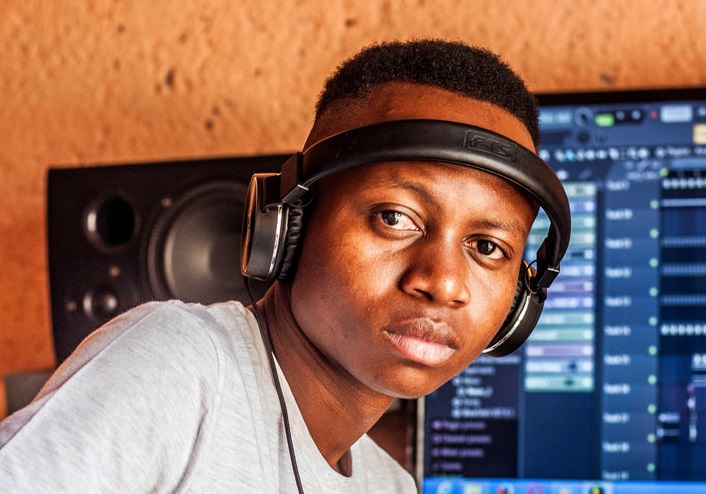 After Teno Afrika, the label Awesome Tapes From Africa continues its interest in amapiano with the announcement of a debut album by the young South African DJ Black Low.

From his home studio in Pretoria, DJ Black Low interprets amapiano in his own way on Fruity Loops, with the ardor of a young, multi-instrumentalist producer. Even if the success of Kabza de Small – originating from the same city of Hammanskraal – inspires him on a daily basis, Sam Austin Audebe doesn’t seek to imitate his idol. By landing on the scene of an extremely popular genre that has now become mainstream, his music is unlikely to dominate airwaves tomorrow. More raw and direct in his ideas, DJ Black Low presents a more underground, DIY sound signature based on distorted samples and synths.

Respecting the codes of the genre – a flirtation with jazz, afro house and kwaito – Black Low dares to go against the trend through Uwami, a project that says a lot about his range of ideas. At only 20 years old, the young producer’s taste for improvisation comes through in an unstructured amapiano album that strikes by its spontaneity, even if it comes from commercial house. He surrounds himself with guests such as DJ La Bengwa and DJ Saxo Boy, then with some vocalists who sing in different South African languages such as SePedi, Setswana and  isiZulu. He is a rookie who can be counted on to experiment and shake up the minerals of a music that gains more and more popularity over the world.

The album will be released on March 12, pre-order it here.