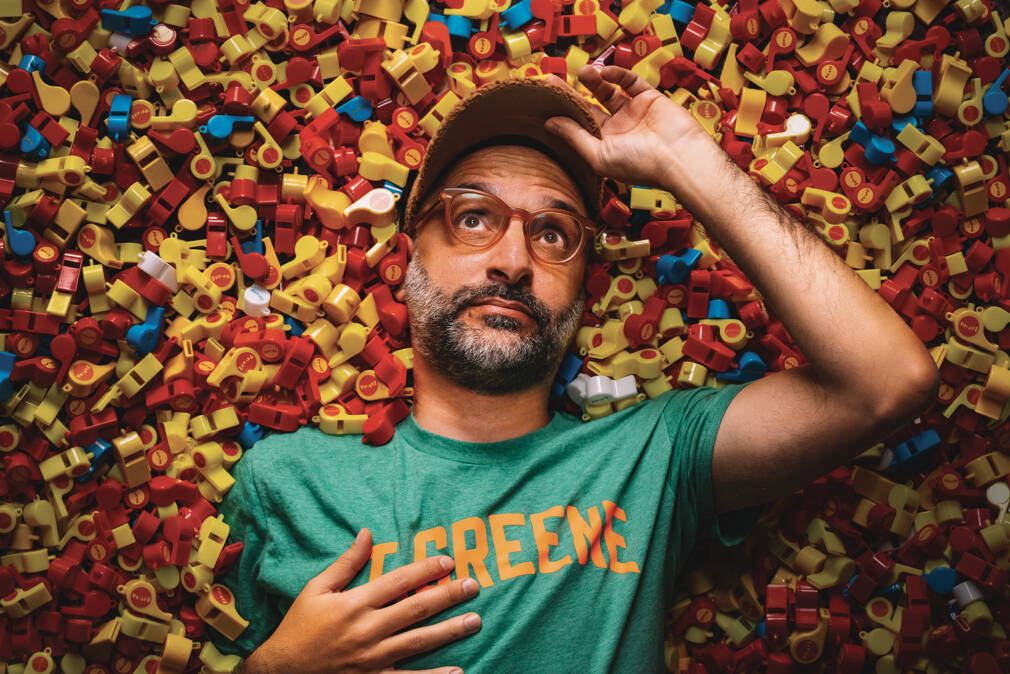 Named after the name of his show on the London radio Worldwide FM, the Luso-Angolan activist presents Neon Colonialismo, Batida’s first album since 2014 and latest post-colonialist endeavours in the Afro-electronic scene.

“I could talk about a new Lisbon that blinks and shines, but that’s not the idea. Acknowledging history is the only way to honour its beautiful natural light”, says Batida. Nothing surprising coming from Pedro Coqueñao, the Angolan born, Lisbon-raised artist/activist (who rejects both terms as revealed in an interview given to PAM back in 2017) known for his revolutionary spirit and punk attitude towards conservative societies. With Neon Colonialismo, Batida sought to provoke a reflection on Portuguese colonial heritage.

Throughout the ten tracks of the album, Batida injects personal and biographical elements and aims to question social changes through an historical approach. To do so, he explores different genres, from Afro dancefloor music to kazucuta, to semba house, to hip-hop, to benga and more. Alternating between vocal and instrumental songs, created during travels between Luanda, Évora, Berlin, Recife, London and Lisbon (which explain the ever-so diverse influences), he used real instrumentation and electronics. The result of which is “intended to be danced to, to think to, and probably also to smile to”.

As always, Batida’s work is foremost a collaborative enterprise, featuring is Ikoqwe partner and fellow activist Ikonoklasta along with DJ Satelite, Bonga, Mayra Andrade, Poté, Nástio Mosquito, Ikonoklasta, Octa Push, DJ Dolores, Lia de Itamaracá, João Morgado, Botto Trindade, Pedro da Linha & Branko. The song “Bom Bom”, released back in April and recorded with the Cape Verdean songstress Mayra Andrade, and the recent “Ah!” featuring Saint Lucia-born DJ Poté who infuses the single with Caribbean-inspired rhythms. In the music video which accompanies the track, very much in keeping with the album’s theme, both producers are seen riding on electrical bikes towards the Padrão dos Descobrimentos, a monument which stands for the beginning of Portuguese colonialism, the Age of Discovery in the 15th and 16th centuries, during which Portugal started its slave trade.

Listen to “Bom bom” in our Songs of the Week playlist.