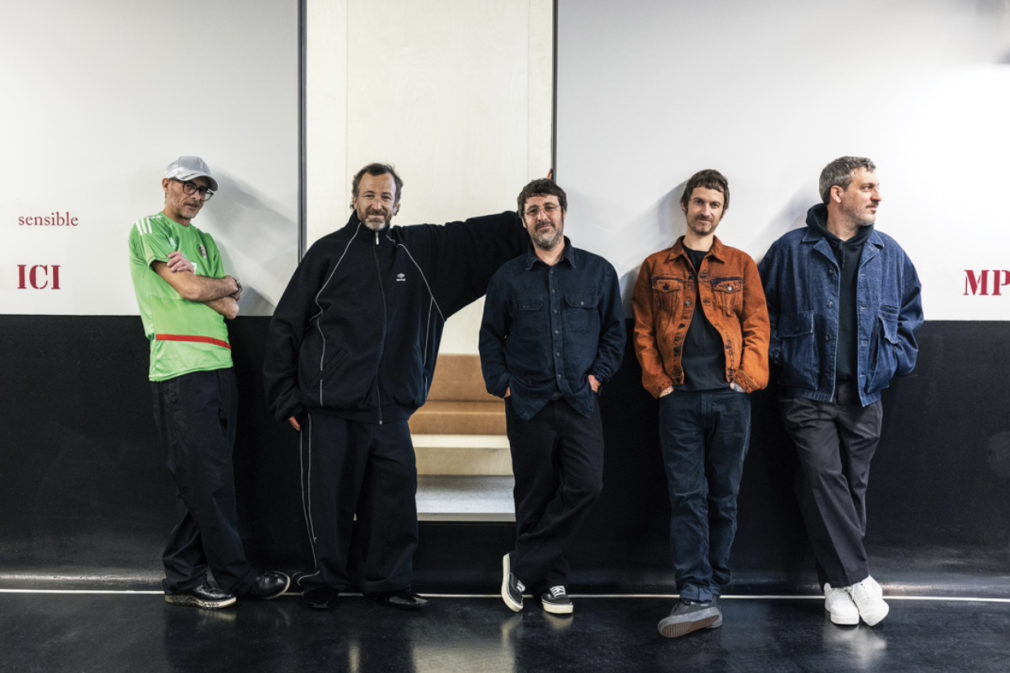 Entitled “Halim Guelil”, this first track announces the release of ٣ (thalátha, three in Arabic) the latest album of the Parisian gang.

Following Musique de France, released in 2016 and Jdid in 2019, Acid Arab is about to drop its third album. ٣ (thalátha, three in Arabic) will be unveiled at the beginning of next year via Crammed Discs. While Jdid, a digital monolith stuffed with bass music bangers, was designed with the dancefloor in mind and to be played live, the band promised their 2023 album would be “focused towards clubs, elevation, sung parts and the many Arabic dialects”.

“We are aware we have developed a strong writing technique, but we are careful not to repeat the same formula on each album”, the five members unanimously express. On this third album, it’s about “the working relationship between all singers and musicians, and the result of all these collaborations, which push us to take the Acid Arab concept further”.

The first guest on the new projet is Cheb Halim (“cheb” means young in Arabic) who embodies the 3roubiya, a musical tradition rooted in rural Algeria, more likely to celebrate a innocent and pure form of romanticism, than the shady atmosphere of the Raï clubs. As Kenzi Bourras’ close collaborator (Kenzi Bourras being the band’s keyboard player), Halim went to their Parisian studio to record “Halim Guelil”. “It is at the heard of this kind of collaborations that the Acid Arab essence is fully expressed”, the collective said. “To reach a creative framework between, on the one hand, almost untouched sung parts, and on the other, our odd electronic influences. To reach an balanced agreement, to create a shared area of musical expression, without either side being forced to make concessions.”

The Acid Arab project began in 2012 on Djerba shores and originated from the founding friendship  between Hervé Carvalho and Guido Minisky who, during a Tunisian festival, agreed on the importance of cherishing a new muse: pan-Arabic music and the musical pantheon on the opposite shore. After releasing seeral compilations, two widely acclaimed albums, lauching a label, putting together an experimental illustrated concert with illustrator Raphaëlle Macaron, and attending many other boisterous gigs around the globe, the pair of DJs ended up becoming a quintet. Producers Pierrot Casanova and Nicolas Borne from Shelter Studio joined the line-up, as well as Kenzi Bourras, beatmaker and keyboardist of the late Rachid Taha.

This year, all five members celebrate Acid Arab’s ten-year anniversary, alongside the many singers who helped them. This new track announces the release of their highly-anticipated third album. The collective will be at the Olympia, on February 9th 2023, and this week-end in Morocco, at the Moga Festival which PAM will be attending as well. Stay tuned!

Listen to « Halim Guelil » in our Songs of the Week playlist.