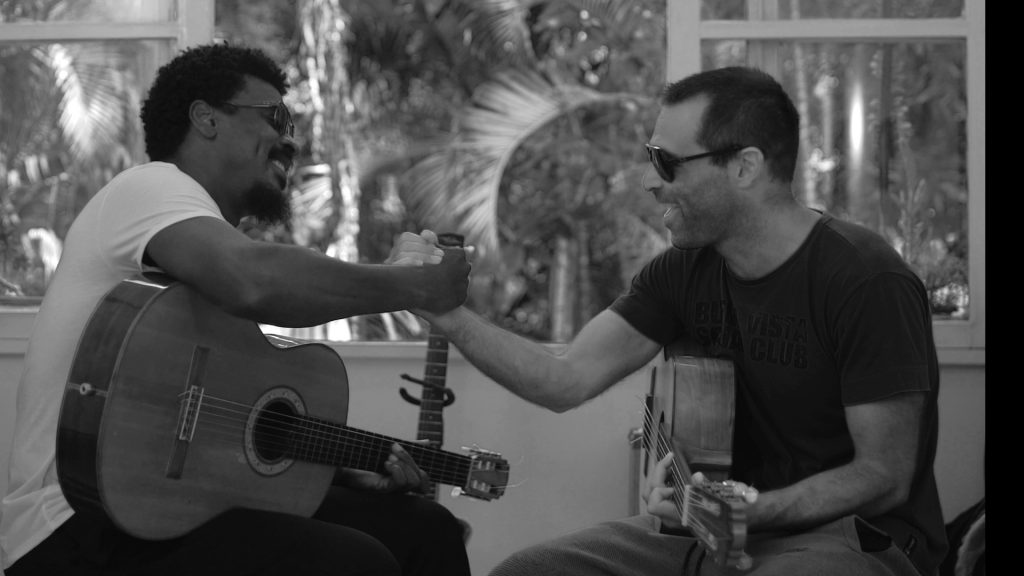 Brazilian singer, guitarist and actor Seu Jorge turns to brother-in-arms Rogê, for their first ever album recording, celebrating 25 years of friendship and companionship as part of the latest instalment on UK based, direct-to-disc record label, Night Dreamer. Similar to his breakout album and Bowie homage, The Life Aquatic, the new record is stripped back and raw but with an altogether different ambition – to create a ‘classic Brazilian record’. Featuring both Seu Jorge and Rogê on guitar and vocals it also enlists the additional talents of two of Brazil’s most sought-after percussionists, Peu Meurray and Pretinho da Serrinha. The seven original compositions recall the pairs plaintive and idiosyncratic melancholy and draws on the likes of Brazilian greats like Milton Nascimento, Gilberto Gil and Jorge Ben.

Like eavesdropping on a campfire session, the one-take direct-to-vinyl process at Artone captures the intensity of the duo’s relationship, setting the conditions for an extraordinarily intimate recording. From concept to completion in four days, the Night Dreamer session commits a lifetime of collaboration and companionship to record for the first time, encapsulated by ‘Caminhão’ – the first song the duo ever wrote together 25 years ago.

Seu Jorge & Rogê Direct​-​To​-​Disc Sessions, out February 2nd 2020 via Night Dreamer. Discover the artwork below and pre-order it now here.