Aywa distills an explosive blend that invites people to gather and dance, bringing together Maghreb chants, rock and jazz in a decidedly modern approach.

In the Gnawa tradition, the Lila (“night” in Arabic) is a trance ritual that calms or relieves the spirits. Songs, music and dance are fundamental, as are these seven-coloured scarves that hold the bodies of possessed dancers. In the spirit of the Lila, the Aywa group from North Africa is pushing its audience towards a striking and liberating whirlwind.

With a first album called “Alwan” (“colours” in Arabic) already planned for 2020, the quintet seizes the traditions of Maghreb, Gnawa heritage, Berber instruments, and infuses them with the electric energy of contemporary music. “Lmouja,” the track just above (which means “the wave” in Arabic), testifies to this desire to draw on its cultural heritage while bringing it up to date by taking it to other sound regions. This last single is also accompanied by a solar new music video shot in the south-east of France, at the mouth of the port of Sète to be more precise. 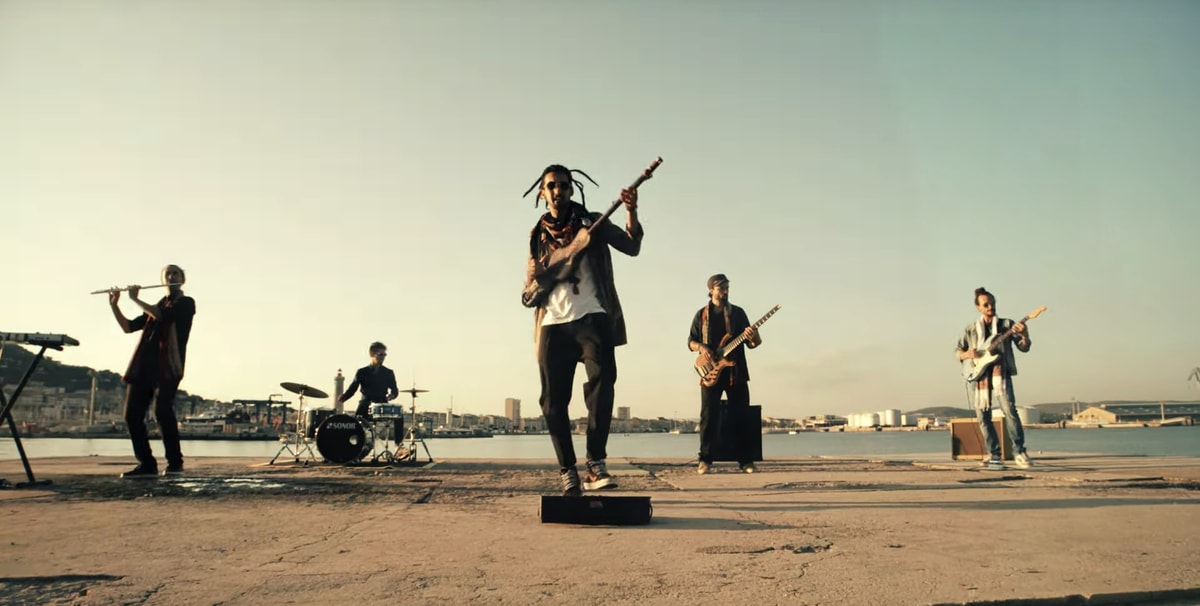