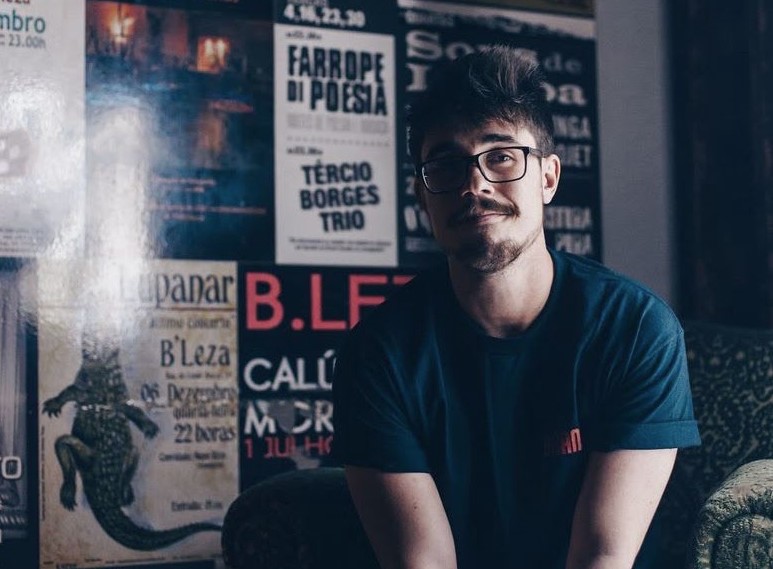 Branko’s protégé on his label Enchufada, emancipated himself by signing “Calores”, a scorching new single from the upcoming release of his debut album, Da Linha.

The young producer and DJ from Lisbon, spotted by Branko himself, is part of this line of lovers of the marriage between electronic and torrid African rhythms, fertilised about ten years ago by the Buraka Som Sistema, and more particularly by its previously appointed leader. After putting his own touch to his mentor’s latest opus on the excellent track “MPTS”, and having closely participated in the success of Mundu Nôbu from Cape Verdean Dino d’Santiago, Pedro began his solo breakaway for good.

Kick-starting 2020 with the release of “Calores”, a record Pedro considers a “significant step up” in terms of his own productions, serves as the perfect entry point into the world of Da Linha. Written over the course of 2019, it feels true to PEDRO; “the album was all about making music that felt at home in my sonic universe, while also opening myself up to more organic sounds”, he explains. “Calores” serves as a final primer to his highly anticipated forthcoming debut album, Da Linha, after releasing in 2019 the Buraka Som Sistema-sampling “Rapazes” and “Too Much”, a breathless collaboration with Nigerian MC, Magugu.