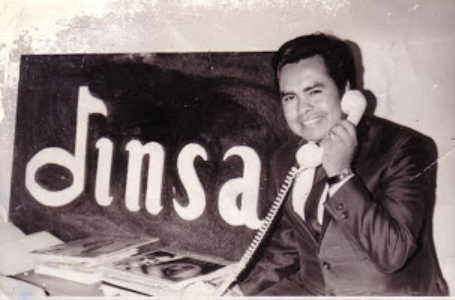 The German-based label has turned up the unreleased recordings of the Peruvian musician dating from the beginning of the 70s.

With this, Analog Africa pays tribute to the great Manzanita. Berardo Hernández, of his real name, left Trujillo, Peru’s third most populous city, for Lima, where he shook up the music scene. This diverse city, where indigenous, African and Spanish populations can be found, was reflected and refracted in Manzanita’s eclectic soundscape and he became known as the ambassador of Peruvian cumbia.

Collector Victor Zela shared Manzanita’s records with Analog Africa, saying, “Take it! Take it! It’s one of the best vinyl records ever recorded in Peru … It’s easily in the top 5.” The compilation mainly includes the sessions that the Peruvian artist gave from 1973 to 1974. A period where psychedelic music, cumbia and Afro-Peruvian rhythms merged to give rise to original and unclassifiable musical genres.

Pre-order Manzanita y Su Conjunto to be released on July 2, via Analog Africa.

Listen to Manzanita in our Songs of the Week playlist on Spotify and Deezer.