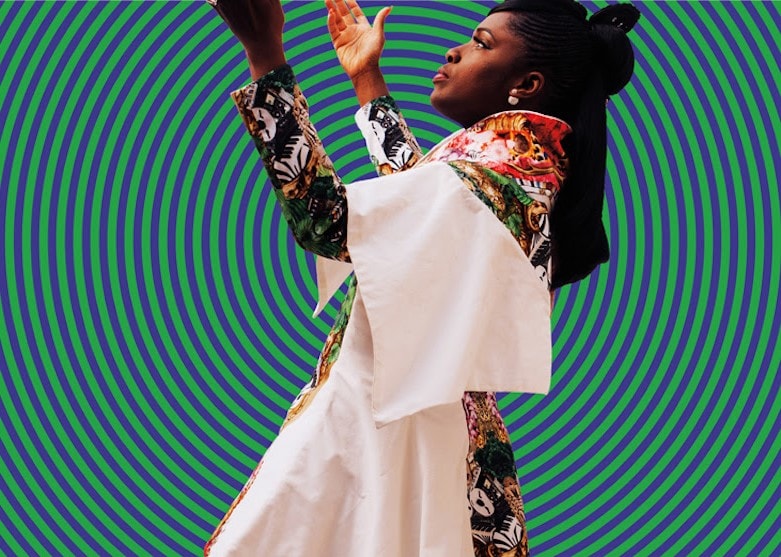 The collective, led by charismatic singer Eno Williams, announced a new album that will be out in March with the track “Tell Me (Doko Mien)”.

Born in London in 2013, the afro-disco project has a highly contagious energy, spread out halfways between England and Nigeria. Through its patchwork of styles, mixing highlife, disco, r&b and post-punk together,  the band breaks down cultural barriers and unites technology and nature, futurism and traditions.

With this new track, the ensemble foreshadows a sequel to Ibibio Sound Machine (2014 / Soundway) and Uyai (2017 / Merge Records).

“Doko Mien” (which means “Tell Me Everything”) confidently yearns to become a hit, with the powerful voice of Williams resonating over futuristic and groovy instrumentals, both in English and in Ibibio, a language spoken in Nigeria.

“Together, we can travel through time and get together in a futuristic present. We hope to give people at least one good reason to wake up, sing, dance and be happy”

Ibibio Sound Machine’s Doko Mien will be out on march 22nd 2019. Pre-order the album on Bandcamp.

Listen to Ibibio Sound Machine and other artists in our playlist Noir Wave on Spotify and Deezer.

Read Next: 5 Nigerian classics albums of the 80s