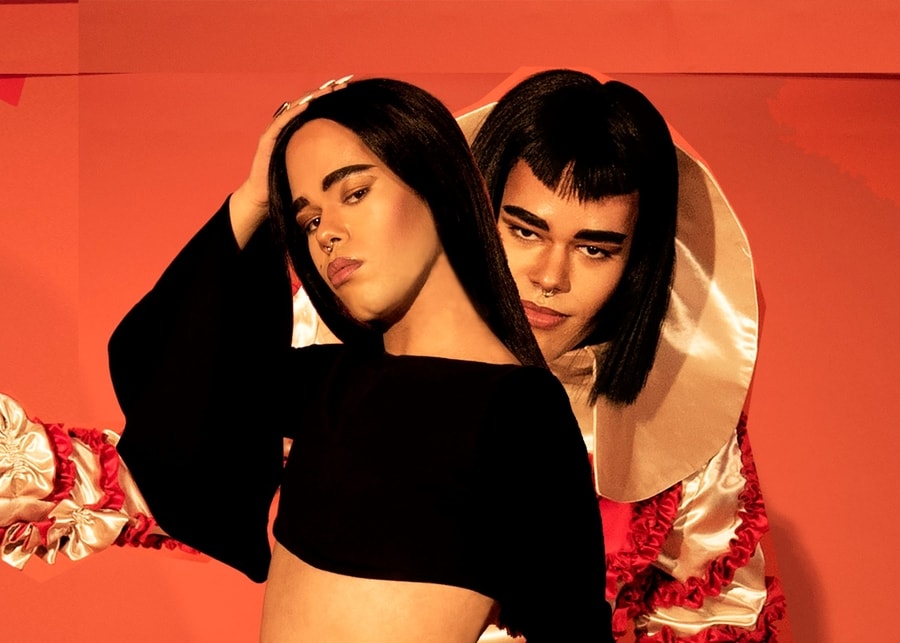 Known so far as one of the founders of Non Worldwide collective, alongside Chino Amobi and Nkisi, Angel-Ho is back now on Hyperdub for her new album, Death Becomes Her.

The DJ and electronic music producer shifts things up to another level, describing “the record as her debut proper, a line in the sand, showcasing her as a performer, producer and lyricist, as well as a collaborator.”

Taking inspiration from Lady Gaga, Missy Elliot, Bjork through to Kanye West, Death Becomes Her is a “radical album of neo-pop pushes the pop framework even further, often teetering on the brink of vertiginous chaos and dissonance, whilst slowly revealing its depth and grandeur once you settle into its sound world.”

Lyrics talks about love, sex, glamour and struggle, universal fantasies, treated
with an ambiguity, restructuring the narrative within a trans-identity. Her choice of guest MCs also reflects this energetic queering with K-$ and Qweezy from Cape Town, plus underground Asian American rapper K-Rizz, laying down assertive bars on the first single – listen below.

Alongside a cast of collaborators that include French producer Nunu, South African producer Baby Caramel, Asmara Maroof from Nguzunguzu, Bon and Gaika, Angel re-orientates the usual trans-atlantic pop sound to encompass a brace of experimental, diasporic producers to create beats that alternate between angular, propulsive, murky, loose, abrasive and breezy.

Death Becomes Her will be out on March 1st, 2019, via Hyperdub. Pre-order the album on Bandcamp.