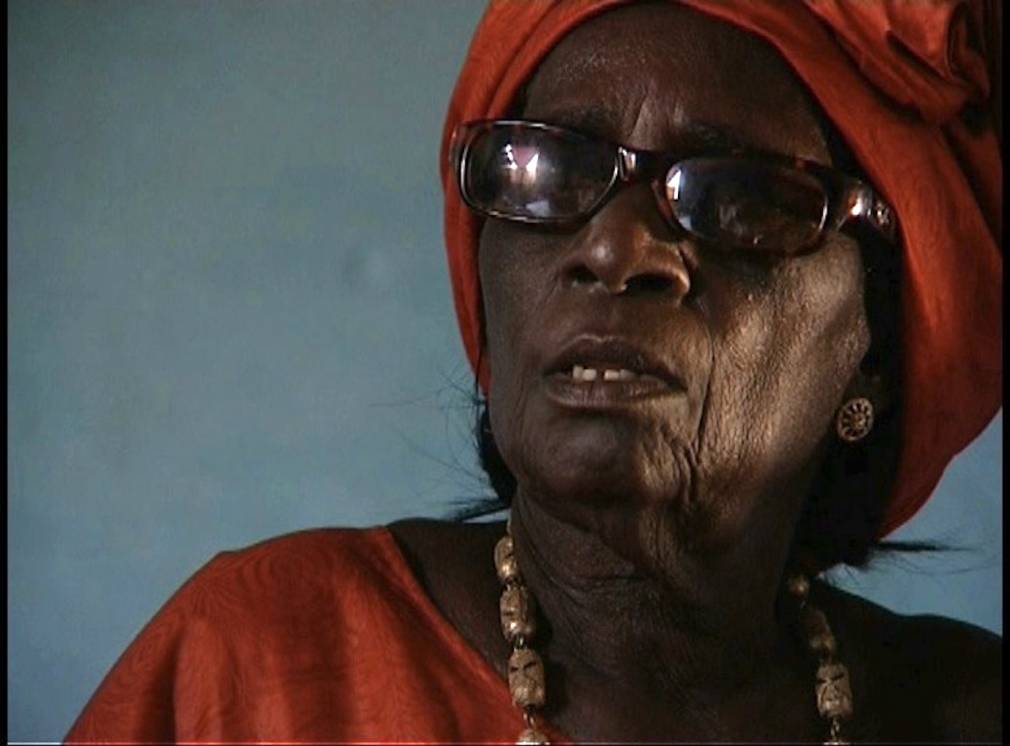 Yandé Codou Sène: the griot of the poet‑president

It is impossible to talk about Senghor, the first president of independent Senegal, without talking about his griot Yandé Codou Sène who made the Serer culture shine. Thanks to Youssou Ndour, she was made known to the whole world.

Yandé Codou Sène is an emblematic figure of Senegalese culture, particularly that of the Serer people, whose heritage she shared with Léopold Sedar Senghor, also from the Sine region. The latter, who became president of independent Senegal, put this woman with a deep and captivating voice in the spotlight. Throughout his reign, he was to be accompanied by this great lady, written in history as the “griotte de Senghor”. To recount the reign and the life of the poet-president, Senghor, without talking about Yandé Codou Sène is an almost impossible exercise. Their lives are linked. Both Yandé and Léopold share a love for their region of origin. For the storyteller and writer Massamba Gueye, they are “two sides of the same coin”.

Born in 1932 in Somb, in the great province of Sine-Saloum, Yandé Codou Sène was introduced to Serer singing by her mother at an early age. She acquired vocal knowledge, assimilated historical texts and astutely attended family ceremonies in her region where she began to show the promise her unique voice. Very quickly, her reputation spread beyond the borders of her region. Senghor, who met her at his brother’s house when he was only 16 years old and already a member of parliament, would consecrate her as a national icon when he reached the top of the State. Born into the Sine bourgeoisie, he grew up with Serer song and poetry. Having become a poet and a politician, Yandé Codou Sene is the one who transported him back to his childhood kingdom. When Yandé Codou sang, Senghor remembered his native Joal, his parents, his ancestors and his deep culture. This is why he made her his “official” griot. During the political tours, Yandé Codou had to precede Senghor in each city, to welcome him by singing. To top it all off, she was the only person who had the right to interrupt the President’s speeches to spontaneously sing one of his legendary songs of praise. Senghor built a house for her and gave her a car, in addition to other priceless gifts. The singer moved the world by singing at the funeral of the President-poet in 2001.

After the father Senghor, the son Youssou

But despite her fame, the great lady didn’t record an album in her name until 1998, called Night Sky in Sine Saloum. Like the famous singer Aminata Fall, she discovered the studio late in life. Three years earlier, in 1995, Youssou Ndour, aware of the heritage that Yandé Codou represented, had decided to work to promote her to the world. They recorded the album Gaïndé and another called Youssou N’Dour Presents Yandé Codou Sène, both very well received by the critics. This was followed by tours all over Europe. But this time, the griot sings without the President (though with a future minister).

Among her most beautiful hits is “Gaïndé” dedicated to the lion, emblem of the Senegalese nation, in which she sings of the bravery of the king of the forest: “The Lion does not feed on leaves. He slaughters his prey before devouring it,” she sings. It is an invitation to work, patience and perseverance that she addresses to the youth of her country.

There is also the song “Less Waxul”. Although performed by Youssou Ndour in a previous album, the cover that the diva will do with her “son” Youssou is breathtaking. The text, which denounces hasty judgments and slander, reminds us of the need to go to the source to get the right information; to step back and analyze before condemning or taking a position. The third hit worth mentioning is obviously “Léopold Koor Joor” that Yandé offered to her President. She dedicated many others to him, in this typical style, where the a cappella singing and the polyphonic choirs dominate the song before being joined by the other instruments. A pure masterpiece.

The traces of a griot icon

Yandé Codou has also sung for film soundtracks such as in Safi Faye’s Mossane released in 1996, but also in the soundtrack of Faat Kiné by the great director Ousmane Sembene in 2000. Finally, in Karmen by Joseph Gaï Ramaka, Yandé plays the role of a singer on the river. Her exciting life has also been the subject of multiple documentaries including Yandé Codou Sène, la Diva sérère, by Laurence Gavron in 2008 and Yandé Codou la griotte de Senghor by Angèle Diabang.

Yandé Codou sings for the Serer country, testifies to the richness of Senegal and enriches its universal heritage. The 20 years in power of her Leopold was enough to accomplish all this. When he left his position as Head of State in December 1980, Yandé continued her career far from the palaces while continuing to be the guardian of the history of the Sine-Saloum. Naturally, she did not care about the later years that Senghor’s opponents remember, the hunt for opponents. What interested her was not the debate on management, it was her Senghor, it was her Sine.

After a full life in the service of Senegal and its President, Yandé Codou left us in Gandiaye, in the region of Kaolack, in 2010 at the age of 78. She has left heirs who continue her work, including her group of choristers Amy Sène, Khady Diouf, Guigneba Sène, Fatou Gningue and especially her daughter, the talented Aida Mbaye.