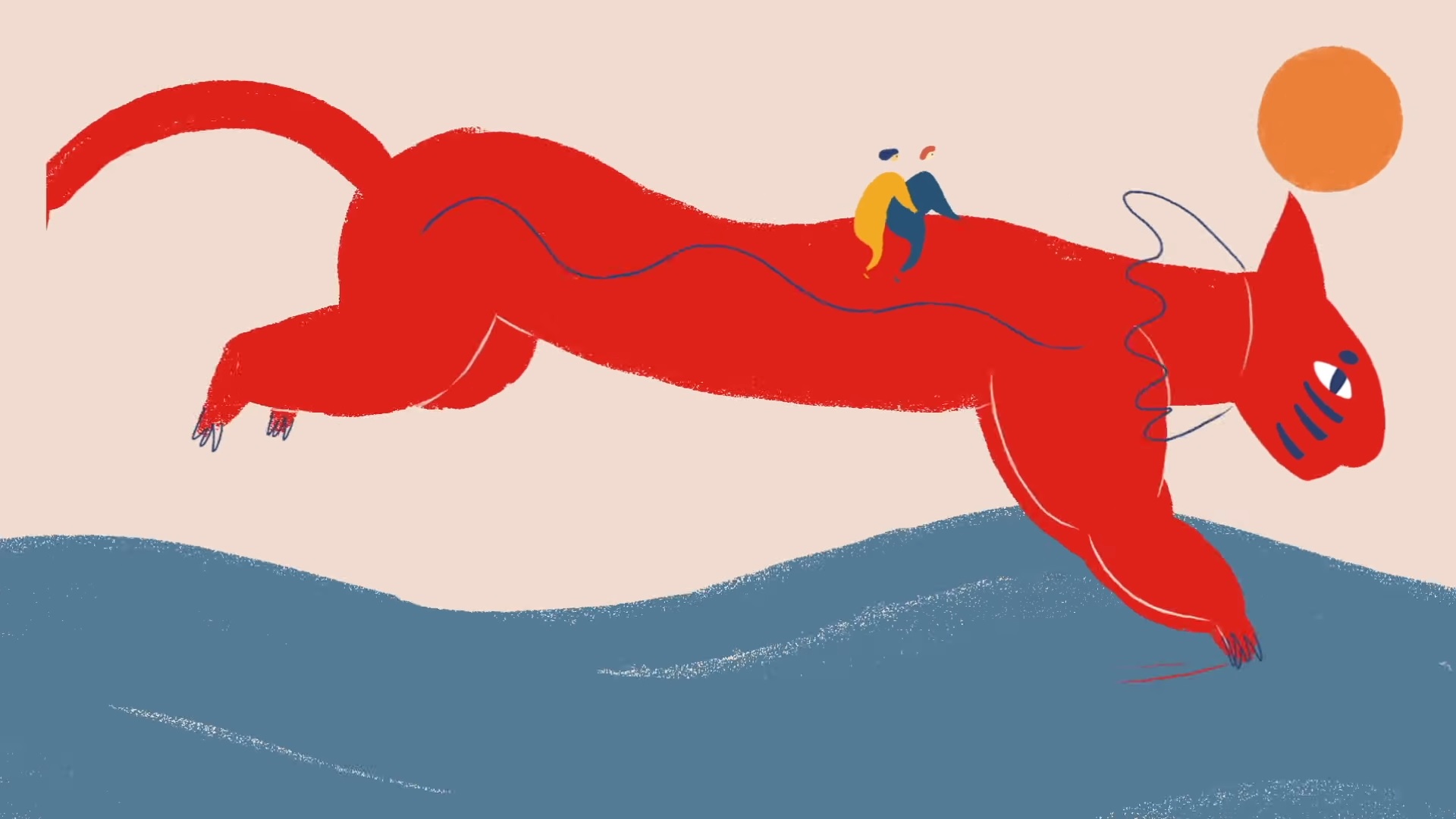 A collaboration between Gerald Toto, Richard Bona and Lokua Kanza, Toto Bona Lokua have today released the new animated video for their current single ‘Ma Mama’, directed by Partizan’s Katy Wang (It’s Nice That Graduate Of The Year 2017).  Their upcoming album ‘Bondeko’ is the long-awaited follow up to their much-praised debut release, 2004’s ‘Totobonalokua’.

Katy Wang’s creation for ‘Ma Mama’ incorporates the tender love story at the heart of Gerald Toto’s song-writing into a colour-popping animation, influenced in part by the vivid palette of traditional African textiles. Says Katy of the animation; “After finding out that the band was made up of three singers from France (Martinique), Cameroon, and the Republic of Congo, I was inspired to research African textiles, particularly Kuba cloth, which originates from the Republic of Congo. The overall feel of the film is dreamy, surreal, and visually exciting to watch – it’s a love story but told in a very innocent, playful way, of two people exploring this animated world together.”