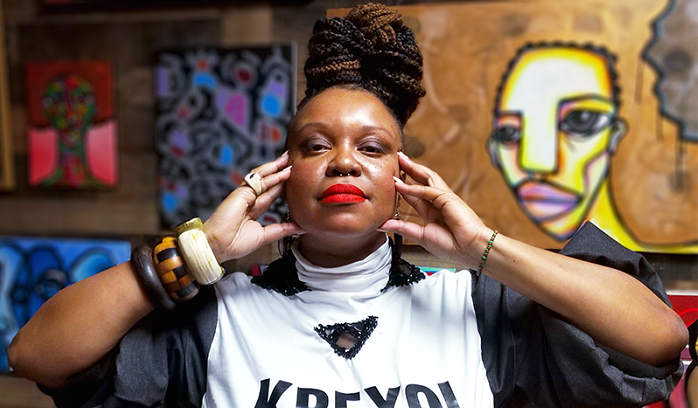 PAM Club: Sabine Blaizin, a messenger of the Haitian diaspora

Sabine Blaizin is an enthusiastic ambassador of the Haitian diaspora in New York and enters the PAM Club with a mix of productions released on her own label, Oyasound.

“Mind, Body and Soul” made it clear that the PAM Club needed to reach out to Sabine Blaizin back in early 2021. Alongside singer Paul Beaubrun and percussionist Okai Musik, she celebrated the trio’s Haitian roots on an ultra-fresh Afro-house anthem, which had been ready to hit the dance floor for a while. For this exclusive set, she presents seven of her tracks, which have been released on Oyasound Productions (a reference to Oya, the Yoruba goddess of storm, lightning, death and rebirth). The project was created to promote the cultures of the African diaspora through the prism of electronic music and spirituality.

A key activist for many years, Sabine promotes cultural exchange with the island of Haiti through a multitude of projects that she leads voluntarily with an energy based on personal commitment. Aside from DJing the Earth’s four corners she highlights the music of the African diaspora through residencies, conferences, installations, party organization, event curation and other aspects that she details here. Discover the sound of a force to reckoned with, whose offering overflows with with creativity and contagious passion.

More info on the Oyasound label here and here.