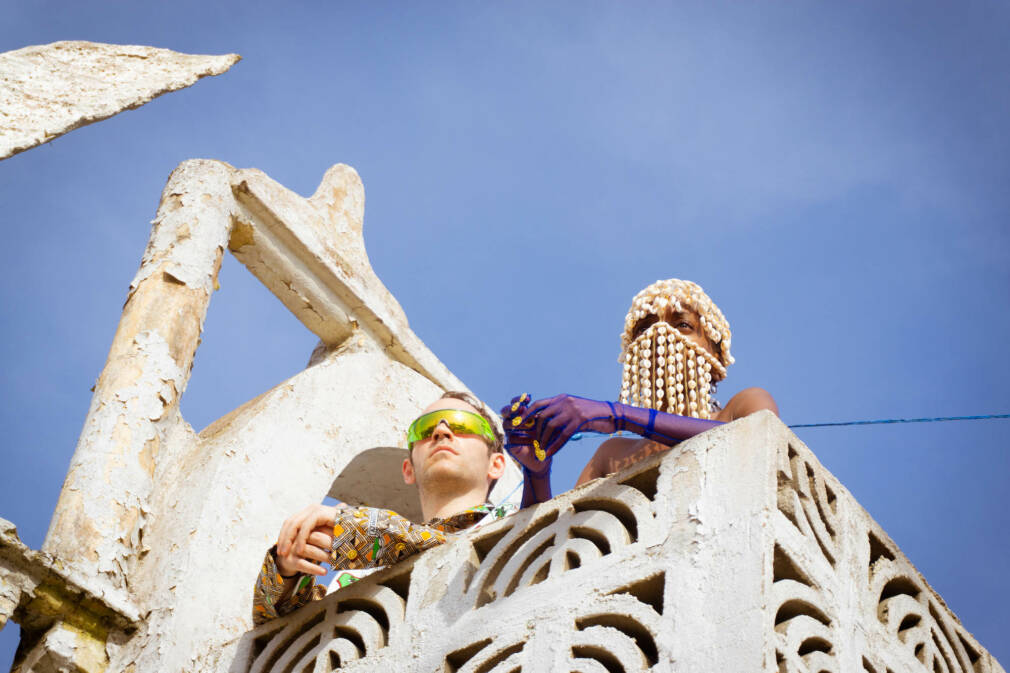 Ivorian Asna and French anyoneID merge to become Kass Kass Rizer, a new afro-mutant entity that promises to devastate everything in its path, as evidenced by this explosive PAM Club! Catch the duo live for the first time at Nyege Nyege Paris this July 16th.

After the slap that Asna and anyoneID gave with the dancefloor-killer “Abissa“, it would have been unthinkable that this collaboration remains ephemeral. Fortunately for the Afro-club planet, the duo decided not to stop, officially associating under the name of Kass Kass Rizer, an extremely promising embryonic project. On the one hand, the Parisian anyoneID puts his hybrid club touch inspired by the global scene, be it afro-house, baile funk or reggaeton. The man who has worked with artists such as Bagarre and Yelle combines his universe with that of Asna, who has become the face of the Blanc Manioc label since her single “Atalaku” was released last year. This visual artist based in Abidjan found herself propelled on the stages of the best Afro-electronic events such as Afropunk or the Maquis Electroniq, to share her rhythmic explorations and her conception of trance. This set is a taste of what you will hear on July 16th, during the Nyege Nyege Festival in Paris. You are not ready!