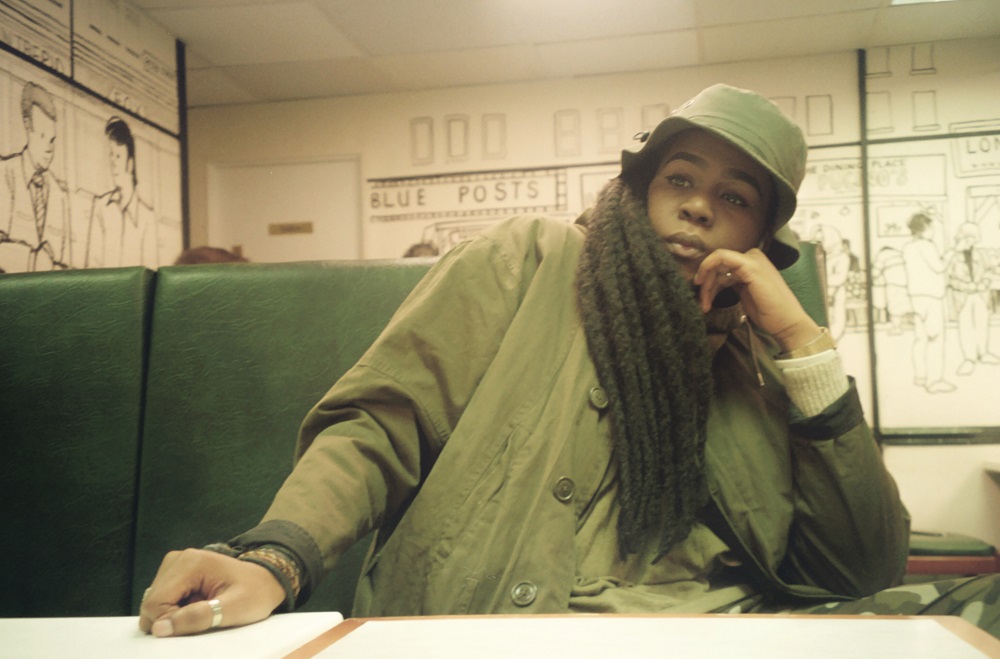 When Lex Amor performs, the rest stay quiet. The walls fall and suddenly, a certain vulnerability sets in. Somewhere between rap and poetry, the Londoner takes stock of her life by whispering introspective verses on the nine songs that make up her first album, Government Tropicana. “It’s a 100% DIY album,” she explains, surprisingly. “Most of the songs were recorded in my bedroom and produced by my friends. There was no kind of external help or assistance, it’s very homegrown, and I think it’s representative of this time.” Despite the rudimentary aspect of its genesis, Government Tropicana sounds like one of the best hip-hop albums of the year.

A member of the cast within the collaborative project Extra Soul Perception — which PAM got to know  here — Lex Amor considers this band of ephemeral artists as a “family, a community with collective reason and creativity.” ESP has left positive after-effects on the artist, freeing her from her chains: “ESP is an open plan,” she continues, “with these different voices and experiences, the music needed to be given space to be able to flourish, it was very impactful for me.” Traveling from one home studio to another while writing lyrics on the road, Lex Amor is finally ready to deliver a slice of her musical journey and her current state of mind. Floating on the music thanks to her disarming  charisma, she has surrounded herself with talented friends and family on a few verses, and enhanced the flow with smooth production. “One thing I do love about music is the community, the family who supports me,” she says. “I mean, it was not even a case of choosing people, these are people I make music with, people I’m around. We were in the studio, we made songs and it happens that these songs are in this project, it was me and my friends, organic vibes and music. These are people I respect highly, friends first, but I am also a fan of their work, collectively and individually.”

Behind the sensitive UK garage vibe of “Moesh,” the poignant “Plant Your Feet” or the shiver-inducing, magnificent “100 Angels,” lies her life story, which she relates through an early generation of black workers that came to work in London. “The first thing that comes to my mind is the multiplicity of communities I was surrounded by while I was growing up,” she says. “That kind of exposure determined how I speak, how I think, and how I navigate my own journey. I feel very blessed that I grew up around many different cultures and it formed a lot of what I’ve become and is now exploding in this project.” Lex Amor surveils her own evolution in a cosmopolitan capital, far from her roots, which she sometimes honors by singing in Igbo, the language and dialect of eastern Nigeria. An absolute revelation, Government Tropicana is a 30-minute masterpiece that resounds with confidence, disarming the listener while pulling them in …

The album has been available since September 18 on the artist’s Bandcamp page.

Blaqbonez becomes Oxlade, Asake and Ayra Starr in new visuals for “Back...
News