Burkinabé rapper and activist returns with Faaso, a new EP to drop before the end of the year. He just unveils the first single “J’ai mal au Congo” with a rough music video.

Joey le Soldat returns today with the announce of a new EP Faaso, a brand new project with new inspirations, more trap than ever. On this new track,”J’ai mal au Congo”, Joey calls for the pursuit of the Congolese youth for the fight of its pride and liberty.

Rapper Joey Le Soldat is the grandson of a sharpshooter and the son of an independence militant fighter, raised with American rap in one ear and the words of traditional African storytelling musicians in the other. After the release of his first album Burkin Bâ in 2014, Joey’s popularity grew in Europe, while his fame exploded in Burkina Faso as he joined a massive youth uprising overthrowing President Campaoré, a ruler who had held power for 27 years.

Faaso, out December 12 via Red Lebanese/Studio X8. Discover the album cover and the tracklist below. 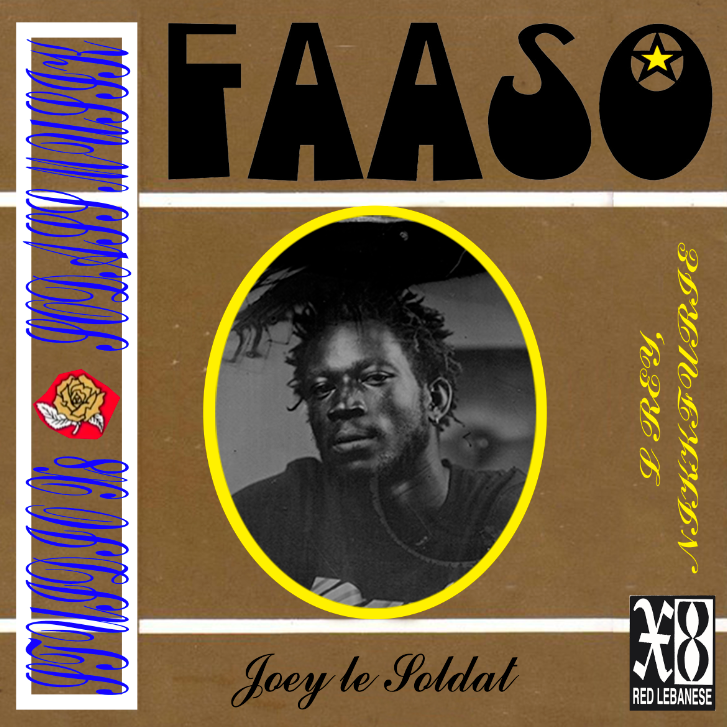