The Ripple Effect marks the reunion on record of two great musicians, on one side the American banjo master Béla Fleck, and on the other the fabulous Malian kora player Toumani Diabaté.

Bela Fleck announced the release of new collaborative album The Ripple Effect with kora master Toumani Diabate as part of the compilation Throw Down Your Heart: The Complete Africa Sessions. The banjo virtuoso also shared the first single from The Ripple Effect, “Nashville.”

Throw Down Your Heart: The Complete Africa Sessions brings together Béla’s Grammy-winning 2009 album Tales from the Acoustic Planet, Vol. 3—Africa Sessions along with Africa Sessions Part 2: Unreleased Tracks as well as The Ripple Effect with kora player Toumani Diabaté. The kora is considered as a forerunner instrument and cousin of the banjo. The collection, including three discs of music and a DVD, document Fleck’s journeys in Africa to discover the roots of the banjo.

“I knew that my beloved instrument had originally come from West Africa,” Fleck wrote in a statement. “And from time to time I found tantalizing tidbits of African acoustic music that gave me the confidence to know that there was a phenomenal amount of incredible stuff going on under the radar.”

The Ripple Effect is due out on March 27 via Craft Recordings. Discover the album artwork and pre-order it now here. 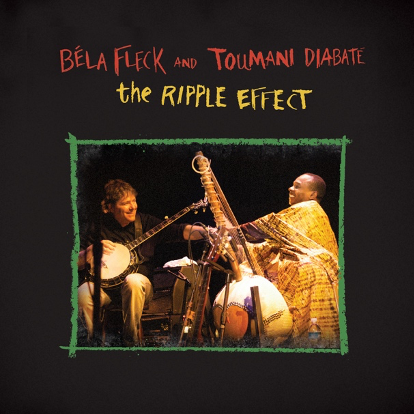