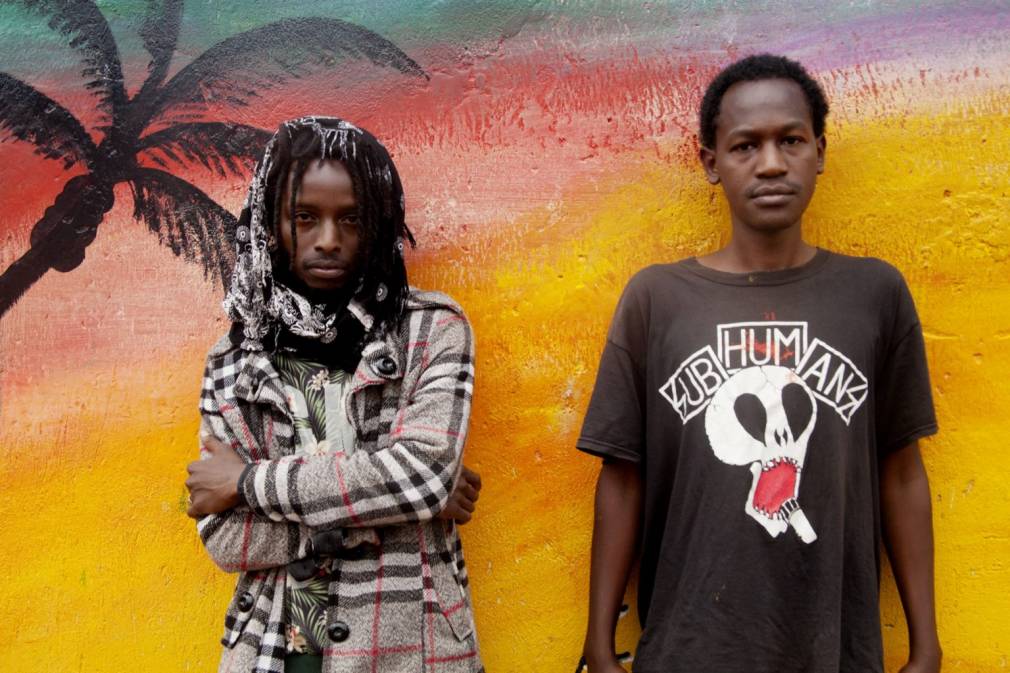 Comprised by vocalist Martin Khanja aka Lord Spike Heart and producer/guitarist Sam Karugu, Duma has become a reference point on Nairobi’s undeground punk-hardcore scene alongside Lust of a Dying Breed and Seeds of Datura. Though a metal radio station existed a few years ago, the band feels that metal music is generally perceived as satanic in the country: “People are tired and they’re fucking bored.”  In response, Sam Karugu offers: “fucked up music that I’ve never heard before.”

Their self-titled debut album, released on Nyege Nyege Tapes in 2020, made a deep impression. Pitchfork even stated that “few records released this year capture both the chaos and anxiety of our current moment so well.” In Sub Pop Singles Club Vol. 6, “Cannis” and “Mbukinya” expose the underground metal scene of the African continent through a subtle mix of genres, built through guitars, trap-electro and drums – a transformative cocktail of metal, punk and electronic music. Duma is renewing Kenyan music in a singular fashion.

Listen to Duma in our Afro + club playlist on Spotify and Deezer.