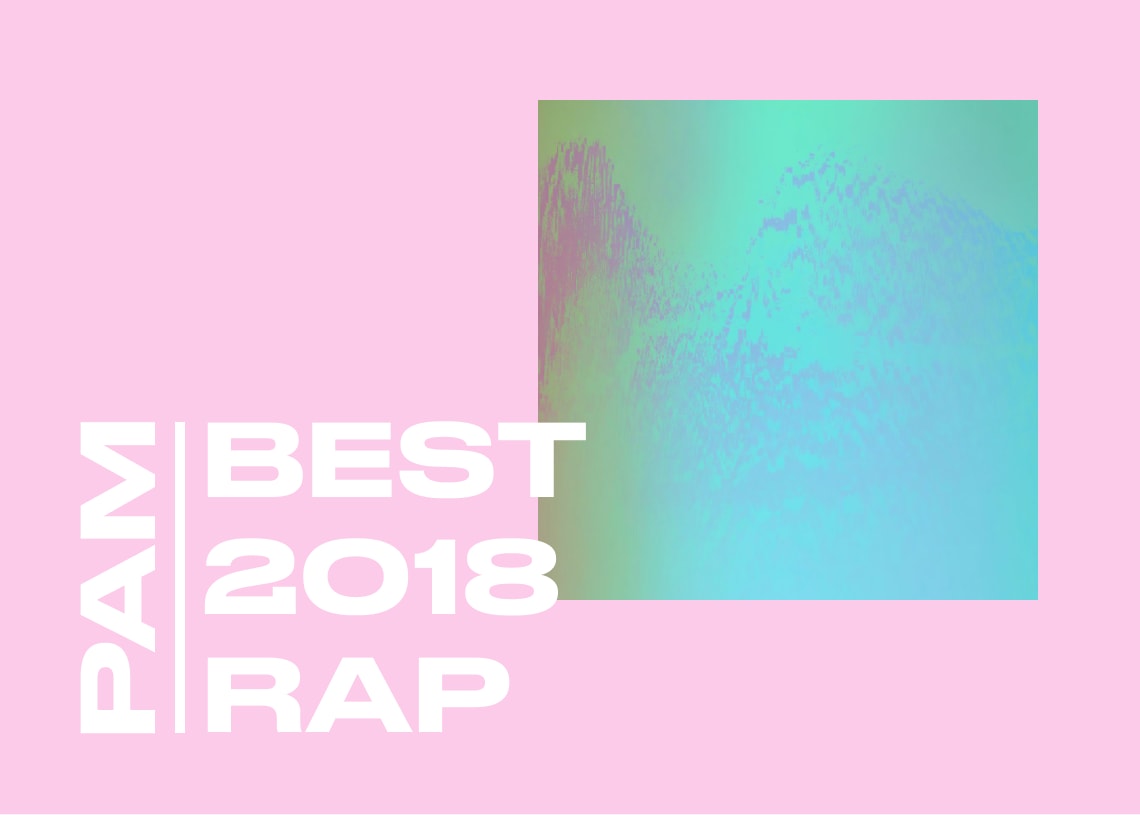 Here are our 15 favourite Rap albums of the year.

Listen to selections from this list on our Spotify playlist and Deezer playlist. 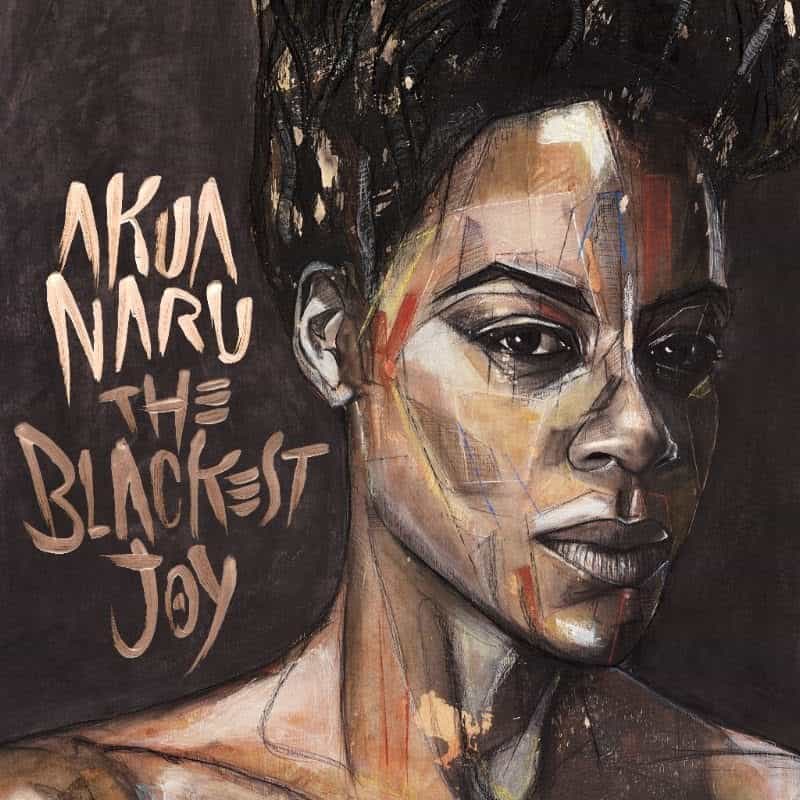 The Blackest Joy is the latest offering from US hip-hop artist/activist Akua Naru, with this being her third studio effort. The album is a mixture of genres ranging from Jazz, Blues, Hip Hop and Soul, with a feelgood factor that comes with deeper lyrics that should not go unmissed. Akua also incorporated different languages like Swahili or Sesotho, representing the different cultures she experienced travelling. 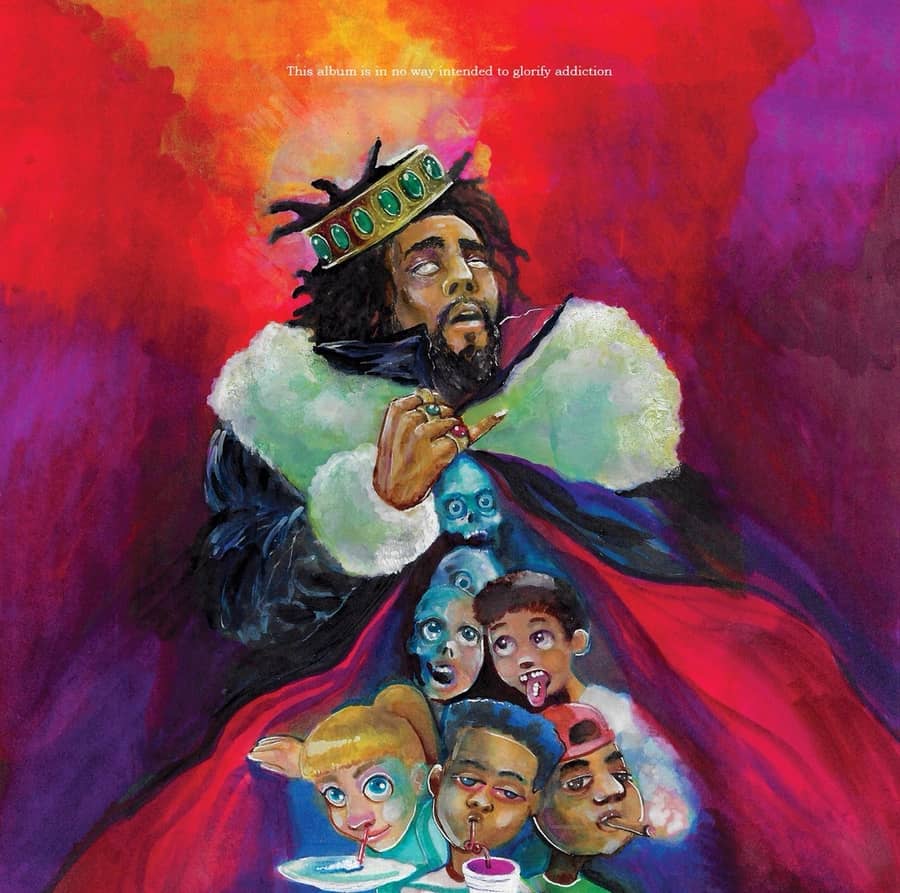 Once again this year J. Cole caught his fans off guard by unveiling at the last minute the release of his new album KOD (‘Kids on Drugs’, ‘King Overdosed’, ‘Kill Our Demons’), without any teasing strategy, no official statement, or even a single premiere.

The new project is not as jazz oriented as his previous album 4 Your Eyez Only released two years earlier, but J. Cole continues to explore the themes that are dear to him: anti-materialism, responsibility of speech of Hip Hop artists, addiction, racism, lack of solidarity in the black community… 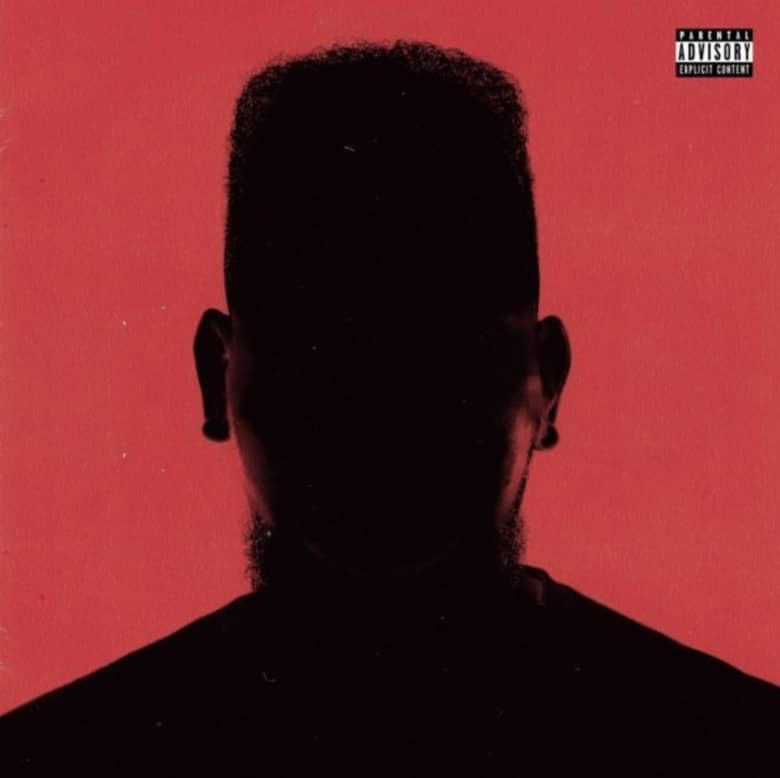 South African hip-hop bad boy Kiernan Jarryd Forbes, better known as AKA, released his highly anticipated third studio album in June. Touch My Blood is a heavy dose of rap, sprinkled with a fair amount of pop to fit into modern trends. There is music to make you dance and also enough to fill your book of quotables. 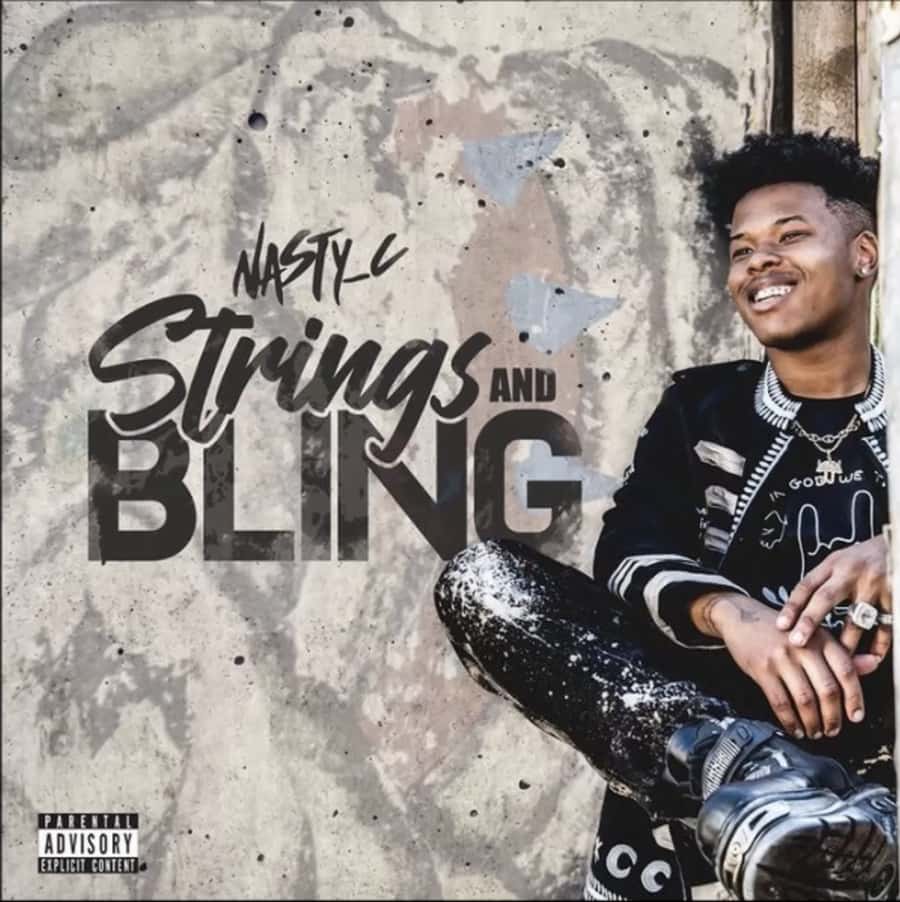 South African Hip hop head honcho Nasty C has blessed fans with some new heat with the release of his album Strings & Bling. The uber talented music sensation is known for some hard bars and hit lyrics and this album is no different. After the astounding success of his debut album Bad Hair, which introduced fans to a skilful MC, the new album cements his place as a wavy trapper and a smart, intuitive rapper. With rap songs like ‘Jungle‘ and ‘Blisters‘ or pop songs like ‘Gravy‘ it has been dubbed as one of the rappers best releases yet. 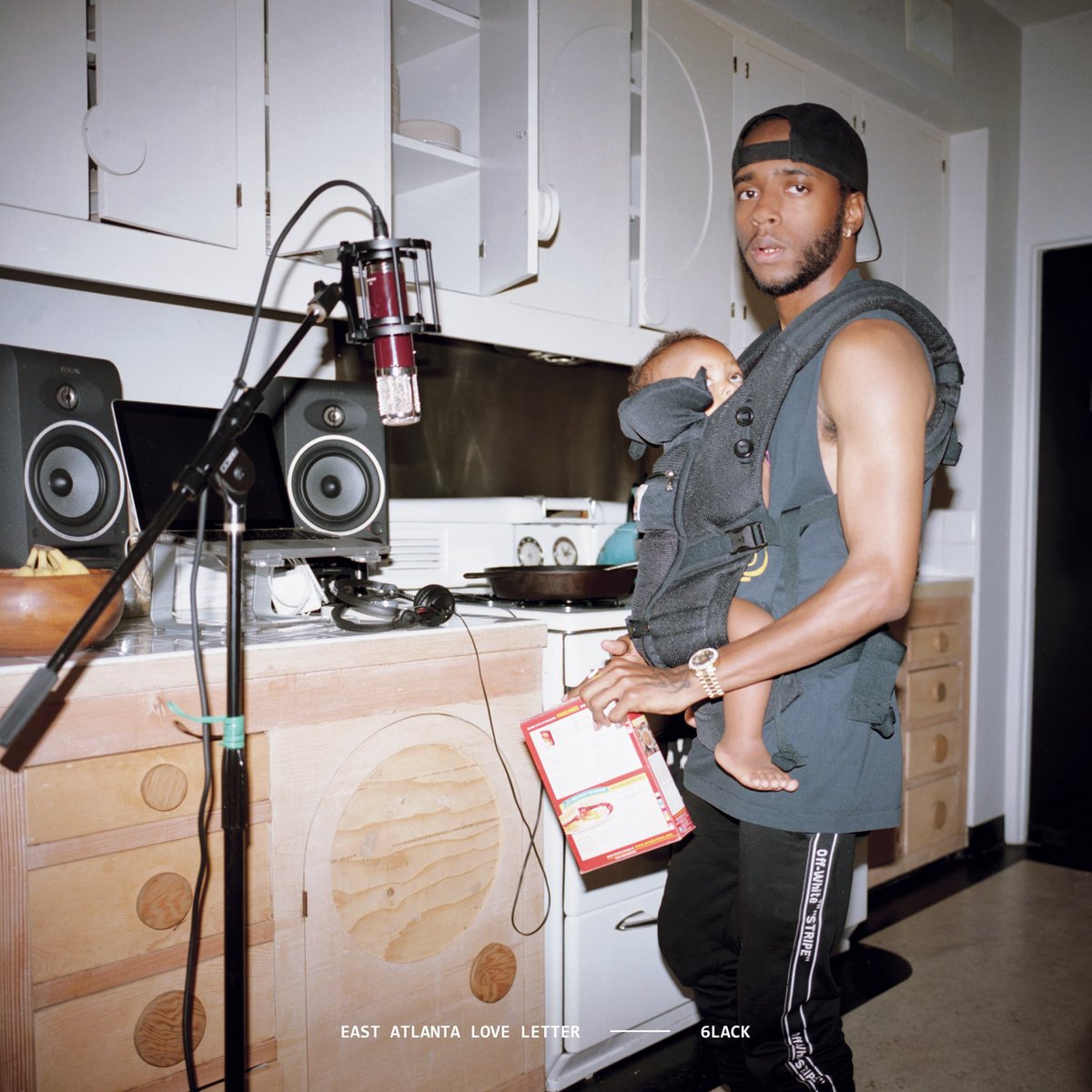 He was the big R&B sensation of 2017 in the US. Singer/rapper 6LACK was nominated for two Grammy Awards following the release of his first album Free 6LACK in November 2016. He has since collaborated with JID, Syd, Jhéné Aiko, Khalid, Ty Dolla Sign, Kodak Black…  So yeah, this latest album East Atlanta Love was highly anticipated. 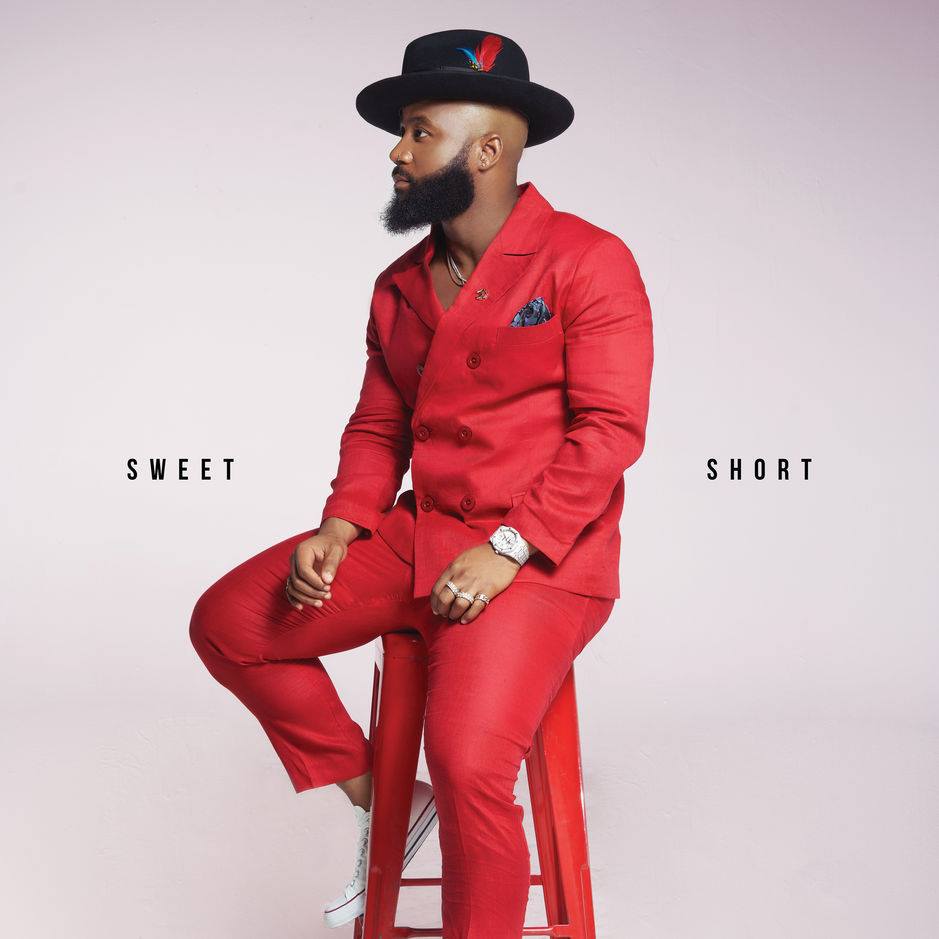 If anyone is killing the hip hop game on all fronts right now it is Cassper Nyovest. The South African hip hop mogul recently penned down a historic distribution deal with Universal Music, The deal will see Universal Music Group assist Cassper and his Family Tree label with the release and distribution of his new album Sweet & Short released on the same day as his #FillUpMosesMabhida concert in Durban. The album pays homage to Cassper’s kwaito influences and it is anticipated to be different with additions of new age, neo-kwaito sounds.. 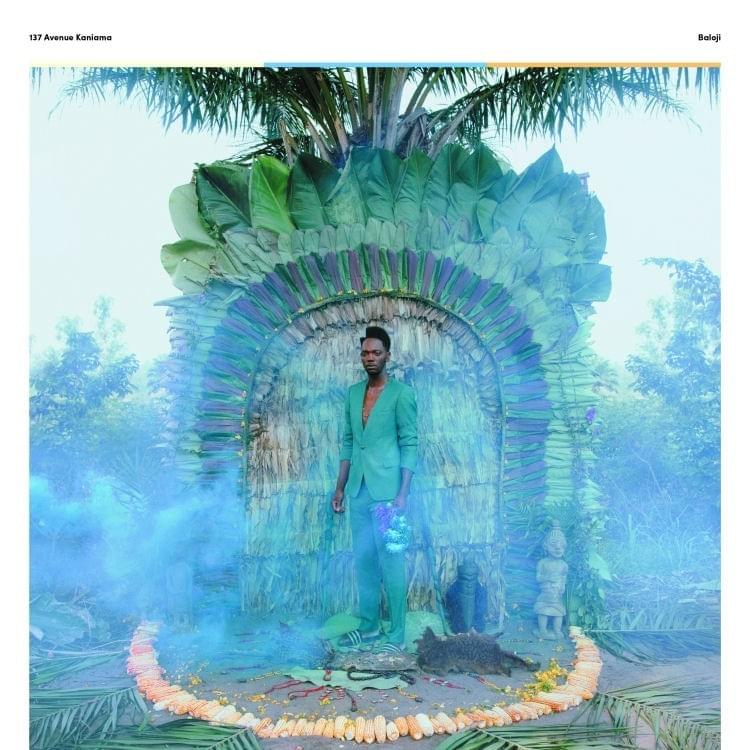 The album 137 Avenue Kaniama is the confirmation of the formidable artistic statement we all became aware of from the release of Hotel Impala, Baloji’s first solo album, in 2008. It is the distillation of a rhythmic atmosphere which calls on the musical heritage of the 1970s, that era of artistic apotheosis, when Afro-American artists were inspired by African music and vice versa. We are in a patchwork universe here, rich in words, parables, a universe of stories, poetry in motion, which points a finger at the failings of our societies, now ravaged by collateral damage from globalisation.

Congolese rapper Youssoupha, son of Tabu Ley Rochereau, returns with a new album inspired by his childhood. Polaroïd Experience  tells his story as a rapper from Kinshasa to Cergy. The 12-track album deals with his family, his vision of the world we live in and the woes of society. At almost forty years old, Youssoupha returns to spontaneity. Less sophisticated than previous albums, the music production is at the heart of the story telling. Mixing modern and traditional sounds, Youssoupha brings on poetry, irony and ego-trip with pure talent. This is one of the most anticipated Hip Hop albums this year: DiCaprio 2 by J.I.D.. Since its signing in 2017 on J. Cole‘s label, Dreamville, the Atlanta artist has got all eyes on him with the release of his critically acclaimed album The Never Story. After some very good collabos, a tour with J. Cole and his friends from Earthgang, J.I.D. has teased his new project for several months including the release of two excellent cuts from the album, ‘151 Rum‘ and ‘Off Deez‘ with Cole. Nigerian star of Afrobeats Mr Eazi unveiled a new mixtape Lagos To London, which as its name suggests, brings together naija and English artists, but not only. We find Maleek Berry, Burna Boy, Giggs, Chronixx, Sneakbo, Diplo, Rudimental on the tracklist of this project of 15 tracks oscillating between Reggae-Dancehall, Naija Pop, Afrobeats, and Hip Hop. FM! is rapper Vince Staples’ third album. A surprise album, with a very West-Coast sound and featuring guest friends and rappers Earl Sweatshirt, Ty Dollar $ign, E-40 or Kehlani. More conventional than his previous album Bigh Fish Theory, this one is dedicated to his fans, as he explained on his Instagram account: “As artists we are nothing without the fans. I took time off from recording my next album to make a very special project dedicated to my biggest fan and supporter since day one. He said he needed something that represented him and where he comes from so here it is. Thank you for years of loyalty, I do this for people like you 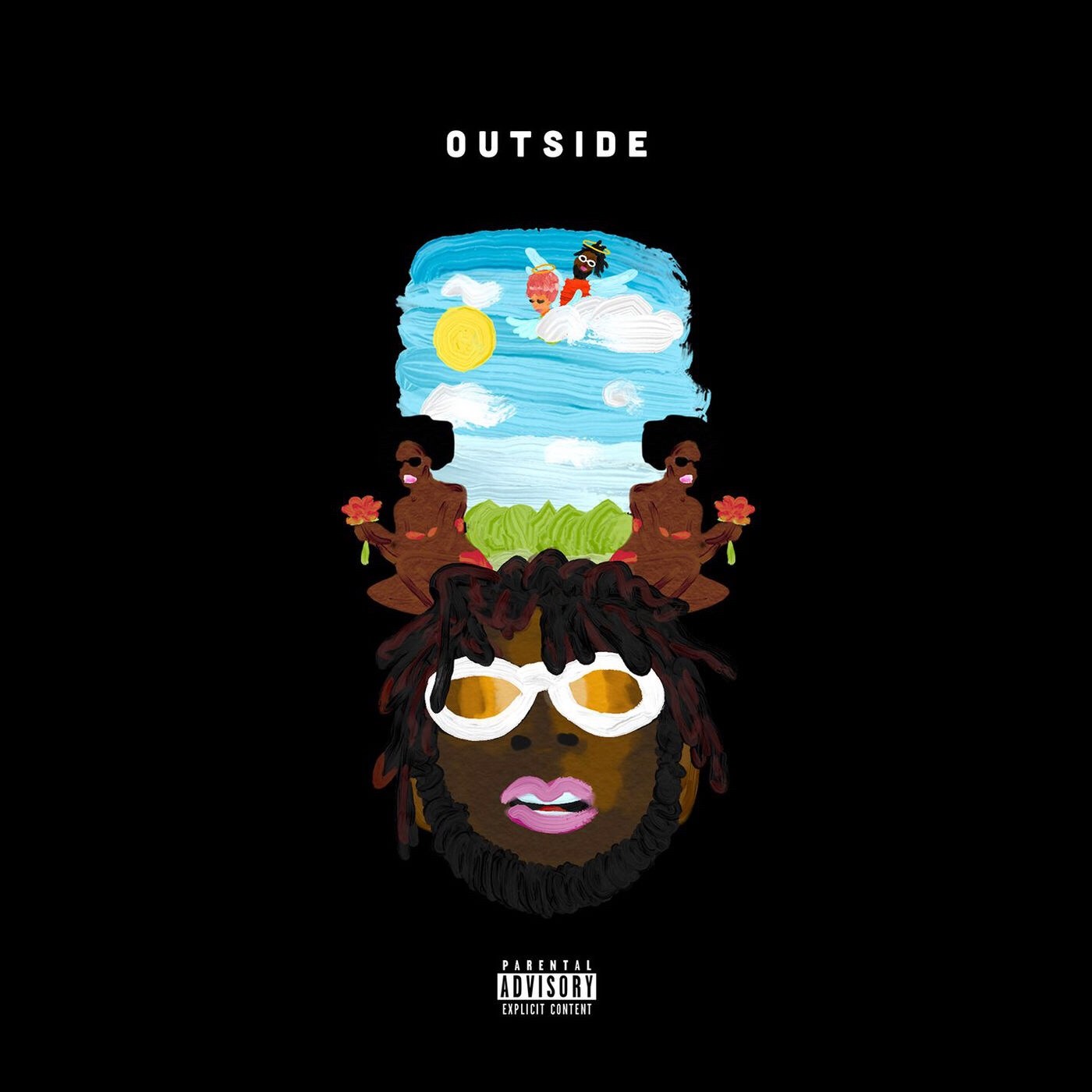 The Nigerian reggae-dancehall artist released the flamboyant Outside LP in January, his third album, opening the 2018 album season setting a very high standard. Not one of the 13 tracks on the album is to be skipped.  From start to end, Burna sings with his dancehall-infuenced vocal signature.  Burna Boy is adventurous by using instrumentals that are almost unusual or not the norm for an afrobeats artist, each beat gets to blow us away, although they belong to different genres (hip-hop, afrobeats, dancehall…). The album is starting with the opening track ‘More Life‘ produced by Baba Stiltz, which was supposed to feature on Drake’s album of the same name. “Ye” is certainly one of the best song of Outside LP, it’s driven by vocal sampling and rich harmonies.  It’s a great example of the sound on the album. 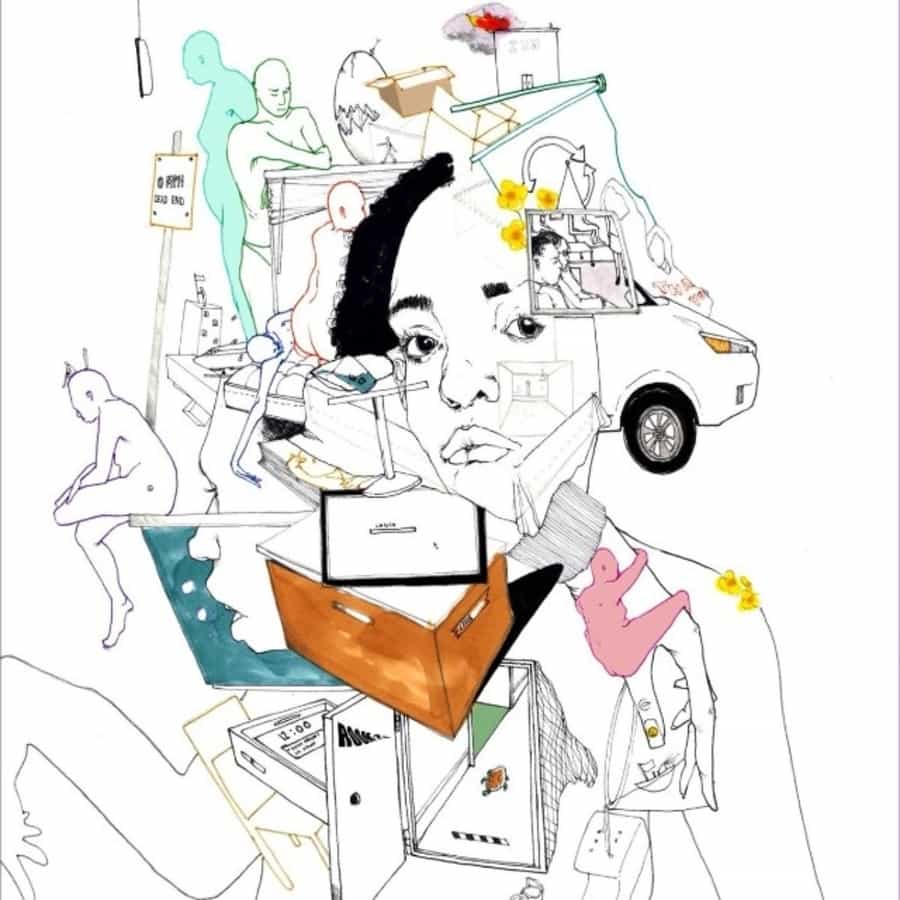 His first album Telefone brought a breath of fresh air onto the hip hop scene. With Room 25, the promising Chicago-based artist Noname sets the bar high with the release of a perfect album with a unique musical richness. Noname distills her flow – between rap and spoken word – with a sweet melancholy. As she explained in an interview for The Fader: “For me, the fact that I don’t use a name increases my creativity, as I’m able to do anything.”
Recorded between Los Angeles and Chicago and produced by Phoelix, Room 25 borrows to jazz, rap, soul and R&B. She invited Smino and Saba (who produced the song « All I Need » from her previous album). The result is an extraordinary and out-of-time work, that reminds a cult and timeless album, Mama’s Gun, Erykah Badu’s second LP released 18 years ago already. Some Rap Songs is Earl Sweatshirt’s third album. The rapper, whose real name is Thebe Kgositsile, is a member of the Odd Future collective. As he explains, this album is partly about the death of his father, Keorapetse Kgositsile, a South African poet and activist. His old man’s voice is featured on « Playing Possum », alongside his mother’s, Cheryl Harris, a law teacher. On the last track of the album, « Riot! », you can hear a sample of the rapper’s uncle, the late South African jazz giant Hugh Masekela, who died at the beginning of the year too. The album also has two collaborations: one with New York rapper and producer Navy Blue on the excellent « The Mint », and on on the song « Ontheway! » featuring the crew Standing On the Corner.

Some Rap Songs shows an uninhibited Earl Sweatshirt, navigating on the border between jazz and hip hop, with syncopated productions, lo-fi effects and deconstructed samples. Earl doesn’t fail Throughout the 25-minute 15-tracked album: he brought the standards even further and with a genius that proves he is still there.

Click here to find out more of our favourites from this year.