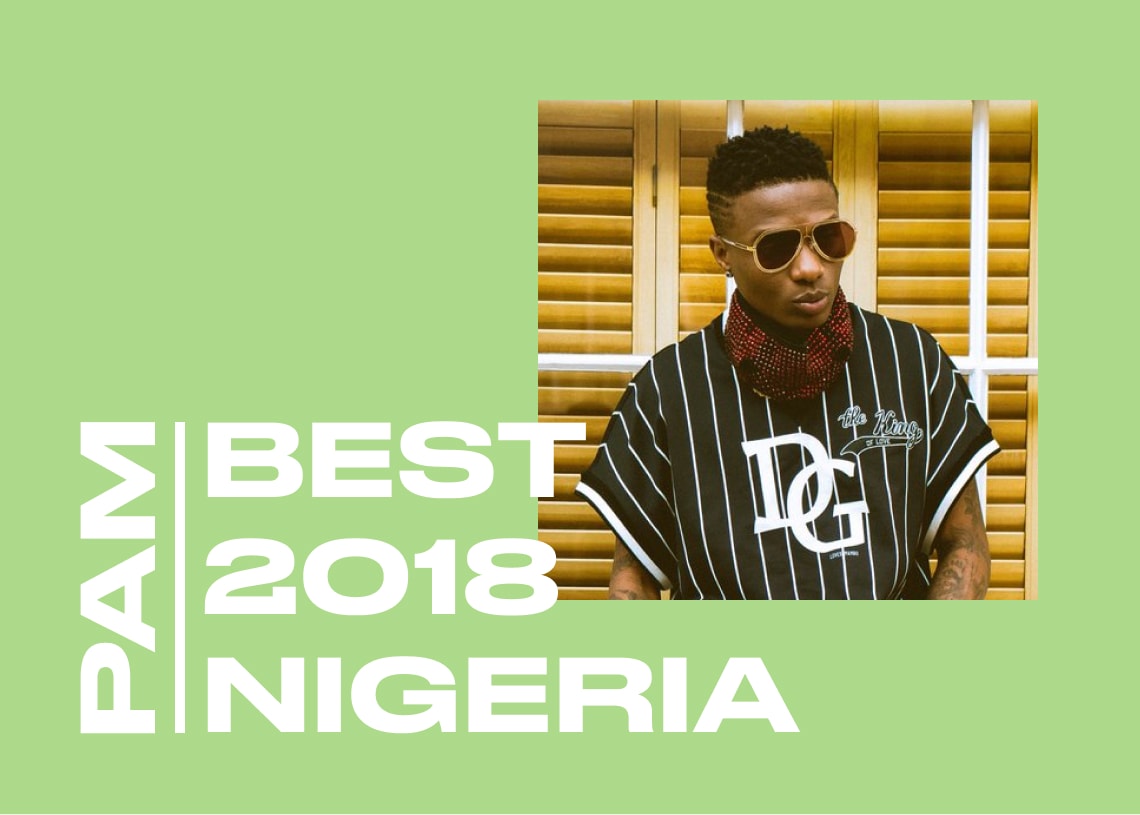 The songs that made our year starring Wizkid, Tiwa Savage, Davido Burna Boy, Olamide and more.

2017 was Davido’s year, his big hits, ‘If’, ‘Fall’ and ‘Fia’ rode the airwaves. This year, Davido hits big again with his second song of the year, ‘Assurance’. ‘Assurance’ is dedicated to his current girlfriend, Chioma and based on the true story of their romance. The song has a catchy sample of Paw Paw’s ‘Biggie Biggie’ as the pre-chorus that leapt into the pronouncement of his feelings for his lover. ‘You’re the one I want oh/Before my liver start to fail/You’re the one I need oh/Before cassava start to hail/And if I ever leave oh/Make water carry me dey go/Far away, far away.’

‘Soco’ is the most celebrated joint hit song this year in Nigeria. Featuring Ceeza Milli of Aristokrat record, Star Boy signees, Spotless and Terri. The song is melodious with an uplifting vibe. ‘Soco’ shows off Terri’s vocal prowess with Wizkid enjoying his role as ‘Baba Nla’, “Eledumare bless you with body oh baby oh/ Star Boy go bless you with money oh omoge oh”, he sings in the hook. Released in February, the song still enjoys massive airplay in the country.

2Baba never disappoints. ‘Amaka’ tells the everyday story of the average Nigerian male, it is a relatable story of disapointment with cheerful humour. It is not coincident that song was produced by Speroach, the same talent responsible for Davido’s ‘Assurance’. ‘Amaka’ enjoyed a massive airplay all over the country, and many consider it as the best song of 2018. The Afropop hit has a solid lyrical content and the blend of 2face’s vocals with the ambitious Peruzzi’s vibe puts it at the top of the best soundtracks on the street.

With ‘Science Student’, Olamide took street hip-hop to another level. The song displaced Olamide’s 2017 hit, ‘Wo’ despite the various call for the ban of the song. According to the singer, the song, co-produced by Young Jonn and Bbanks is inspired by the rampant drug abuse of Nigerian youths but it ironically came off to many as a promotion. The song also got a  7 minutes Nollywood inspired video with a Michael Jackson’s ‘Thriller’ signature.

‘Gbona’ follows the trail of Burna Boy’s globally celebrated anthem, “Ye” by consciously tapping into Fela’s Afrobeat aura. The song thrives on Kelp Amba’s harmonious fusion of a static sound of the past with an infectious dance vibe from the present. It is amidst this melody that Burna Boy’s smooth and apolitical delivery reigns. Unlike Fela, Burna Boy’s Afrobeat aims to be groovy, not political, and progressively, ‘Gbona’ reminds that Afrobeat is a dance genre. “As I dey sing, they feel the bounce/Make all the people jump around”, He sings. The Clarence Peters video released a day after the song confirms Fela’s influence on Burna Boy’s aesthetics. ‘Gbona’s upbeat atmosphere is vibrantly captured alongside the performance of the Kalukata influenced female dancers.

It wasn’t coincidental that Duncan Mighty bounced back with a collaboration with Wizkid. The argument, whether Mighty outshines Wizkid in this track led to interesting threads on Nigerian Twitter. The song is about false romance and love with Duncan Mighty providing the African elements. His voice is vibrant and melodious as usual.

Duncan’s effort stands out graciously in this track and in a good way, that differentiates it from other works he has done this year. Tiwa and Duncan Mighty are melodiously compatible pairs, the duo’s vocal energy and lightheaded lyrics heighten the vibe of the song. It is produced by Tiwa’s regular, Spellz.

Nigerian nightingale, Simi has been remarkable in her post-Simisola album efforts this year. Her latest offering and second single of the year, “Lovin” scores with an infectious vibe and brilliant lyricism. With a heavy percussion produced by Oscar and laced with Oc Omofuwa’s guitar riffs, “Lovin” is about Simi’s perfect lover and her hankering to be around him every time. In an accompany visuals directed by Aje Filmworks, Simi is wrapped around her bearded lover while rocking a Halle Berry short hair and bragging about his six-packs. In other scenes, she is seductive and playfully chases away admirers.
Simi’s “Lovin” is faultless and the best we have heard in a while and as a bonus, the X3M Music start has a colourful video to match her vocals.

Of course, we all know why this song is here. Released in September and followed by insignificant reactions, ‘Fever’ is Wizkid first official in 2018. It was, however, the record-breaking video of the song released in a month after that scored the hit. Wizkid’s gimmicky feature of Tiwa Savage in the visuals led to over one million views on YouTube just 24 hours after its release, shattering his 2017 record for ‘One dance’, a collaboration with American singer, Drake. The sexual intense chemistry of Wizkid and Tiwa Savage was built on the off-camera rumour that they were in a romantic relationship. ‘Fever’ is produced by Blaq Jerzee, co-produced by Northboi with mixing and mastering handled by STG.