Co-founder of the Moonshine Collective, Pierre Kwenders shows up with flamboyant and vibrant visuals for his previously released single “Douk Saga”, a tribute to Doukouré Stéphane who, tens years after his death still remains the king of good vibrations.

Directed by Epher Heilland, the video features Pierre Kwenders at the top of his game, flashing between outfits and dance moves superimposed on hypnotic background videos. He sings the famous lines “travaillement, enjaillement “, a momento to the coupé-décalé who opposed the curfews put in place during the Ivory Coast civil war beginning in 2002.

“Douk Saga (Enjaillement)” – a French term for ‘enjoyment’, notably in the context of parties and commonly used in West Africa – brings the mix full circle with its Afro-tribal, percussive magic and all-around jubilant mood.

After a year on the road in Europe, North and Latin America—and featuring as the closing act at this year’s renowned Dour festival—the Moonshine collective is back on track and ready to kick off its 5th anniversary starting with this video release. Celebrating five years of enjoyment and close cross-borders collaborations, five years of showcasing high-caliber local and international artists, and five years of breaking genre and society barriers.

For this special occasion, Moonshine will bring together special guests hailing from all corners of the world: Skinny Macho (Londres), Bambii ( Toronto), Florentino (Manchester), Foreigner (L.A), Carlomarco (Santiago), Odile Myrtil and Chippy NonStop (Toronto). Tickets are on sale via moonshine.mu, and the address will be sent via SMS the day of the event. SMS 514.613.5811 FOR LOCATION.

Moonshine’s 5th anniversary will also be marked by the release of a new mixtape titled SMS For Location, Vol. 3 and a new clothing collection, both to be released on December 13. 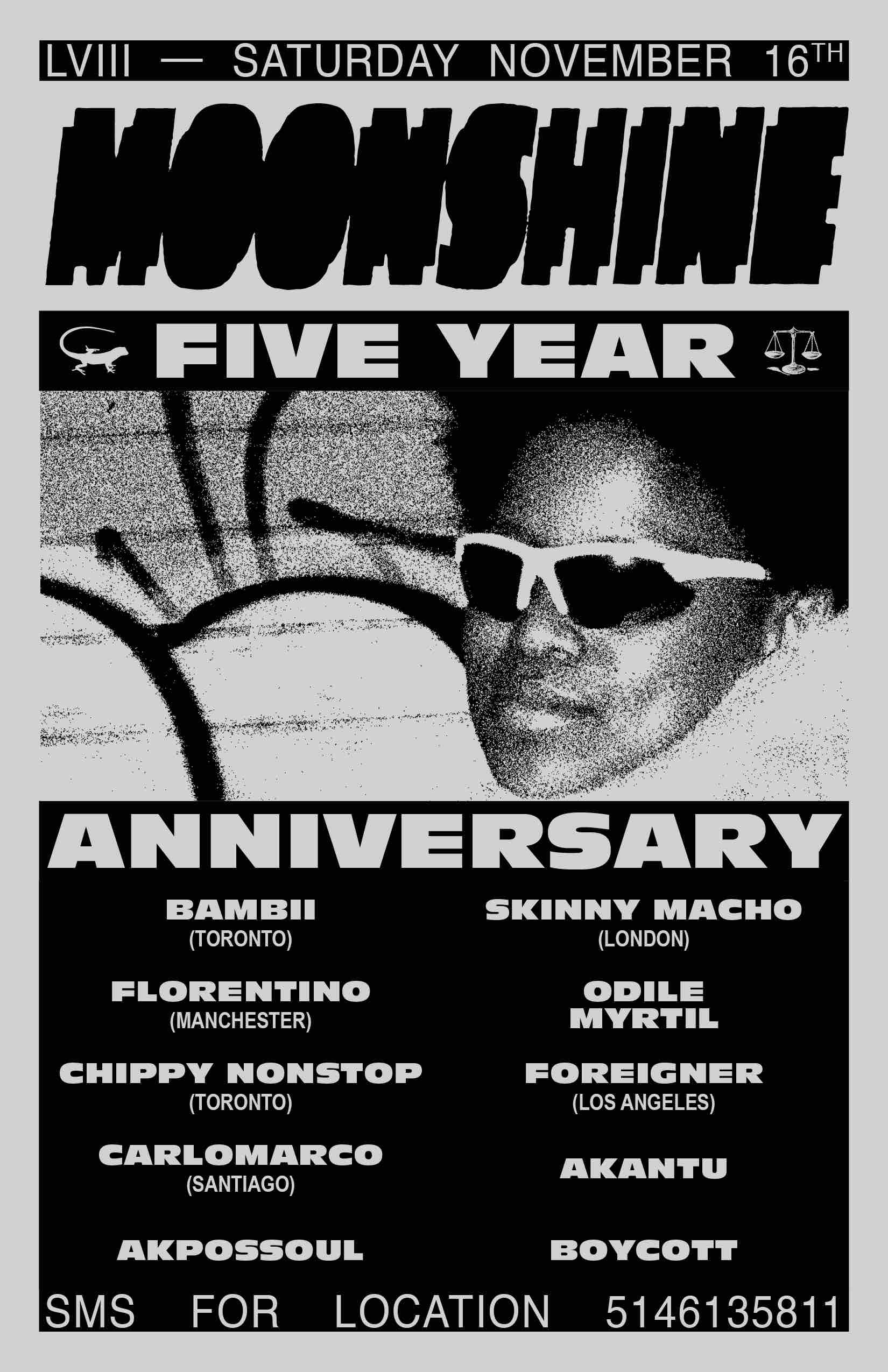 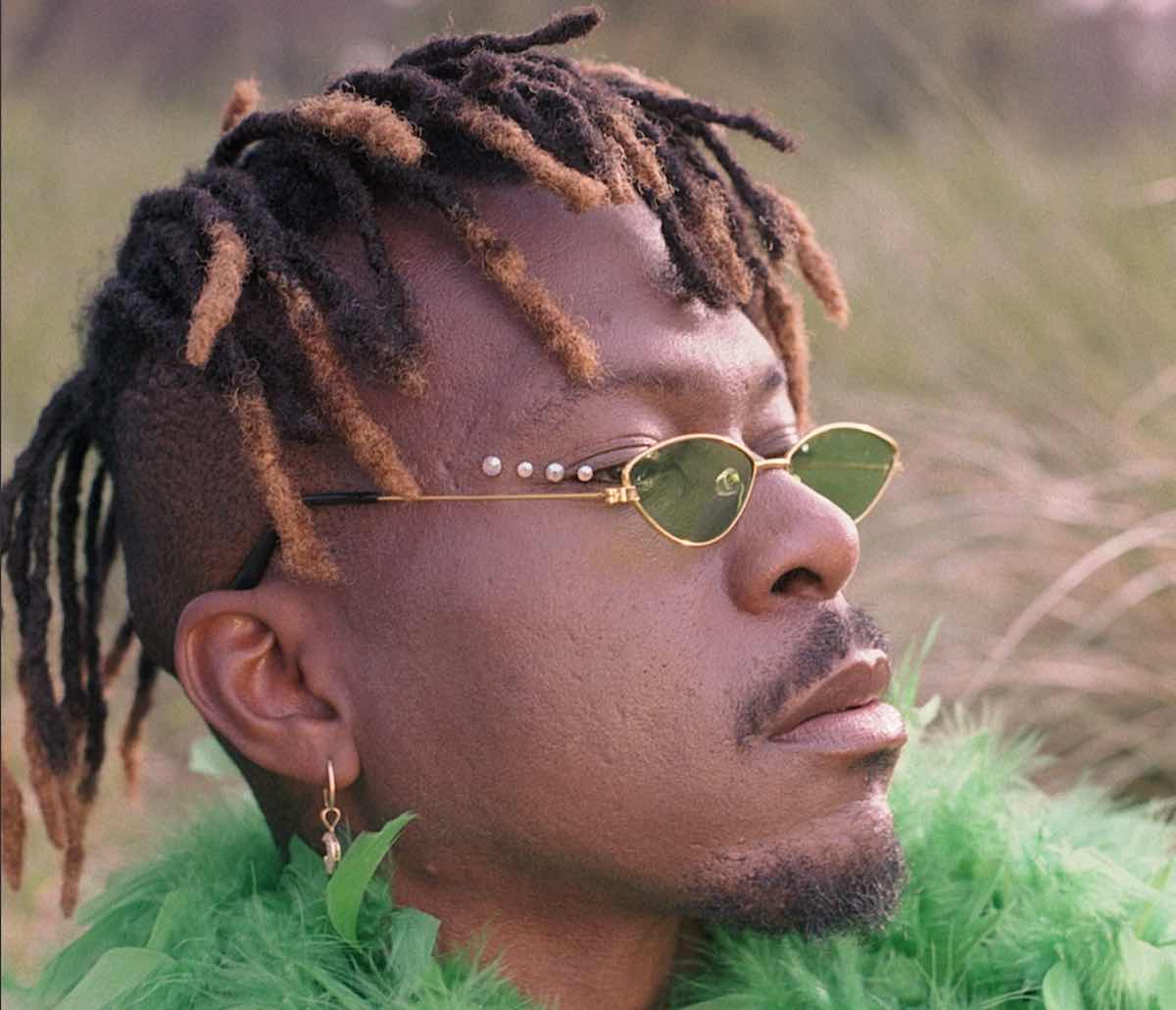