Filmed in the streets of Kinshasa in 1989 by filmmaker Olivier Lechien and produced by Yves Billon et Zaradocs, this short visual shows the Masanka band performing the song ‘Il ne faut pas intervenir’, surrounded by an enthusiastic crowd. Sankayi was led by the great Mbuyamba Nyuni, a singer, dancer, story-teller, and player of the giant, sled-like amplified bass likembe. Mbuyamba also went on to be one of the founding members of the Kasai Allstars collective, around the year 2000, and sadly passed away in 2011.

As a reminder, Kinshasa 1978: Originals & Reconstructions is an 80-minute album splits into two parts. On one side, the original recordings made during the sessions in 1978. On the other, the reworks made by Martin Meissonnier, the legendary producer who worked with Fela Kuti, King Sunny Adé and Tony Allen among others.

Kinshasa 1978: Originals & Reconstructions, is out on November 15th via Crammed Discs. You can check out the album cover below. 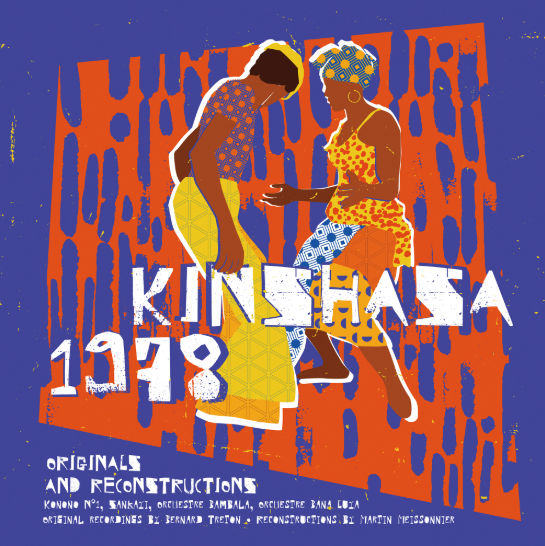