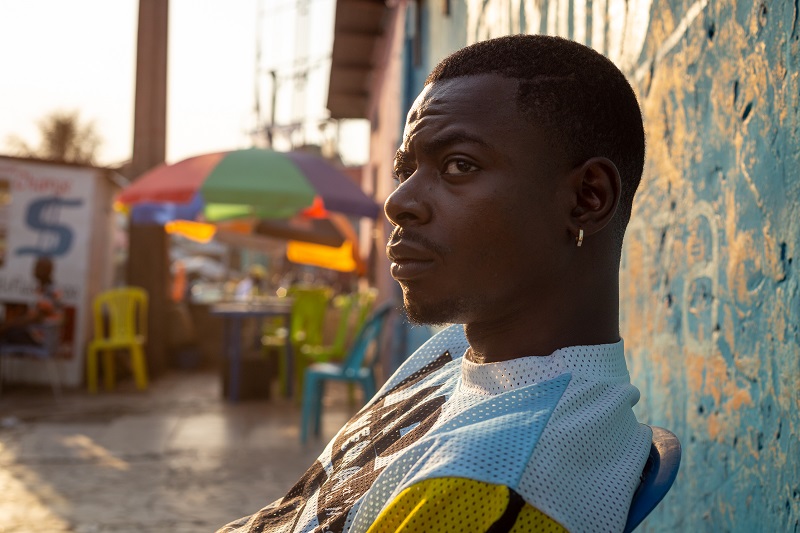 Member of the Moonshine collective, the Congolese AkaNtu settles in at the PAM Club to deliver a deep and hypnotic amapiano set inspired by his homeland.

Through their mixtape series SMS For Location, Montreal’s Moonshine collective is giving an insight of funky and Afro-futuristic club bangers. The young DJ and MC AkaNtu gives us a palpable glimpse of the heat generated by the legendary Moonshine parties, with a sensual and atmospheric midtempo set tuned to South African and Congolese amapiano. Born in the Democratic Republic of Congo, AkaNtu moved to Montreal in 2015, where he quickly joined the ranks of the collective alongside Pierre Kwenders and his compatriot DJ P2N, also originally from Lubumbashi. At the age of 15, the 23-year-old artist fell in love with music via hanging out in his father’s studio, seeing musicians, popular DJs and sound engineers come and go, indirectly passing on the tricks of the trade.

AkaNtu uses his sets to tell his story and signal his origins and evolution as an artist, blending Congolese rumba and other popular genres with current trends such as deep house, amapiano and RnB. Our resident recently performed in the collective’s first Boiler Room set, delivering a deep, no-nonsense musical dialogue with MC RedBul and Congolese percussionist Huguette Tolinga from Kinshasa.

“Amapiano is a new electronic music genre invented in South Africa in 2012. In this mix I wanted to introduce you to this style and also present another emerging variety that is taking more and more space in Africa and around the world. This variant that comes to us from Congo DRC -which I named AMACONGO- is an expression of South African Amapiano by local Congolese producers such as DJ P2N, RENALDO… You will also find exclusivities and sounds of great South African producers such as KABZA DE SMALL, Kelvin Momo…”