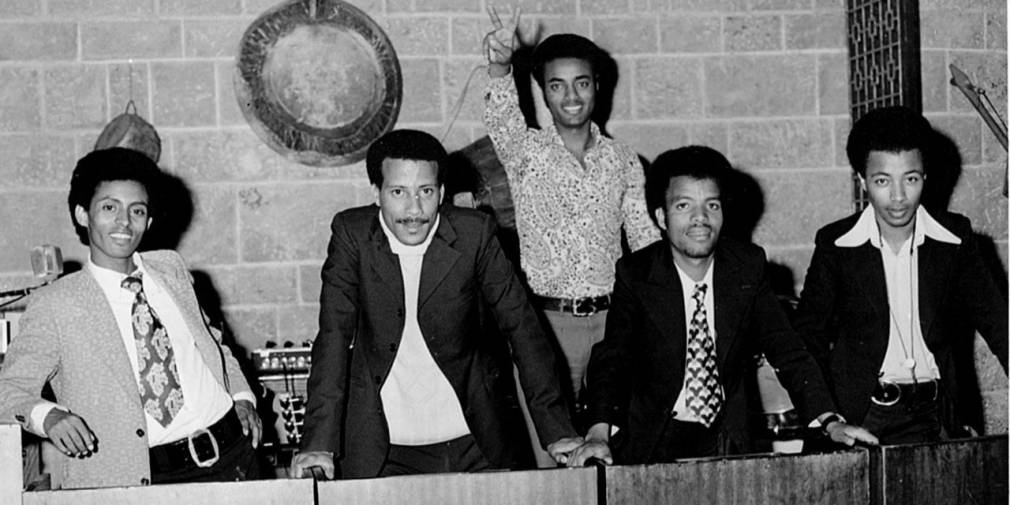 The legendary Ethiopian artist has announced this re-release of his album Tezeta, first released on cassette in 1975.

Since the beginning of the 70s, the Walias Band has been a group of avant-garde musicians whose work has helped fuel a musical revolution. As such, they are considered pioneers of modern Ethiopian music. They were also the first group to form independently, managing to release entirely instrumental albums, which was seen as a commercial disaster at the time. Following their tour of the United States in 1981, which was countered by the military regime in 1979 because of US imperialism, four members never returned to Ethiopia. This trip was the end of the original formation of the group.

Their album Tezeta was rediscovered by Awesome Tapes From Africa after spending three decades incognito. Existing only on cassette, it was recorded at the Hilton Hotel in Addis Ababa, where Hailu Mergia and the Walias Band used to accompany the biggest names in Ethiopian music. Many celebrities frequented this hotel, such as the American Alice Coltrane and the Cameroonian Manu Dibango. The group was composed of drummer Temare Haregu, guitarists Mahmoud Aman and Melake Gebre, saxophonists Abebe Kassa and Moges Habte, pianist Girma Beyene and trumpeter Yohannes Tekola. Tezeta was their first full-length album, released on the group’s own label, Ethio Sound. It is an ode to nostalgia, infused with tradition and imbued with funky melodies. This work takes us back to the golden age of Ethiopian folk music, when Hailu Mergia’s songs were ubiquitous in all social spheres and spaces.

Pre-order Tezeta, ahead of its June 4, 2021 release, via Awesome Tapes From Africa.

Listen to Hailu Mergia & The Walias Band in our Songs of the Week playlist on Spotify and Deezer.