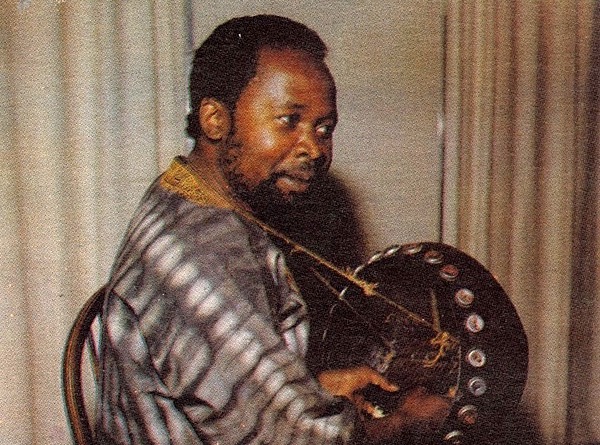 The label has announced a reissue of Mbavaira, the second album by Zimbabwean singer Ephat Mujuru and his band, Spirit of the People, who acted as witnesses to the independence struggle of their country.

Awesome Tapes From Africa is reissuing the second album by Ephat Mujuru and Spirit of the People. Mbavaira was originally released in 1983 and means “chaos” in the Shona language. On it, we hear his uncle Mude, recognized as one of the greatest singers of chimurenga, the popular style during those years of struggle.

As a traditional musician from Zimbabwe, Ephat Mujuru embodies the struggles of his generation. Born under colonial rule in Southern Rhodesia, in a village near the Mozambican border, he was raised in traditional Shona culture, with his grandfather mastering the mbira dzavadzimu, an instrument used to channel wisdom from the ancestors. Ephat Mujuru explained: “When the mbira is played, it brings the two worlds together, the world of our ancestors and the world of today.“At the age of ten, the prodigal son played the mbira for the first time during a bira, an all-night spiritual ceremony of music, dance, and connection to the ancestors. At the same time, the nuns at his Catholic school forbade him to play the instrument, which they considered a “sin against God.“

Still, Ephat continued his musical exploration and became increasingly political with the formation of his first band, Chaminuka, in 1972, named after his favorite Shona ancestor. In the midst of the independence struggle, he contributed to the emergence of a new musical genre: chimurenga music, meaning “struggle” music, which honored national liberation fighters. He commented: “We were talking about our struggle to free ourselves. In ancient Africa, in the time of our ancestors, they had none of the problems we have today. We wanted the place to be like it was before colonization.” He also helped establish the National Dance Company of Zimbabwe, becoming the first African music teacher at the former College of Music in the country.

Awesome Tapes from Africa has released “Mudande,” a cut from the album, which transports us into a deeply melancholic atmosphere before transforming itself into joyful and nostalgic colors. The song means “in Dande,” a region in northern Zimbabwe known for its strong attachment to tradition. Mbavaira is one of the last chimurenga works from Ephat Mujuru, who later moved on to other genres, especially after his travels to the UK and the US. He remembers: “People were surprised. They said: ‘Are you not going to play your mbira the way you did before?’ I said, I haven’t changed anything. It’s like me learning Shona and English, or French or Japanese. It’s adding to the knowledge. The old one doesn’t go away. When you buy a new jacket, you don’t throw the old one away.“

Mujuru died in 2001 following a heart attack, after landing at London-Heathrow airport, en route to teach and perform in the United States. During his life he was fond of reminding students: “Mbira is like a sea. It’s not a small river. You are getting into the big sea. So I try to show them the Indian Ocean, the Pacific, the Atlantic. What I’m trying to bring now to this music, through all the experiences I’ve had, is unity.”

Pre-order Mbavaira by August 27, via Awesome Tapes from Africa.

Listen to Ephat Mujuru in our Songs of the Week playlist on Spotify and Deezer.