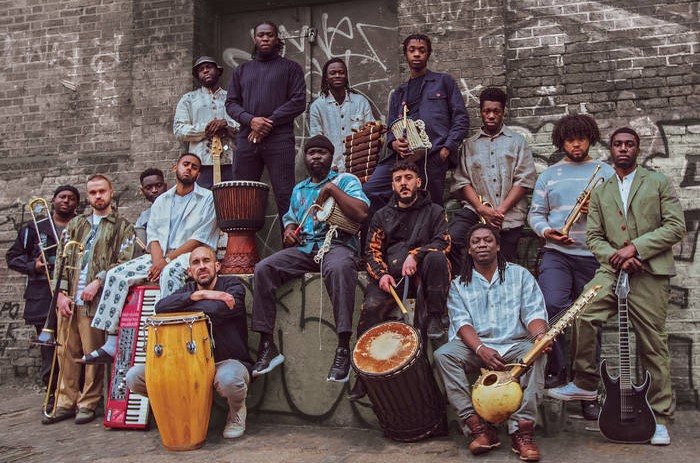 Initiated by Yahael Camara Onono, the Balimaya Project brings together sixteen musicians including members of Kokoroko and the SEED Ensemble.

Balimaya means “the essence of kinship” in the Maninka language, referring to a family model in which history and shared experiences are superior to blood ties. The name reflects how the collective conceives of itself: as a family. Yahael Camara Onono, the UK-based djembe player who spearheaded the album, defines the Project as: “It became a brotherhood.” Here, 16 musicians, including members of Kokoroko and SEED, exchange based on their passion for jazz, rap and Afrobeats.

Five long years in the making, Yahael Camara Onono defines the goal of the collective’s first album, Wolo Solo, as follows: “Coming together, being emotionally available as young black men in the diaspora is just not celebrated enough. We all rely on each other.” In doing so, Yahael Camara Onono brings together black artists throughout the UK, as well as musicians from the African continent, including Moses Olukayode, who participated in Burna Boy‘s 2021 Grammy performance.

Pre-order Wolo So by July 30 via Jazz Re:freshed.

Listen to Balimaya Project in our Songs of the Week playlist on Spotify and Deezer.