The music video, like the track, has a very simple hip-hop aesthetic, rough and straightforward.

If the track sounds like a pure freestyle, it is actually taken from his very first project Hillstreet, released in July 2019. The 9 tracks EP is a tribute to one of Accra’s main avenues that link the neighborhoods in which the artist grew up: Nima, Accra New Town and Kokomlemle. His attachment to his city and culture is a recurring theme in his work: one of the rapper’s first successes was his music video “Good morning Ghana” released in 2016, in which Kwame Dame explains some aspects of the Ghanaian lifestyle.

However, his talent even crossed his country’s borders when his artist name was still FreQuency RAP. Indeed, Nigerian superstar Mr. Eazi spotted and included the young rapper in his platform emPawa Africa, a funding and mentoring program for emerging artists.

Hillstreet is available on all platforms via independent label Hillstreet Records. 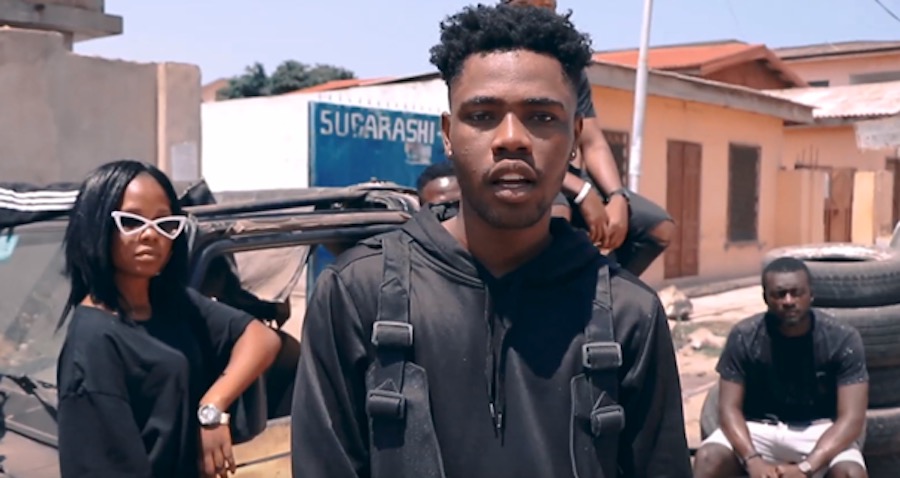