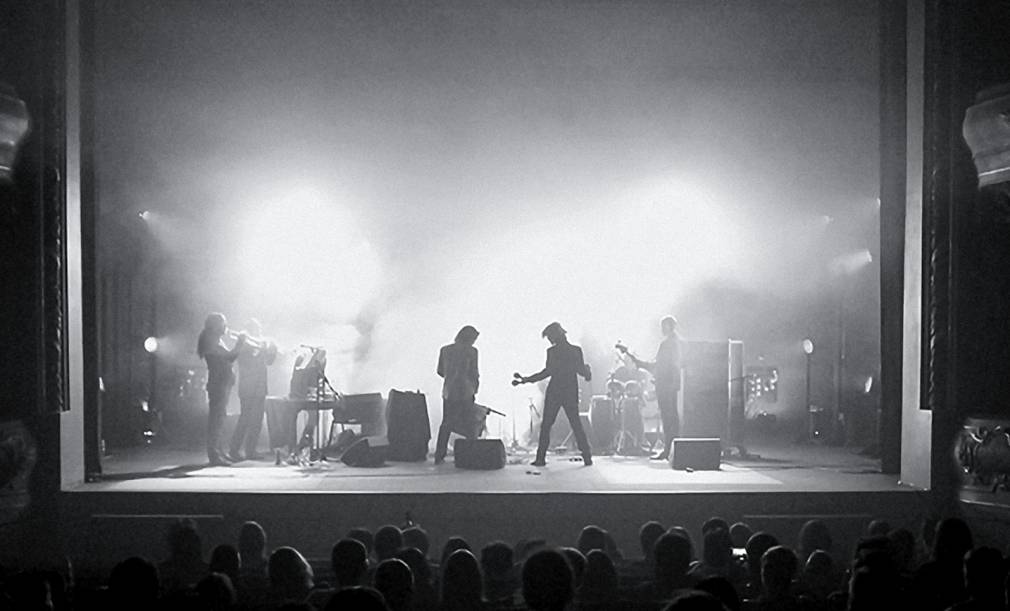 The mysterious HHY & The Macumbas in collaboration with Adrian Sherwood, present Camouflage Vector: Edits From Live Action 2017-2019 on the Nyege Nyege Tapes label, which will be released on June 3rd.

Formed in 2008, HHY & The Macumbas is a group of musicians and artists from the local experimental scene in Porto in the early 2000s, which emerged from the cryptic collective SOOPA. Over the last decade, the band has played live all over Europe with the release of two albums Throat Permission Cut and Beheaded Totem in 2014 and 2018 respectively. Their new project is a mix of circular percussive mutations, brass riffs and electronics is dubbed by echoes in live actions that sums up their original style.

Camouflage Vector: Edits From Live Action 2017-2019 is an album with real voodoo vibes that combines a series of tracks and live set from November 2017 in a club in Barcelos to December 2019 in an oil tank on the island of Tenerife with English composer, remixer and artistic director Adrian Sherwood. Founder of the group, Jonathan Saldanha has turned it into a real laboratory of rhythms and originality by mixing and editing the album during the lockdown.