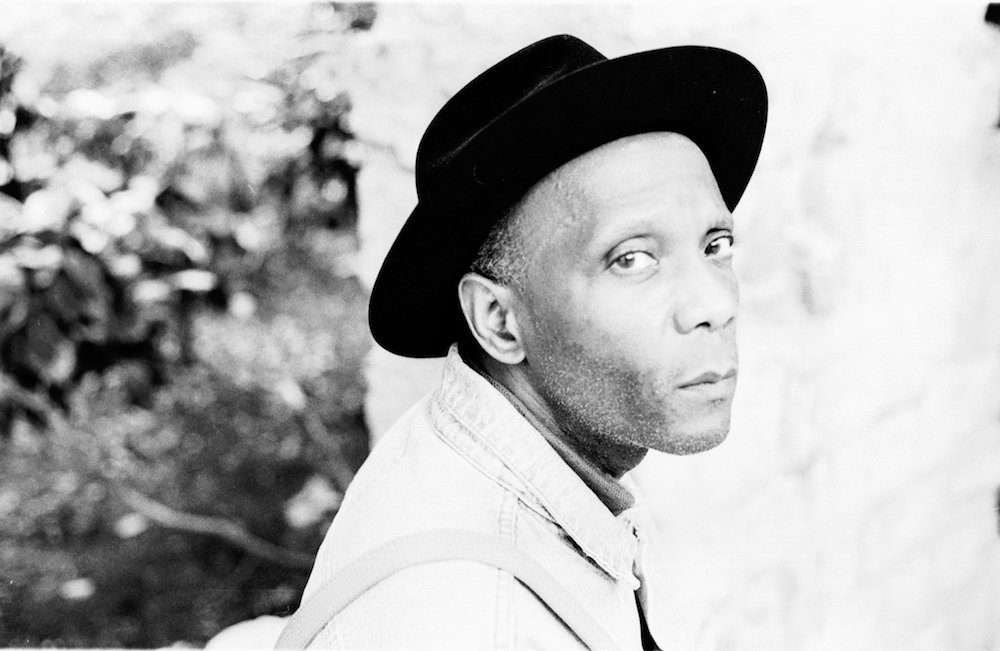 A Cosmic Poet From Martinique 1979​-​1989 features tracks — recorded between the late 70s and 80s — from the first four albums of Martinique poet and singer Gratien Midonet.

Gratien Midonet is the shaman of Martinique: “I always broke free from the rules, from codes being too narrow (…) I have always had this sense of peaceful knowledge that there is no separation between genres, beings and universal things,” says the poet. His music is spiritual and popular. A self-taught guitarist and composer, Gratien Midonet is inspired by his childhood memories like the traditional Martinican rhythms of the biguine and the bélé.

Yet nothing presaged him becoming a musician. Studying philosophy and psychopedagogy in France, it was his fascination with pan-Africanism and animism which fuelled the transcendent energy of his music.

Although Midonet honed his sound in France, the four albums he released during the late 70s and 80s were heavily inspired by diasporic nostalgia, or what he describes as the “smells and colours… subliminal noises… fruity notes, the memories of funeral wakes, the bombastic organ of the cathedral and the gasps of the drums” of his childhood home on the Caribbean island of Martinique. This Creole lyricism became the essence of Gratien Midonet’s music.

Now based on the South Pacific island of New Caledonia, Midonet and his message of musical unity are ready to resonate once more.