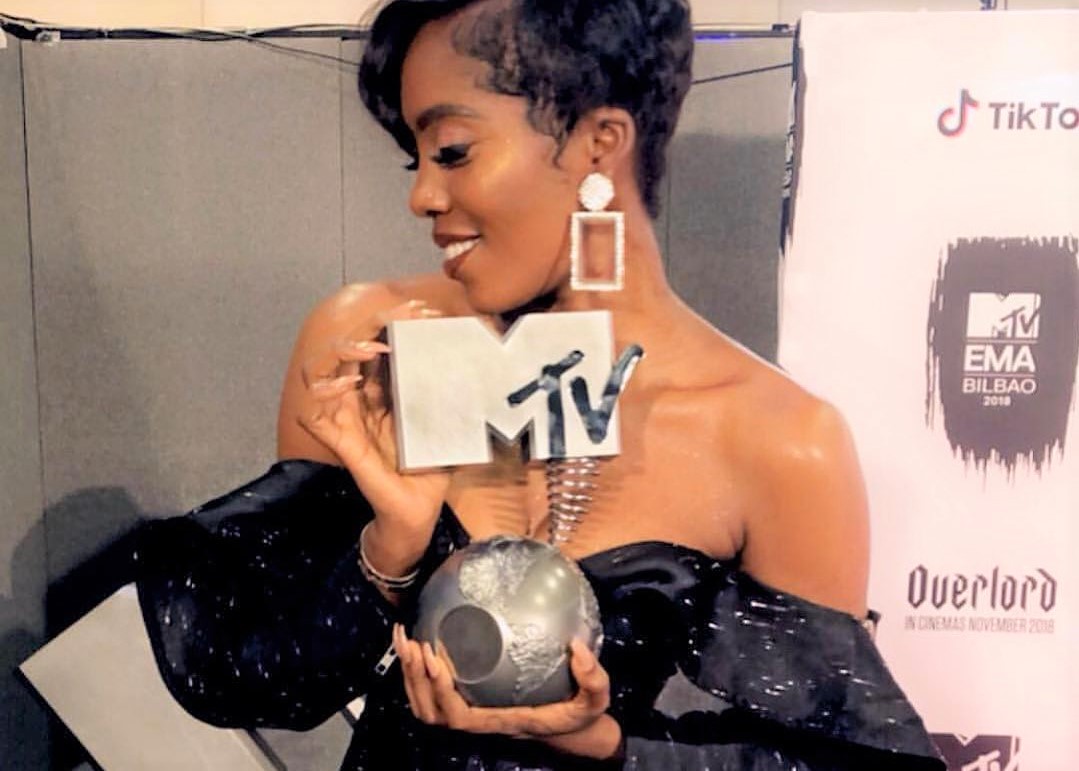 With songs like “Laba Laba“, “Tiwa’s Vibe“, “Lova Lova“ and collaborations with artists like Skales, Diamond Platnumz, DJ Consequence, DJ Enimoney, it has been an amazing couple of the months for the artist. She entered the male-dominated Nigerian music scene in 2010 with “Kele Kele Love”, a self-released single produced by Harmony Samuels, since then she has been an unrelenting force in the industry and intrinsic part of the making of Afropop.

Her recent appearance in Wizkid’s record-breaking “Fever“ video has sparked several reactions and interests on Social Media. Other winners include Cardi B for ‘Best New Artist’, Nicki Minaj for ‘Best Hip Hop’, Panic! At The Disco, for ‘Best Alternative’ and Dua Lipa for ‘Best Pop’.