A brief history of the Stonebwoy and Shatta Wale beef 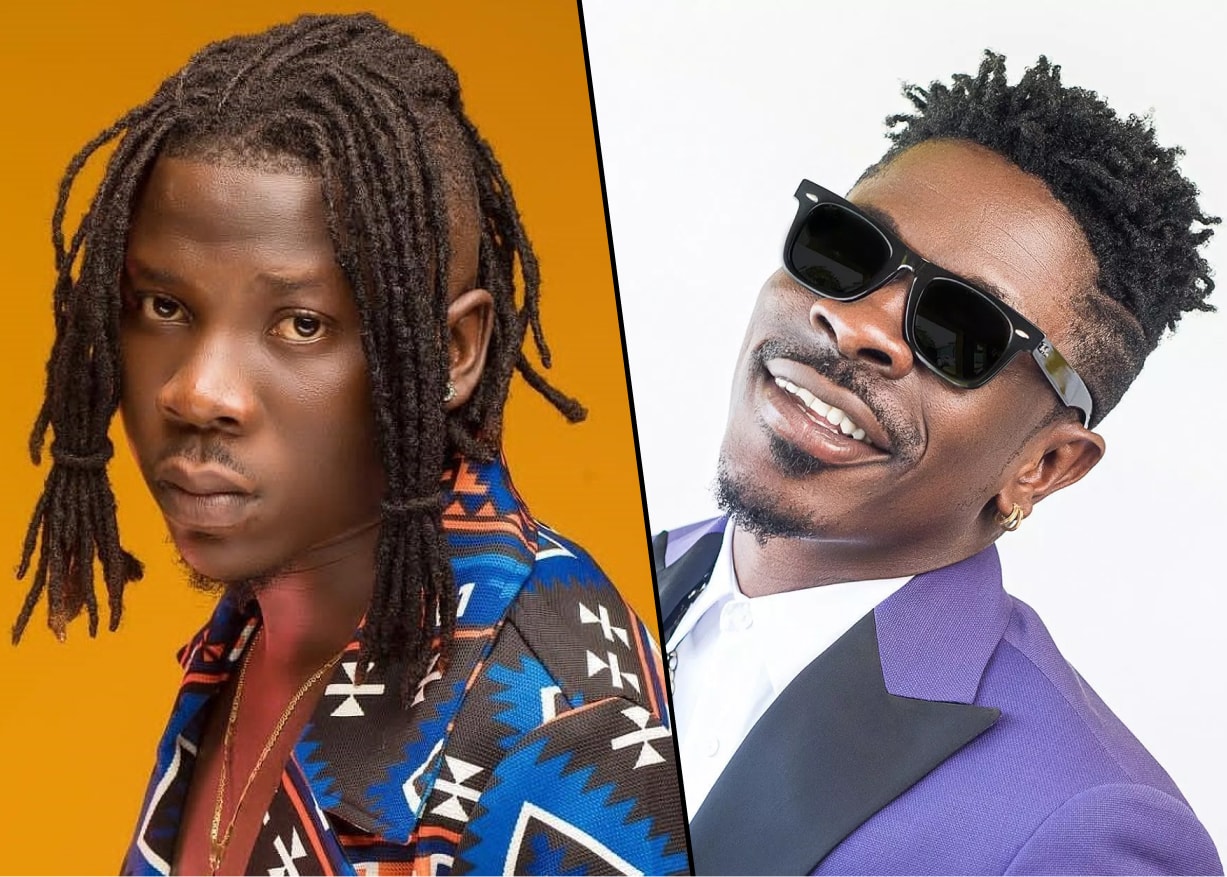 For many years now, two of Ghana’s biggest dancehall musicians have been at each other’s throats. We investigate the incidents that have shaped this as the back and forth draws to a full circle.

At the base of music, sit partnership and collaborations. Unarguably, great things happen from these. But also, from these, do complications arise, particularly if the major actors are music stars who, albeit wrongly, believe there’s space for just one ‘king’ on the scene. The metaphorical kingdom.

Enter Shatta Wale and Stonebwoy,  Ghana’s biggest dancehall musicians. The former, ever since 2012 when he changed his name from Bandana, to what it currently is, has enjoyed commercial and critical success. If you ever doubted the power in a name, Shatta Wale seems to be a bodily resistance to the question. His style of music appeals to a large fan base, listeners across the genres of Afro Pop and dancehall. His risque themes engage the machismo of the biggest section of his fan base; his voice, it should be said, drives his songs to perfection, leaving most listeners in awe of his talent.

Stonebwoy on the other hand is a different kind of dancehall artiste. He comes across as the more versatile. The artiste, born Livingstone Etse Satekla, made his big debut in 2012 and in about three years, he’d clinched the BET Award for Best International Act. This brought him popularity previously unseen. Ghana-organized awards, in a bid to concretize his genius, gave him awards, many of which were under the genre of dancehall which he alongside some other artistes like Samini (Stonebwoy’s mentor) and Shatta Wale.

Following the rather jejune narrative of ‘there can’t be two kings in a kingdom’, these artistes have had to publicly and shamelessly mark their territory. Most of the blame is apportioned to Shatta Wale who, in character, has dragged Stonebwoy and Samini into the mud in the past. His song ‘Dancehall King’ which helped him win ‘Artiste of the Year’ in the 2014 Ghana Music Awards, pushed this trope. The braggadocio-laced song was no doubt an infectious number which played on the naturalistic idea for self-confidence. Name dropping Bob Marley even, Shatta Wale goes on to sing the following lines:

All through this, Stonebwoy kept his cool, maybe making subliminal references to his industry rival. Samini, it should be said, never took any personal interest in this, no doubt respecting his role as a veteran in the Ghanaian music industry. So it was left to Stonebwoy and Shatta Wale to ‘mark territory’. Digging even deeper, one finds out that the duo has had contact since back in the day in a dancehall competition held on the Tawala Beach in Accra. The “Battle Days” event was reportedly dominated by Stonebwoy which might have led to the heightened sense of rivalry years later when the duo would become direct competitors for the biggest dancehall awards in the country and indeed the continent.

Although both artistes have sought out peace in the past, it’s been a tipsy turvy relationship for two of Ghana’s biggest artistes. In March 2018 Shatta Wale released ‘No Mercy For The Cripple’ a song which, as most listeners rightly conjectured, was about Stonebwoy who has a knee condition that makes him walk with a slight limp. All around the industry, Shatta Wale was being watched, and warned; Stonebwoy didn’t reply. Veteran Tema-born rapper Sarkodie however, had other plans.

He put out ‘My Advice’, a song which was more advice than diss. In the visuals, Sarkodie is seen in a white shirt, holding a glass of liquor, and rapping ever so sensibly, calling out Shatta Wale’s antics and its negative prospects. Most people agreed with Sarkodie, and in the flush of the Internet’s ever-increasing potency, the message was pushed to as many ears as it needed to, even Shatta Wale’s stans began to believe that a return to strictly music, was best for Shatta Wale, who in some circles, is still fondly called Bandana.

Apparently, Sarkodie had been moved to action by yet another altercation. In September 2018, during an interview on Accra radio station Hitz FM, Stonebwoy was asked about the truth in claims by Shatta Wale that he (Stonebwoy) had refused to collaborate. The Ashaiman-born artiste went into a tirade, citing how, some time ago, Shatta Wale had suggested that Stonebwoy was responsible for his own mother’s death in 2015. That hit a spot in neutral observers whose heads shook at the level of low. Responding, Shatta Wale denied the allegations on an interview. That was before the Sarkodie song.

For quite some time, all parties remained relatively quiet about this long-held beef. The flame was then ignited (on May 19th) by Shatta Wale and his crew going up into the stage when Stonebwoy was declared the winner of the Vodafone Ghana Music Awards for Dancehall Artiste of the Year. If Shatta Wale’s account after the show was to be believed, (“My crew had good intentions”) he was moving up to congratulate Stonebwoy, in a public attempt to promote peace amongst themselves going forward. Stonebwoy however, interpreted the gesture as trouble from Shatta. In videos aftermath, he would be filmed pulling a gun from a security detail on-stage. The incident caused a major fracas and the awards show was in disarray.

“I only had to react out of natural instincts because we all know how premeditative some people can be. We’ve seen on social media the threats and everything so we couldn’t come in unprepared,” Stonebwoy reportedly said. “I come in peace and I go in peace and I apologise to the whole masses of Ghana that the awards are going to continue.”

After the hearing, they were granted bail of ¢50,000 each with one surety and cautioned to be of good behaviour until the determination of the case, which was scheduled to continue on June 20th, when both artistes would appear in court. Further punishment was meted too: the artistes were stripped of all the awards they won at the awards. They were also banned indefinitely by the organisers, Charterhouse.

It will, therefore, be good news to all parties involved that the duo has found the good sense to sit together and make peace. If Shatta Wale’s account was to be believed, he’d been intent on it and Stonebwoy interpreted wrongly. But that’s all in the past.

Probably recognizing the need for co-support, images surfaced recently of the duo sitting. Shatta Wale later posted them on his social media handles with the caption: “Unity is strength, Love is the key to many doors, Brotherhood is Loyalty, Peace is Freedom .. My brother and I got a great vision for Ghana music and we taking it to the world .. @stonebwoyb”

Stonebwoy also shared the same photo and wrote: “IF it be Possible As Far It Depends On You, Live Peaceably With All Men..
Romans 12:18
The Wise Shall Inherit Glory..
But Shame Shall Be The Promotion Of Fools..
Proverbs 3:35”

The meeting was reportedly arranged by influential persons in the West African country. This comes as no surprise as a day after the Awards incident, Ghana’s Minister of Tourism, Culture and Creative Arts, Mrs Barbara Oteng-Gyasi, revealed that her ministry will engage duo to end the feud between them.

“We are going to engage them together with MUSIGA to ensure that we resolve whatever underlying issue that is there so that we don’t have an escalation going forward into the future,” Mrs Oteng-Gyasi told Benjamin Akakpo on ClassFM’s 91.3FM.

Many have reacted gleefully then, to this new development, prominent of which is BET International which posted the eagerly circulated photo with the caption ‘increase the peace’ on Instagram, then going on to tag the handles of Shatta Wale and Stonebwoy respectively.

Stonebwoy and Focalistic team up on “Ariba”
News