The 20 best music videos of the month 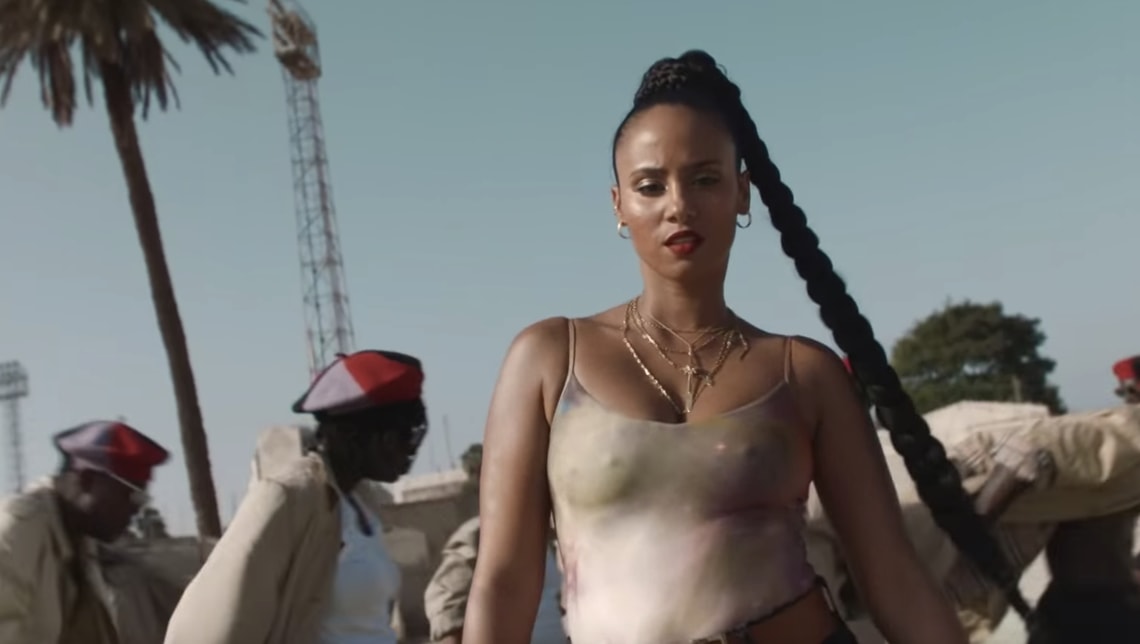 Here are our favorite music videos to come out this month featuring Burna Boy, Mayra Andrade, Adekunle Gold, Pierre Kwenders, Skepta, Koffee, Sampa the Great and more. You can also find them on our dedicated Youtube playlist.

The song chronics Burna’s “journey to where he is today, while addressing paying his dues and rightly so”. In the visuals, the singer is front and centre in almost every scene, establishing himself as the star of the show.

“Final Form” is Sampa’s first offering for 2019, a funky song inspired by classic hip-hop, sampled from 70’s band The Sylvers. Shot between Zambia and Botswana, where Sampa was born and raised, the astonishing video was filmed in the run up to her first ever shows on African soil, including her recent homecoming show in Zambia.

“Pull Up” speaks of freedom. The freedom to be who we are, beyond the judgment of others. “Pull Up” is extract from the Cape Verdian songstress recent album Manga.

The Nigerian musician is back with a highly colorful and aesthetic video, featuring African couture highlighting beautiful wax couture. In a very alté vibe, the singer pays tribute to Fela Kuti and beautifully illustrates a hazy afrobeats track.

It the lead single taken from their eponym EP released on Glitterbeats, the band tackles the emergency of migrants’ situation. With a highly plsychedelic music video, made of visual superpositions and effects, they depict in a poetic yet crude way the seriousness of this unprecedented crisis.

In a black and white music video that feels like it is made of behind-the-scene footage, IAMDDB takes on a cosy and intimate journey that fits perfectly with the song’s vibe.

Three years after the critically-acclaimed Konnichiwa, Skepta released his fifth studio album Ignorance Is Bliss and dropped in on COLORS Berlin to turn in a session. He performs the song No Sleep wearing a reflective ABAGA VELLI ‘space suit’.

After the release of her first EP Rapture in March, the young Jamaican Koffee released a remix of the title track with the rising dancehall star Govana. Directed by Jamaica’s own 300K and Ruption, the video takes place in Spanish Town of the St. Catherine parish.

Hailing from Limpopo province in South Africa, Sho Madjozi adds a technicolour swirl of flavour into the McFlurry of African urban music with her vibrant polyglottal dance rap. The song “Idhom” is taken from the debut album of the South African poet Sho Majodzi released last year.

LA based producer and rapper Channel Tres is back with that wild energy in the latest music video for “Sexy Black Timberlake . “As a black male I’ve experienced being vilified or objectified depending on what I was wearing or what I was doing,” Channel Tres told The FADER.

Recorded in Berlin in the Jazzanova studios, new single “Daba” gives a new deepness to Oum’s music. « Daba » means “now” in Moroccan. In the music video, she mourns the past and gives a message of hope, inviting the listeners to enjoy the present and love fellow beings.

YBNL boss, Olamide, comes through with a banger titled “Oil & Gas”, produced by Pheelz. Olamide calls on the biggest Oil (Petroleum) merchants, business tycoons and Jagaban for blessings and some Raba to wet his dry mouth.

The Philadelphia rapper dropped the music video for her hot track “Clones”. As one could expect from her, the clip is as quirky as it is aesthetically pleasing. Featuring a choreography of hundreds of CGI replicas bearing her effigy, the video echoes the track’s lyrics “Everybody walkin’ like me now / Everybody talkin’ like me now / Heard I’m who they wanna be now”.

The series “Queen’s Speech” initiated in 2015 and her appearance in the film 1Day, propelled Lady Leshurr at the front stage of the UK grime scene. “Your Mr” is her second freestyle of the year, last April she released a remix of her title “I’ve Gotta Be Me”.

The British-Ghanaian artist has shared the music video for the album’s lead single “Can’t Go Back,” a funk & soul-influences song with beautiful dances choreography.

Blending both African and western pop music influences in his music, Kwenders sings and raps in a multitude of languages from English and French to Lingala and Tshiluba. For his COLORS session, Congolese-Canadian artist Pierre Kwenders serves up a silky smooth performance of Branko collaboration “Amours d’Été”.

The Martinican rising star is back with a music video for her new single, “Ah Lala”. Shot in Guadeloupe in a mostly portuary and industrial environment, the artist splits into several iterations of herself to illustrate her complex personality.

“Move For Me” is the 5th single Cassper Nyovest has released from his 4th studio album. The song is a mid tempo pop song, with Caribbean and Reggae influences. Cassper Nyovest’s latest music video was filmed in the region of Mpumalanga in South Africa.