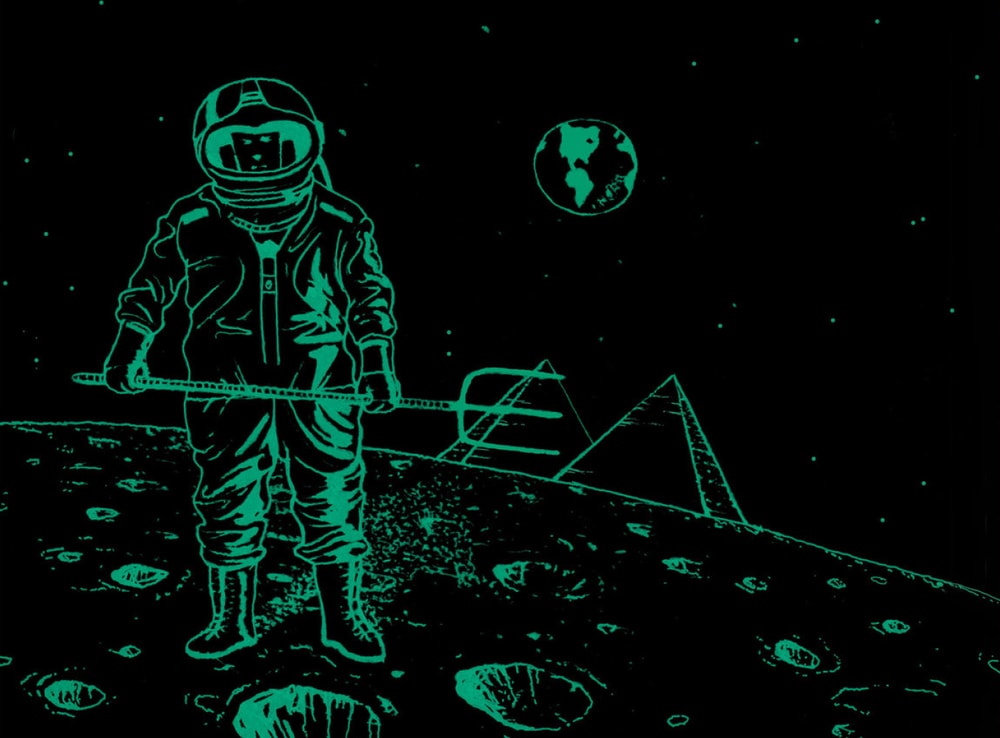 Space Farm’s Egyptology is the story of three friends and a failed business plan. The story of their love for 80’s NY culture and Egyptian music. It is the story of New Jersey-born Darrin and Bill, who grew up bathed in 80’s New York culture.

Living in Boulder, Colorado, where they started producing music, they met Egyptian native Waleed. He inspired them to start experimenting with Egyptian and Arabic sounds. From these experiments, a few tracks saw the light: “The Dawn Of Birds”, “Camels In Desert Air”, “Moon of the Nile”…

Due to circumstances beyond their control, the record never made it to Egypt, where Waleed had planned to ship it as he said “it would sell like crazy ” there. However, the original version ended up becoming cult. Some copies are being sold for a hundred euros on reselling sites.

This new edition, beyond making it more affordable, also allows it to be discovered from a new perspective. Both “The Dawn of Birds” and “Camels in Desert Air” were indeed initially cut short to allow for additional remixes on the original release. For this new issue, Left Ear have decided to let the two tracks in their original full versions.

Space Farm’s Egyptology 0.5 is out on Left Ear Records. Order it on Bandcamp.