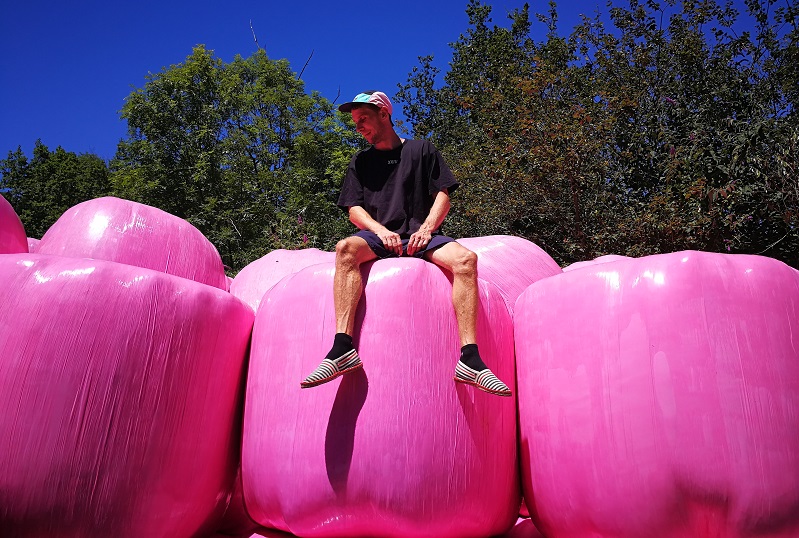 This week it is the turn of Kaval, live from Toulouse, to bring his sound to the PAM Club, a resonant, percussive mix inhabited by the sound system spirit.

Until then, Rémi Kaval’s only tool was his MPC2000XL, the mythical 90’s machine responsible for many hip-hop hits. It is by tapping on the famous sequencer/sampler with a remarkable dexterity that this overly creative graffiti artist put Toulouse on the bass music map. Since then he has evolved and uses softwares to add texture and depth, while retaining the originality in his style: percussive tracks, whose minimalism and roughness set the tone from the first loop.

A member of the Egregore collective, Kaval has also released productions on the Argent Sale, XXIII and Lowup Records labels, drawing inspiration from genres where rhythms are king:  gqom, UK funky and other little brothers of bass music. Dabbling as well in dancehall and techno, the hyperproductive producer continues to trace his path without losing sight of raves and sound system spirits. Indeed, he launched the Riddims Supplies project with his partners in crime, in parallel with a series of EPs entitled Délices du Midi, the third of which has just been released.

“I wanted to make a 1 hour mix that was progressive in both bpm’s and styles with the main idea of choosing tracks with “dub” influences. You can find tracks that I play in loop, others that I just discovered recently and some of my latest unreleased. It’s also an opportunity to include tracks made in Toulouse by Stacktrace and Stefan that particularly inspire my productions.”