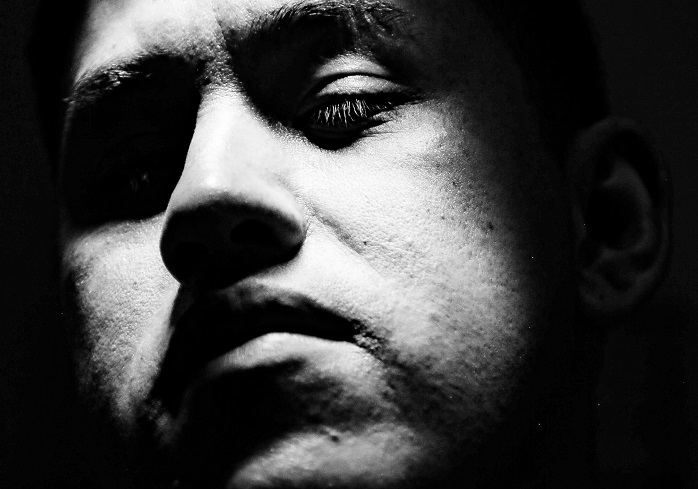 The Mexican artist Omaar appropriates techno, dembow and gqom on the aptly named Drum Temple, a new album that confirms his uniqueness as a producer. Listen to the single, “Ritmo,” with PAM.

NAAFI is definitely a structure that can be counted on when it comes to advancing Mexican club culture and alternative music. Born in 2010 following a series of successful events, this DJ collective, led by Mexican Jihad and Tomás Davo, has subsequently become a label in which jungle, techno, Mexican hip-hop and the sound of South Africa meet reggaeton, cumbia and other traditional Latin music types. Literally meaning “No Ambition And Fuck-all Interest,” the label breaks down the barriers of Mexican club culture to “decolonize the dancefloor,” like the compilation NAAFI X, which celebrated its ten year anniversary last year.

With four releases to his credit, Omaar is one of the pillars of this movement. He follows excellent releases from Tygapaw and Dengue Dengue Dengue and, with Drum Temple, 7 percussive and introspective tracks reflect his dreams and experiences. Originally from Mexico City, Omar Suárez was introduced to electronic music at a very young age and became obsessed with the sound of the London ghettos. He started his career as a producer in 2012, shaping his signature sound by mixing his drum’n bass, grime and UK garage with club and traditional sounds from Latin America and Africa. A true jack-of-all-trades, he attempts to synthesise his own vision of deep house, dembow, techno and even gqom styles on this new album – “Ritmo” marks a tribal and singular interpretation of the genre.

The album, which will be released on April 16, features remixes by Lao, Nick León Remix and WRACK, three regulars of the label. Pre-order it here.