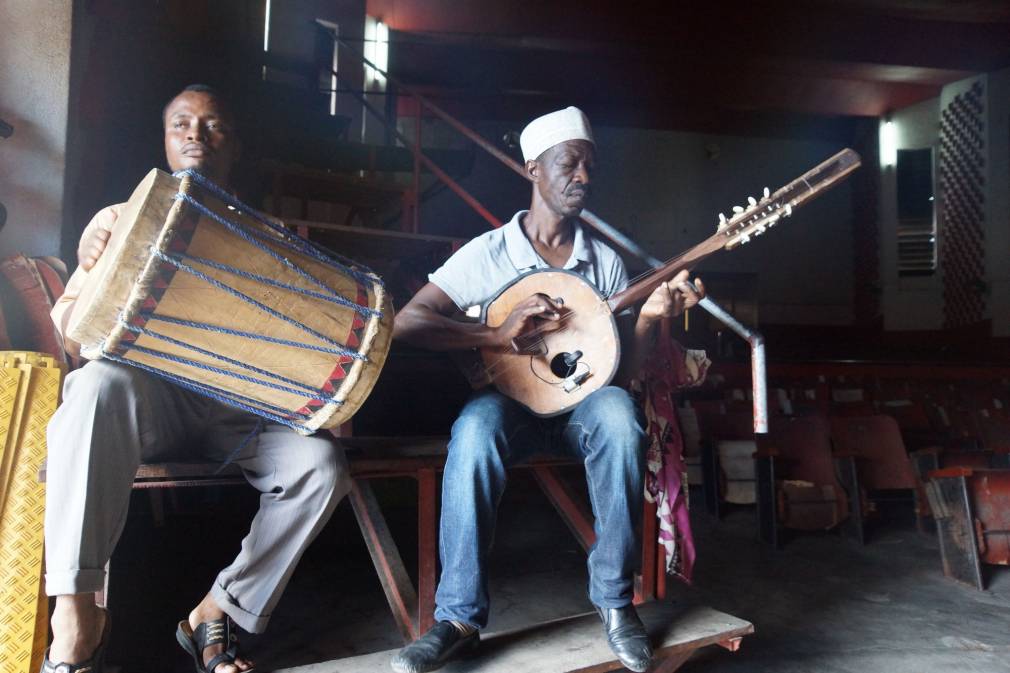 With We Are an Island, but We’re Not Alone, Comorian, Soubi and Mmadi, guided by the American producer Ian Brennan, immerse us in the musical cultures of the archipelago.

Ian Brennan is the producer known for having accompanied the Tuareg group Tinariwen as well as prisoners in Malawi for their album Zomba Prison Project. In Grande Comore, he was looking specifically for the ndzumara, a double-reed flute, also called the Mahoran wooden flute, but later learned it had died out along with the last musician who had mastered it.

Still, Brennan continued his search and met several artists who each redirected him to others, before he finally came across Comorian, Soubi and Mmadi, the main musicians who went on to contribute to Ian Brennan’s album, We Are an Island, but We’re Not Alone, a reference to Grande Comore, where the record was recorded. He explains: “When you are looking for music, the strongest artist is often hidden behind another, less important, less known. In this case, a shrewd and successful man named Hassain led us to another non-musician named Hassain, who put us in touch with a pretty good musician and eventually introduced us to his friend and mentor, and this person, Soubi (and his partner, Mmadi), turned out to be, well, the real deal.”

This does not mark the end of this adventure, however, as the producer explains: “The few roads are lined with cars stripped of everything but their bodies – carcasses of cars. There are as many abandoned vehicles as there are working ones. With nowhere else to go, we opted for the partial shelter from the coastal winds offered by the hull of one of these cars.” On the album, we can hear deep meditations, transporting us to “the islands of the moon,” through percussion and string instruments, like ndzendze and gambussi, in a sunny groove, until the rain came…

“I defied one of my cardinal rules – never put the equipment away until I was absolutely certain the music was over. I had no choice but to stand in the rain with a backup stereo and try to capture this beautiful moment, even though we were both soaked. Counter-intuitively, being in the rain offered superior sound to being under cover, but unfortunately, the humidity killed the machine and what was a resplendent take, was lost forever.” We Are an Island, but We’re Not Alone was recorded live and outdoors on adventures round the island of Grande Comore.

The album will be available on May 7, 2021, via Glitterbeat Records.

Check out Comorian in our Songs of the Week playlist on Spotify and Deezer.