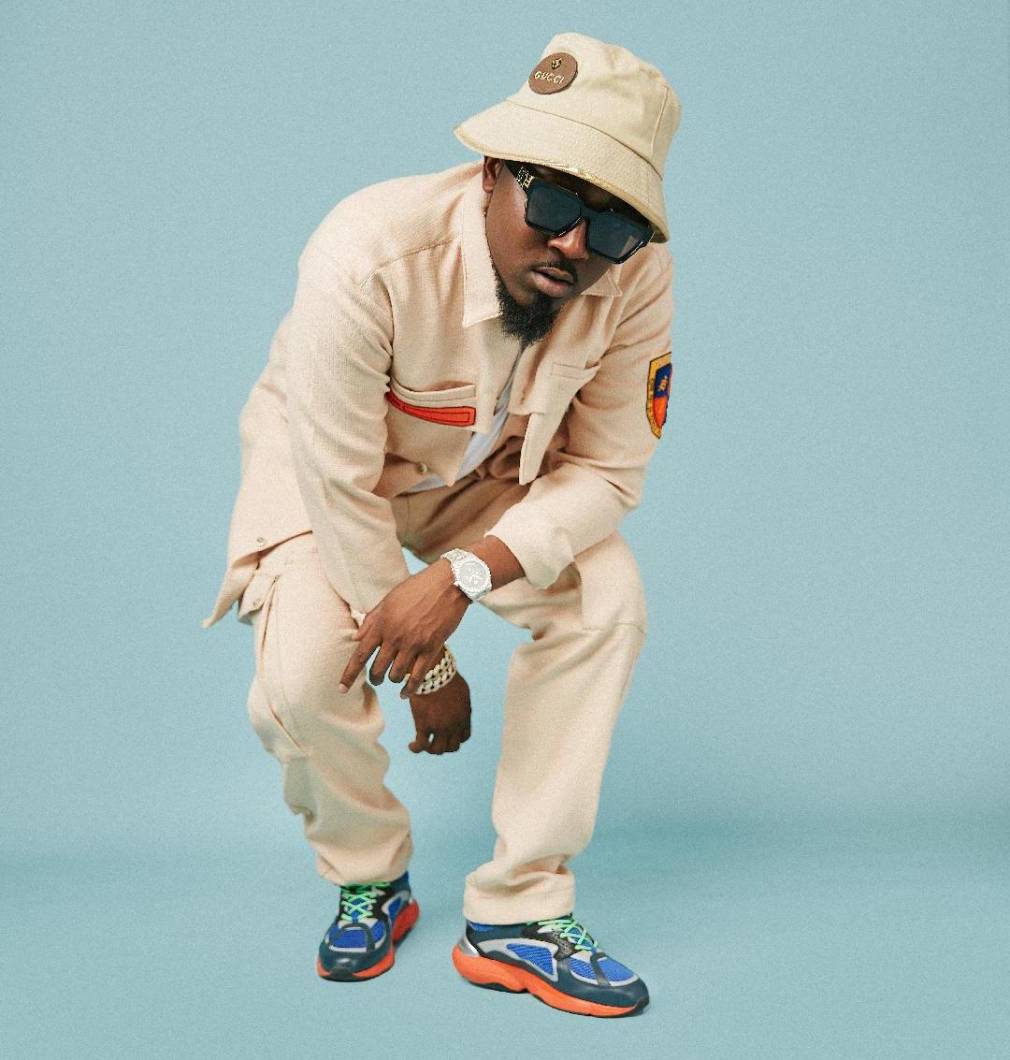 Ice Prince’s hiatus is officially over, inaugurating his return with his new single “Kolo” featuring Oxlade and breaking down the past, present, and future of music with PAM.

Ice Prince, one of Nigeria’s premier rappers with over 10 years in the game, teams up with up-and-coming afropop star Oxlade for an intoxicating collaboration on “Kolo”. “Kolo”, meaning crazy or mad in Nigerian slang, is a smoothed out jam about a girl that has Ice Prince head over heels, professing his love through verse and complemented by Oxlade’s unmistakable falsetto. The track is also accompanied by a seductive music video from Nigeria’s own UAX production. Ice Prince, who has been in and out of the lab since his last album Jos to the World in 2016, is announcing his discographic return with a sound that’s ready to turn heads. Not that the two-time BET award winner and Major Lazer, French Montana, and Jeremih collaborator has anything to prove. It feels nonetheless that Ice Prince is turning a new leaf. He recently announced signing to 300 Entertainment, the American label boasting acts from Young Thug to Megan Thee Stallion, making him the first African artist on the roster, and has been hinting at an album drop on social media. However, for a rapper who broke onto the scene with his 2010 single “Oleku”, one of Nigeria’s most remixed tracks of all-time and winner of innumerable award including the 2011 Headies’ “Song of the Year”, few have had the privilege to interview and dive into the mind of Nigeria’s rap patron. To hear more about his newest contagious single, musical legacy, and projects on the horizon, we broke bread with Ice Prince via a long distance video call.

We found Ice Prince happy and fresh, rocking his 300 Entertainment hoody, in a car full of friends and fam, begrudging a dodgy wifi connection, and with an invitingly well-spoken sense of humor about all things music.

Where did the name Ice Prince come from?

My name came from when I was in secondary school. I went to school one day wearing this big DMX rough rider t-shirt with the ice on it. When I was young I was so hip-hop I wanted to dress like DMX everyday. One day there was a freshman in my class who didn’t know what to call me so he was like “Ice”, and that kinda stuck. The Prince came from my first name Panshak and so it was “Ice P” for a while. It eventually changed to “Prince” on its own, I can’t really tell you how it became “Ice Prince”. I’ve been Ice since I’ve been a youngin’ in high school.

I noticed some of your earlier work nods to that era of hip-hop. But it’s changed a lot going through trap on C.O.L.D and now a bit of afropop with “Kolo”. How do you see those changes in your sound?

I like to see myself as a real student of the game. I studied the game from even before I was born. Sometimes I like to go back even to Sugarhill Gang… I can’t tell you I see the future or I listen to music from the future but I like to keep myself in the past and present and what’s to come. For me, what’s to come is what a lot of the young artists around me, a lot of the 20-22-23 year olds coming up in the game, are doing. That’s the future right there. So, like you said, for the last project C.O.L.D, I worked with a lot of young artists because I feel like that’s the best way for me to keep myself fresh and aware and current. You can’t stick to doing the same thing over and over again. Yes, on my earlier works I was sounding like Nas or Jay Z or DMX or Ja Rule, but hey it wouldn’t be bad now to get on some Trippie Redd type beat. That’s how I keep myself going.

Well, Oxlade is definitely someone who’s hype right now. How did you two link up?

First of all, a big shout out to Oxlade. I’m a huge fan of his music, he’s an amazing artist. I know so many people that are like cult followers of Oxlade right now. I got introduced to Oxlade by my manager actually. It was right that we give the people something because we share a good vibe together and we wanted to put that on wax. That’s why we came together on this one.

It definitely works! There’s this sound that’s getting really hot internationally coming out of Nigeria right now and it’s fire to see hip-hop taking a bite out of it.

I don’t even see it as something that is brand new. It’s something that we’ve been working on for a long time in Nigeria in Africa so many people have invested their talents and their own parts to the game to take you to where it’s at right now. We can’t measure the music that we make now without talking about the great Fela, without talking about people like Bright Chimezie, down to generations like 2Face, Daddy Showkey, and P-Square to what it is right now. It’s been a long journey for the whole African music for the whole Nigerian music. It’s vibes that we’ve been creating for years and we’re just grateful that the world is actually just starting to listen to us now. There’s starting to be a little more attention for us. And with time you realise, we have much more to offer. The world hasn’t even heard 10% of what afrobeats has to offer yet.

It’s funny, you talk about those legacy artists because even on a more short-term legacy point of view you’ve worked with people like WizKid and Burna Boy who have paved the way for newcomers like Oxlade. Do you see a passing of the baton between these generations of artists?

Perhaps that was a bad metaphor

Well, if I get you from a different perspective, in terms of new artists coming up in the game, yes, there’s a whole lot of new and exciting artists out there right now. I could mention 10 new artists right now that are really ready to take over the whole continent.

Well speaking of what’s on the horizon for you and your career, you recently signed to 300 Entertainment after working as VP for Chocolate City. What’s that transition like?

First of all, Chocolate City was the first record label that ever put me on. That’s my original family right there. We just got to a point where we needed to bring up new artists, because for a while it was just me Jesse Jacks, Bryan was always on the road and we got to a point where we needed to sign people like Coca, like Dice Hills, like CKay like Mubi… So we had to step to an exec position to be spoon fed. You know an artist label situation is, the label is literally spoon feeding the artist. I would like to see where we grew to a point where we wouldn’t be spoon fed anymore, so we took the executive positions to run the label and bring up the artists. But also you know, as you grow as a person you want to be able to do your own thing and build your own life. I can’t be knocking on Chocolate City’s door everyday and be like “I need to pay for this video or I need to pay for that and that”. So I set-up my own company called Super Cool Cats, which I got a full endorsement from Chocolate City for, and I started running my own company until I got in talks with 300. You know I‘m proud to tell you that I’m 100% that my music is 300% fresh. It’s an honour to be the first African artist on that platform. The plans that we have, man… We have amazing plans for people this year, it’s gonna be a lot of Ice Prince in your face.

So what’s on the horizon? Do you have some singles ready, an album coming soon?

I have two projects ready to come out right now. One is called Fire and Ice it’s something that I’ve been talking about on my social media and stuff that’s my next album. Kind Zamani the 3rd, Zamani is my father’s name and it’s the title that I have in my village actually, so that will be my fourth studio album that I have coming soon. Fire and Ice album should be the next project after the song with Oxlade. Yeah man, I’m excited about that.

I’m excited too. You know it’s been 10 years since “Everybody Loves Ice Prince” and you’ve won all these awards and accolades, I’m wondering where’s your head at with this next project?

It’s not enough! That’s where my head’s at, it’s not enough. Man I haven’t even started bro! I have mentors that I look up to like Jay Z, I look up to people like Drake. I look up to people that have done certain things in their careers like, “woah how does he do that?” I’m striving to achieve that as well in my lifetime. Apart from mentors in America and stuff even in my country there’s some people, we’re talking about Fela being in the hall of fame right now and these kind of aspirations as a human being as a person that I want to have. I want to leave this earth with a legacy that is unforgettable, I want to write my name in the sands of time using music because really that’s all I know how to do, I only know how to make music.

Is there anything you can tell us about the vibe of this next album?

Yo, so I was told not to tell you too many details about the album yet! So I don’t wanna go on messing anything up. I’ll say it’s an album that has a couple features, has some of the best producers on the continent. I’ve been in the studio with some of my old dogs like Jesse Jacks from “Oleku”. Like I said man, it’s been four years of thoughts, it’s been four years of writing. My last album came out in 2016 so it’s literally been four to five years of writing this piece together. I can’t wait for the people to hear it. A couple international features as well but I can’t say because I don’t wanna label to call me like, “Ice what the fuck?” There’s a lot of surprises on the album, some of the biggest names in the world I have featured on the next project. Look forward to that. I’m coming from a whole different angle. I’m about to teach the game a whole new thing that I feel is necessary. The game needs Ice.

Any last thoughts for our readers?