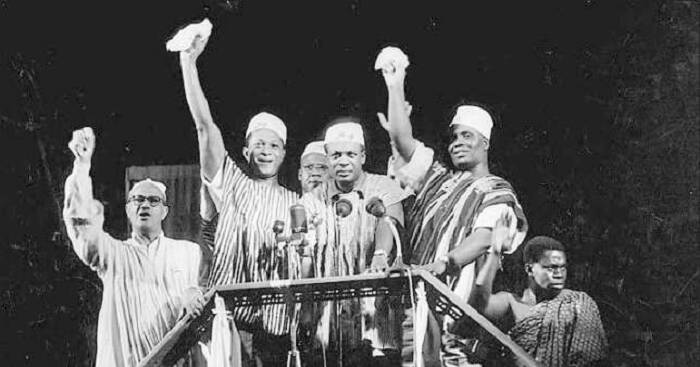 64 years ago Gold Coast won its freedom and became Ghana. We look back on the music surrounding this event, a glimpse of independence for the whole continent.

“Now Ghana, your beloved country, is free forever!” Kwame Nkrumah told the huge crowd gathered at the former Accra polo ground, which has since been renamed Independence Square. It was an historic event, as Ghana became the first country in sub-Saharan Africa to gain independence. This powerful movement, for which Nkrumah was catalyst and figurehead, was, of course, accompanied by music.

The music was a reflection of his ideals; a the synthesis of Caribbean and African influences, embodying something original, mixed, pan-African, jazz modernity – the soundtrack of the era.

Our series Ghana Freedom follows the history of an independent Ghana via her music.

After the sun of independence come the rains
Series