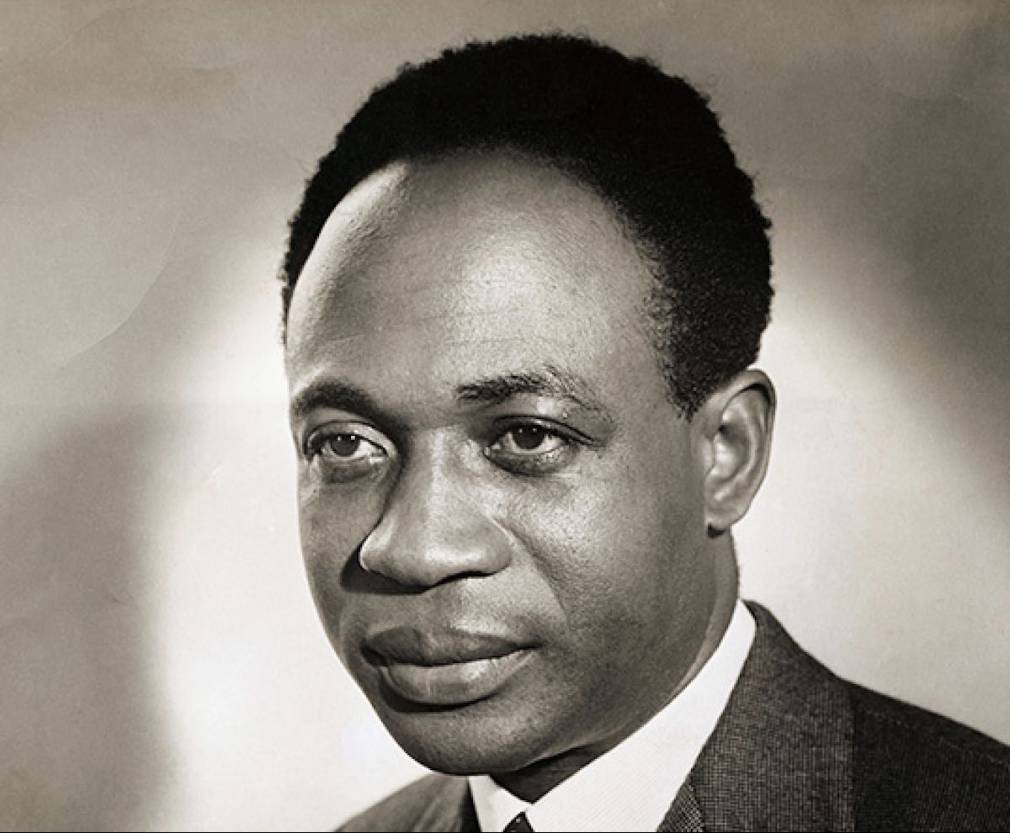 After the sun of independence come the rains

Ghana opened the floodgates to independence, but the storm clouds soon formed over Kwame Nkrumah’s head, caught in the net of the Cold War. Music, as always, accompanies these events. Ghana Freedom (4/5)

On 6th March 1957, Ghana opened the floodgates to independence in sub-Saharan Africa. Kwame Nkrumah was Prime Minister before becoming President in 1960. Filled with pan-African ideals, he dreamed of a United States of Africa, the only way to confront the unscrupulous greed of Western powers. In 1958, he organised the Conference of African Peoples at his home. It was attended by representatives of independent countries such as Tunisia (Bourguiba), Guinea (Touré) and Egypt (Nasser), but also by leaders of independence movements such as Patrice Lumumba of the Belgian Congo. Despite its anti-imperialist stance, Ghana remained in the Commonwealth and kept the pound as its currency. In 1959 a visit from Queen Elizabeth was even announced. Nkrumah wanted above all to demonstrate that Africans could lead themselves and gave a sumptuous welcome to Her Majesty. In Accra, King Bruce and the Blackbeats even composed a song – a highlife one of course – to announce this.

In the sky, fireworks showed the faces of Queen Elizabeth and the President of Ghana. Everything went well, even if the visit, planned for 1959, did not take place until 1961.

In England, however, it was the subject of intense controversy and was even discussed in parliament. First, this was because a few days before the planned visit a bomb had exploded in Accra. There were no casualties but the blast deprived a statue of Nkrumah of one of its feet. Second, and more importantly, Kwame Nkrumah was becoming more and more authoritarian, convinced that those who criticised him were traitors to the country. Journalists and opponents were imprisoned. Despite reservations however, the Queen of England made the trip because a diplomatic game was being played in Accra. Though Africa was setting herself free, the Cold War was in full swing and Moscow, like Washington and its allies, was waging muted battles on this gigantic playground. As far as Ghana was concerned it was feared that Nkrumah, who made no secret of his socialist sympathies, would lean towards Moscow and leave the Commonwealth. The Queen was well aware of all this but brushed off Nkrumah’s rantings and offered to dance with him at a ball given in his honour.

But her efforts didn’t quite manage to prevent the Ghanaian leader from moving closer to the USSR. Within the country, the authoritarianism of the man who called himself ogasefyo – the redeemer – was beginning to grate. So were the more than mixed results of his economic policies. A commentary on this comes from the slums where popular music, that of everyday life, bears the name of the drink that often goes with it: palm wine music. This was a sort of poor man’s highlife, of which Kwabena Nyama was the figurehead.

Palm wine music, played on rudimentary instruments with the guitar at its heart, gave rise to guitar bands, leaving behind rich, brilliant brass instruments and replacing them with unbridled strumming. Independence and its glories were beginning to give way to difficulties, but the father of the nation couldn’t let anything slip. He had ears everywhere, even among the musicians. So when political or social commentary is censored the best thing to do is to sing about love. It always works and is precisely what Kyeremateng Katwede does in this electric rendition of palm wine music.

But drinking is big business, no less in Africa than elsewhere, and especially during times of crisis. In Ghana, the years following independence saw inflation soar, which inevitably had an impact on the price of beer. E.T. Mensah, who owned his own club, was forced to sell beer at a low price because customers threatened to stop coming if he raised the price. As a result, he lost a lot of money and soon had to sell the famous Paramount Club where Armstrong had shared the stage with him. The king of highlife had the blues and he sang about it in this song, an inflation calypso.

Highlife, the soundtrack to a new era
Series