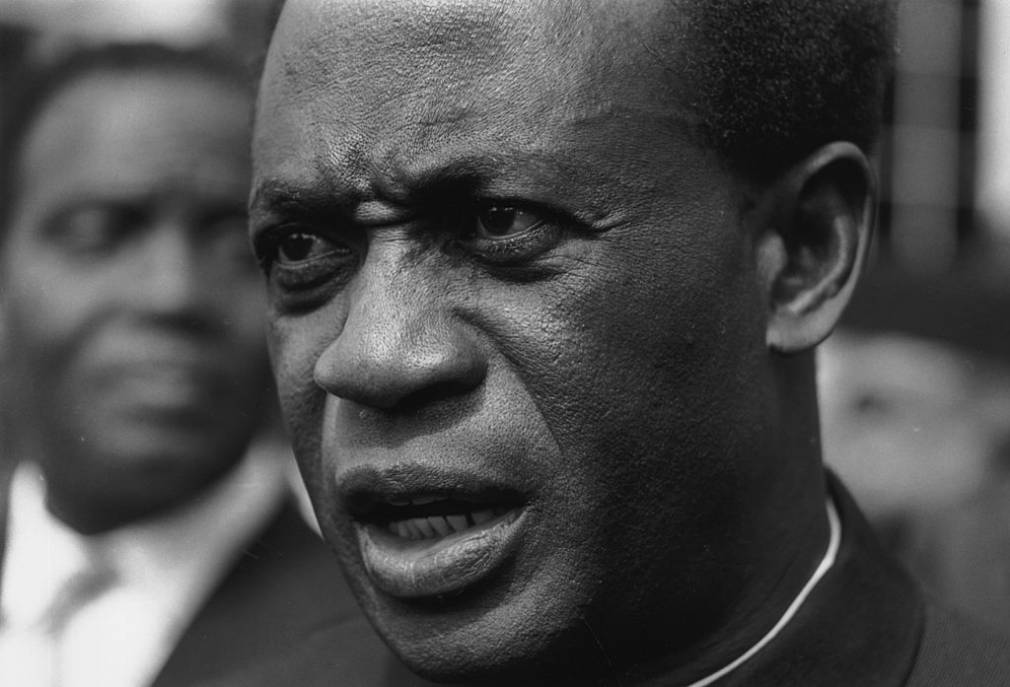 In the mid-1960s the father of an independent Ghana was becoming increasingly authoritarian and discontentment was growing, particularly amongst the military. Ghana was entering a period of uncertainty. Ghana Freedom (5/5)

In 1964, like many of his peers in Africa at the time, Nkrumah put an end to the multiparty system and proclaimed himself president for life. He was trying to buy himself some time. Increasingly paranoid, he barricaded himself in, though it must be said that he had escaped several assassination attempts, which will inevitably lead to mistrust. But in Africa, it’s a well known fact that when you’re president there are two basic things you have to fear. The first being Christmas Eve and New Year’s Eve, often chosen as moments to carry out coups d’état, thanks to more lax security around the holidays (Bokassa and Henri Konan Bédié know a thing or two about this). The second is foreign travel. In February 1966, Kwame Nkrumah was deposed by a military junta whilst staying in China. The CIA, always so thoughtful, graciously contributed.

Nkrumah went into exile in Guinea and the following year, in a disguised manner, Nana Ampadu and the African Brothers of Accra sang about the behind the scenes power games to see who would take the presidential chair. Of course, he sings in the form of parables. You don’t mess with the authorities, especially when it comes to the military.

The song is called “Ebi Te Yie”, which could be translated as ‘some are well seated’. It tells the story of how the animals of the bush fight to be seated near the campfire, that is to say, near the power and wealth to which it gives access. As they say in Côte d’Ivoire, when you criticise through song you ‘never say someone’s name’, but rather use metaphor to convey your meaning to the listener. That way the singer can – in case of any problems – say that they were just telling an innocent story.

Kwame Nkrumah lost his seat, as did many others in Ghana after him, as military coups plagued the country for many years after. That said, his intransigence and authoritarianism – which had made him unpopular at home – did eventually gave way to a rehabilitation of his image in Ghana. Outside the country he remains the hero of pan-Africanism, whose 60-year-old speeches still feel relevant today. And thanks to Nkrumah and his pan-Africanist vision, Ghana has become the number one destination for black Americans looking for their roots in Africa.

This move was led by artists and in 1971 Ghana hosted Soul to Soul, a fantastic concert (it lasted 14 hours!) featuring a flock of Ghanaian artists and American soul stars: Ike and Tina Turner, The Staples Singers, Carlos Santana bringing a Latin touch, and of course Wilson Pickett, all live in Accra.

A year later, Nkrumah died in a grim hospital in Bucharest, Romania. His ideas live on, however, and continues to inspire all those who dream of a united, strong and truly independent Africa.