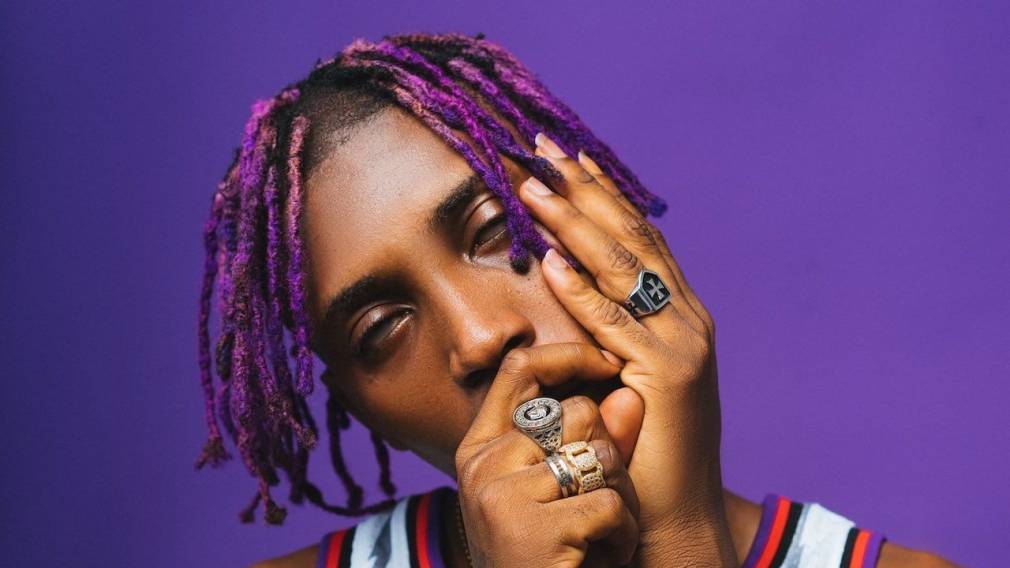 After a hectic 2020, the Nigerian music scene emerges even stronger boasting a high quality crew of up-and-comers sure to shake up the scene in 2021.

2020 brought about an unexpected turn of events in the music industry as live performances and touring were severed completely. The music industry however embraced this change in full throttle, leaning into digitization to influence music consumption and even discovery. The Nigerian music industry witnessed an array of talents emerge in the past year. From the continued street presence in Nigeria’s pop culture to acts like Bella Shmurda, Zinoleesky, Mohbad and the rise of Bad Boy Timz, Dunnie, Tsuni etc. Now, adding the unheralded emergence of Mavin Records’ Ayra Starr and Jonzing World’s Ruger, 2021 promises to be an even more exciting year for the Nigerian music scene already revelling in an abundance of sounds.

Here are 14 talents staking their claim for a place in the Nigerian music scene.

Bella Shmurda tiptoed to mainstream consciousness with the viral “Vision 2020” after bubbling under from Lagos State University. The singer delivers a sound that seals him as a significant voice for the street by mirroring their realities through music. Following the release of Vision 2020 remix, which features Olamide, Shmurda has been on a roll with his subsequent projects including, High Tension EP, “Dangbana Orisa” and most recently, “Cash App”, currently one of the hottest records in the country presently. Shmurda also featured in albums of heavyweights such as Olamide’s Carpe Diem and Davido’s A Better Time. Shmurda is competing alongside Tems, Omah Lay, Oxlade for the highly coveted Headies nominee.

The new Mavin signee is already living the year. Just 48 hours after she was announced, alongside an eponymous 5-track body of work, it peaked at #1 ahead of heavyweights such as Wizkid, Davido, Olamide, etc. The project’s lead single, “Away” is the presently the #1 song in Nigeria, has been trending on Youtube, and has debuted as one of the 20 most played songs on Radio in Nigeria – all in a single weekend. She’s one of the few artists to achieve this kind of success in a very short period. If these feats are anything to go by, Starr is definitely one to keep close watch on in 2021.

The singer has been developing behind the scenes for about a year and was officially unveiled by Jonzing World last week. Jonzing World, helmed by D’Prince in affiliation with Mavin Records introduced Rema in 2019, who fast became a global sensation. Jonzing World is ready to reiterate its magic but this time, in affiliation with Sony Music UK. Ruger’s debut single , “One Shirt ” features both D’Prince & Rema and the singer is already taking position on playlists and their covers.

Bad Boy Timz gained recognition following his social media freestyles that even caught the attention of British rapper, J Hus. This would later land him a record deal going on to release “MJ”, a number eponymous of the King of Pop. MJ became one of the early hits of 2020 with subsequent versions that feature Teni, Mayorkun etc. The year took a more interesting turn for the singer following his feature in “Loading” off Olamide’s recent project, Carpe Diem. With the track’s virality and a VR spin to its visuals – which has become afrobeats’ first, “Loading” has since become pronounced in Nigeria’s pop culture.

Artist and music producer, Dunnie navigates both worlds so well. When she is not busy producing hit records for Becca, Busiswa, she is busy creating musical masterpieces, one of which features Oxlade dubbed “Overdose”. Dunnie is presently laying finishing touches to her forthcoming debut album to be released later this year.

The singer is signed to Zlatan’s ZANKU Music and having featured in a couple tracks from that camp, Jamopyper had his moment with “If No Be You” featuring Mayorkun, a song that already went viral on social media before its official release. With tutelage from the ZANKU crew, Jamopyper is sure to further this streak in 2021 with more street bops.

The singer-producer leveraged his affinity for an automobile brand to deliver a smash. “In My Maserati” became one of the hottest records in Nigeria in the past year. This follows his 7-track EP dubbed Wakanda Jollof that was released in 2019. Remix of the self-produced record features Davido and its ubiquity saw it rise to #6 on the Official Afrobeats Chart UK.

Being endorsed and having shared stages with Tiwa Savage and Wurld, Tsuni is one of most exciting new generation talents staking a claim in the Nigerian music scene, and this she does with her goosebumps-inducing covers on social media that have since arrested the attention of key personalities including Tems and Adekunle Gold among others.

Though the artist-producer has been around for a minute, the past year has been promising enough to envisage what 2021 holds for him. The remix of “Love Nwantiti” which features Joeboy, Kuami Eugene released in early 2020 received considerable reception. The singer then closed out the year with the announcement of joining Warner Music South Africa with hints of a sophomore album – his first major label debut – set to drop this year. He is also featured in “La La”, one of the most critically acclaimed records off Davido’s recent album.

The duo launched into the mainstream with “Barawo”, a conscious record that embodies the throes of being Nigerian. This record, though one of the hottest tracks in the country in 2020 resonates deeply with Nigerians especially during the #EndSARS protest. The duo teamed up with Davido for a remix and then Nissi for “Symbiosis” as follow up. Come 2021, being one of the very few duos in Nigerian music, they’re expected to explore highs armed by the expertise of Avante Concepts, an affiliation of The Plug, who boasts of a clientele that includes Davido, Mayorkun, Peruzzi, Oxlade etc.

The Universal Music Nigeria signee was a duo with Rema a few years back. The singer has marked his presence with records like “Paloma”, “Vibe With Me”. Being a priority signee at the major label, we can imagine what 2021 holds for Alpha P, especially as there’s change in management that sees Chin Okeke now helming the label’s operation in Nigeria. Okeke is the co-founder and Executive Director of Eclipse Life, the organizers of Gidi Fest, West Africa’s biggest music festival.