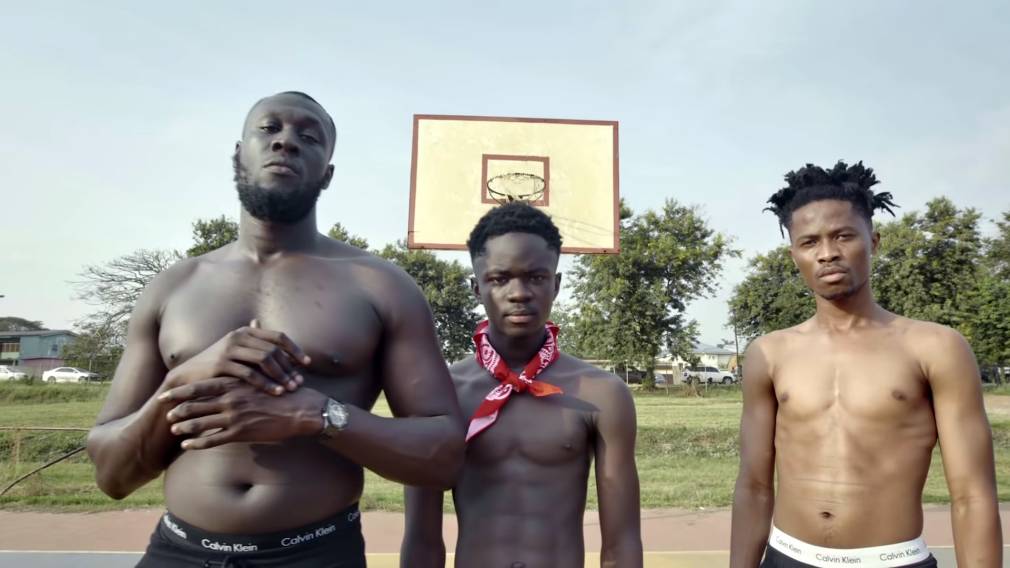 Rap: 10 tracks and a tour of Africa

From Ghana to Mali to the Ivory Coast to Kenya through Morocco, PAM offers a selection of ten tracks that shook the African rap planet during the first quarter of 2021.

A selection to find in our Pan African Rap playlist!

We begin our journey with a visit to Kumasi, and the drill scene bubbling in Ghana’s second city. If there’s one rapper responsible for the growing interest in the Ashanti version of this music, it is Yaw Tog. Last August, his track “Sore” became a hit and shone a spotlight on his Life Living Records colleagues (Jay Bahd, City Boy, Reggie, O`kenneth). On March 4, the young artist released the long-awaited remix of the track with British rapper Stormzy and Ghanaian rapper Kwesi Arthur from Accra. It marked a great moment for Kumerica (the nickname given to Kumasi and the local culture inspired by African-Americans). This is only the beginning of a long adventure.

Next, we remain drill-focused but this time in Wolof. In mid-March, two Senegalese rappers set fire to the Vibe radio studio in Dakar. Shampagne Baby and Papeush both belong to the Buur Music label, which is based in Guédiawaye, a suburb of the capital. The live version of their performance still unreleased but has quickly spread on the internet. Shampagne Baby, 21, was born and raised in Bergamo, Italy. She started rapping three years ago for fun and was discovered last year via “Bad Bitch” on which she rapped in Italian. Papeush, 25 years old, lives in Dakar. Recognizable by his fast flow style and his taste for a dark atmosphere, he was also featured on “Deuil national,” a collective track written by several Buur artists in March to pay tribute to the students killed during the demonstrations. Shampagne Baby and Papeush’s collaboration was finally unveiled under the title “Present and The Future.” For the record, the two artists were brought together while Shampagne Baby was in Senegal for her honeymoon.

Drill once again. It’s been six months since the Togolese rapper Folidjanta released the stylish video series dedicated to this sub-genre of hip hop. Originally from the working class neighborhood of Adamavo, in the northern suburbs of Lomé, the rapper started making music in 2020: “I started to drill following the death of the rapper Pop Smoke. What I like about this music is the percussion and the sounds of the TR-808 drum machine on which the instrumental is based. As an African, the percussion inspired me a lot,” he says. Folidjanta is always accompanied by rapper and beatmaker Beatpopovelo, a long-time friend. For “Drill 5,” the two artists covered the instrumental of “Whoopty” by New Yorker C.J.. The original video was shot in Kagomé, a neighborhood in the northern suburbs of the Togolese capital where Beatpopovelo lives.

Moving to trap now, one of its most important representatives in Kenya is Boutross. A member of the group AD Family and the Shrap Nite collective, he imposes his style in opposition to gengetone, the Kenyan derivative of dancehall. Boutross raps his egotrips in Sheng, an urban mix of Swahili and other languages (Kikuyu, Jaluo, Kisii). The man behind a discography that already includes eight projects since 2013, the rapper announced Mtindo in February through his single “Yea Yea Yea.” On this new track, Boutross celebrates the beautiful progression of his career and praises the beauty of his jewelry and the women he’s with.

Another Nairobi presence is SilversTone Barz. The young artist is undoubtedly one of Kenya’s best female rappers alongside Femi One, Ssaru and Bey T. She was discovered in 2019 thanks to Khaligraph Jones, a headliner on the Kenyan rap scene, via “Khali Cartel 3,” a ten-minute track in which he highlighted promising artists in the country. Since then, the 23-year-old Nairobi-based musician has continued to showcase her talent with each new single (“So On My Sh*t”) or freestyle pieces (“Watch Yo Mouth”). In February 2021, she teamed up with singer Victoria Kimani for “Africana,” an Afropop track that features the chorus of the 2006 reggaeton hit “Oye Mi Canto” by N.O.R.E., Nina Sky and Daddy Yankee.

Next we travel to South Africa to discover a new find from Durban. The city is not only the cradle of gqom music, it has also provided a cradle for an excellent generation of rappers. The proof is plain to see with Blxckie, 21 years old and member of the Clout Internet Boyz collective. The young rapper and beatmaker has made a name for himself over the past two years with a number of quality projects on Soundcloud and most recently with “Big Time Sh’lappa,” his feature alongside LucasRaps, Durban’s other rising rap star. Blxckie moves with ease on trap beats, rapping and singing in turns. For his latest track “Stripes,” he is accompanied by Flvme, one of the biggest rappers in South Africa right now. For the occasion, the Kathlehong native (a township in the province of Gauteng) offers an entire verse in whispers. Blxckie is the first artist from his country to be featured on Up Next, the Apple Music program that reveals future stars.

Morocco’s ISSAM also fully deserves the exposure he’s received. The rapper from Casablanca mixes singing in darija – the Moroccan Arabic dialect – with trap sounds and traditional North African music. Thanks to the success of his track “trap Beldi,” he signed the biggest contract in Arab hip-hop with Island Def Jam, the subsidiary label of Universal Music France. His first album, Crystal, is slated for 2021. In the meantime, ISSAM has begun releasing tracks like “Wra Tabi3a.” In the self-directed video , the daily household scenes are frozen and made eerie by terrifying masks and devil horns.

You can count on the Ivorians to highlight national specialties in their music. After all, nothing is better than great food for relaxing in good company. Since 2019, Fior 2 Bior has been one of the most notorious and expressive rappers in Abidjan  with his mix of rap and coupé-décalé. His track “Gnonmi avec lait,” released on March 1, features Niska and is dedicated to an Ivorian delicacy made of millet flour, a very popular ingredient during Ramadan. It marked an instant hit in which Niska, of Congolese origin, honored the Ivory Coast by blending French and Nouchi, the urban Ivorian language, as well as citing two of the emblematic dishes of Ivorian cuisine: garba (fish accompanied by cassava semolina) and alloco (fried plantains). Barely a month after its release, the video has reached ten million views on Youtube. This is the biggest debut in the history of Ivory Coast rap.

A big family reunion is next in Cameroon. Since 2013’s hit”Hein Père,” Stanley Enow has been one of the bosses of local rap. In a few years, the native of Bafoussam, in the west of the country, has managed to rise to the rank of pan-African star, as shown by his  2019 remix of his song “My Way” alongside the Tanzanian Diamond Platnumz and the Ivorian Ariel Sheney. After moving away from rap and into pop, the single “Tu Vas Lire l’Heure,” released last October, seemed to mark a return to his first love. For this remix, the founder of the Motherland Empire label has chosen to feature the top echelon of kamer rap.

We end the voyage with a message of hope. After the very popular “Je gère,” released last October, Ami Yerewolo, one of the pioneers of female rap in Mali, released the video for “I bamba.” This title, which means “perseverance” in Bambara, is a hymn to self-realization. The young activist rapper sought to represent the perpetual struggle to emancipate oneself from the expectations of others. In the video we see a young student being harassed at school because of her unique look. Like a prophetess, the MC delivers her message to the young girl, surrounded by other benevolent women. Ami Yerewolo invites women to practice sisterhood and the Malian youth to be persistent. Her next album, AY, is highly anticipated.

Quench your thirst for rap music with our Pan African Rap playlist on Spotify and Deezer.