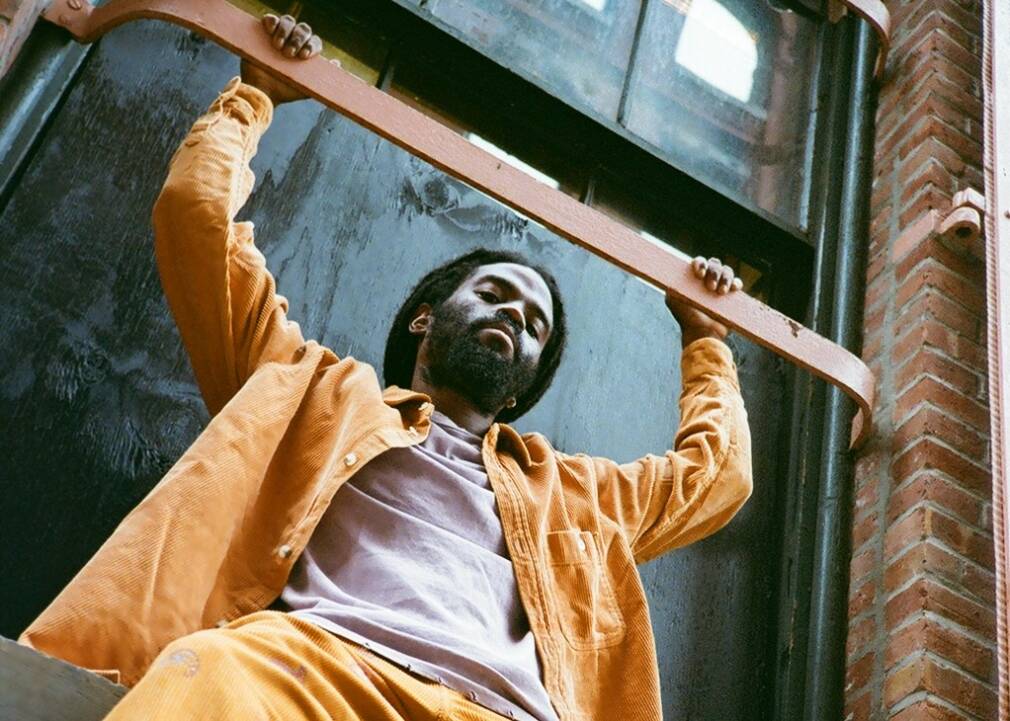 PAM sat down with Hector “Roots” Lewis to talk about the latest single “Ups and Downs”, his reggae upbringing, and building a new foundation with Chronixx’s new independent imprint Soul Circle.

Hector “Roots” Lewis has reggae in his blood. Born in St. Catherine parish in Jamaica, Hector was brought up in a musical household. His mother Barbara Jones is a legendary reggae artist, touring as a backup singer for Jimmy Cliff in the 1980s and landing a spot on the UK Charts with her 1981 single “Just When I Needed You Most”. Hector now bears the torch. Developing as a singer and drummer, he is an accomplished songwriter, kicking off his career with singles “Love Saviour”, dedicated to his late mother, and “Did it Again”, an acoustic jam with some of Hector’s close musician friends.

The blossoming artist’s career has recently hit another milestone, signing with reggae revival artist Chronixx’s new independent imprint, Soul Circle. The two had worked together, Hector performing as the percussionist and backing vocal Chronixx and Zincfence Redemption for the past 8 years. Announcing Hector’s move to center stage was the single “Ups and Downs” produced by J.L.L. who recently struck gold on the boards for Drake’s “Champagne Poetry” off the most recent Certified Lover Boy album. It appears the stars of success are aligned.

To celebrate Hector’s recent release and greater adventure as an independent artist, we spoke with him about his musical background, future ambitions, and a word or two on the role of faith and power of positivity.

How did you first get into music?

I mean, you know, I’ve always been in music. I grew up in a musical house, my mom was not a star: first she was a mother. I grew up hearing her singing at the house and that was the first inspiration. She would actively practice songs around me with my sister who was older than me. So there was that. There’s also a church and, and different local competitions that I had done to help me start into music. You know, I thought I would do the voice first. And then I went on drumming in college where I pursued it in an educational, formal forum. And through that, I met a lot of great musicians.

So it was a very musical household?

Yeah, some of my mother’s friends in the house like the Toots and the Maytals, some other musicians like Bob Marley percussionists, there’s this famous percussionist by the name of Stick Thompson who got her her first gig, you know stuff like that. Third World, Ibo Pupa, these people my mother worked with, so I got to meet all these people. And many more. I got to be around them as a child. The highlight was the music, how they did and hearing them sing the songs and everything just felt so good, you know? Yeah, that’s a strong, strong pull of destiny right there.

What drew you to drumming?

The rhythm. I’ve always had a thing for rhythm. I was always able to dance.The rhythm was always there. I can remember one specific time. I saw a group who really influenced me and the drums just called to me. I can’t remember the name, but it was a group of hand drummers and it was wonderful.

Can you tell me about the music you’ve released now?

I have two singles that I released last year, they’re called “Love Saviour” and “Did it Again” by a producer called Dray out of Bronx, New York, a Jamaican producer, and that’s about it. I mean, I did that and then I wanted to create more music. I wanted an easier structure. So I reached out to a producer called Jay LL and I told him exactly what I wanted to do. I said, “yo, I’m a vocalist and I need to be produced.” You know, he, to me, has an eye about that kind of thing. So I reached out to him, we actually did a project and a bright idea came to me so I approached Chronixx in our very business way to say, “oh, I have this project. I need some help. Can you help me?”

Then came “Ups and Downs”?

Yeah, I mean, we’ve been writing for awhile and you learn things along the journey of writing how to match the times and stuff like that. That song is a reflection of the times in a more simple form. It’s to remind people that life has ups and downs. So don’t get too down. I myself was in an experience like that and so while I was writing, I was not only writing for the people, because I’m writing to talk to myself to know that there’s ups and downs and don’t give up because the breakthrough is just around the corner, you know? That’s a simple reminder. Just put somebody in pause and say life is about ups and downs and when you fall, you’ll appreciate that rise. And it happens every day, every day.

You’ve said elsewhere something that really caught my attention, “you must empty your cup and learn to become”. Can you break that down for us?

I mean, in a simple way, there’s a lot of things that we can know and a lot of things that we can conceive and perceive going into something.But to be honest, in order to really learn something new, you have to come down and be humble. That’s basically what I’m saying.  Just be humble. Listen more, talk less, take nothing for granted. Absolutely nothing for granted. When I empty my cup, I’m emptying out all I know. I’m becoming a student again, just that type of humility to learn.

How does it feel to be signed to Soul Circle?

It does a lot. Soul Circle, they encourage growth in an artist. They encourage business formalities and stuff like that. So for us it is just a real formality on the journey. You know, having worked along with him it is a more formal step in the eyes of the public and everyone who knows what the journey has been.

And the agenda is the same, you know? I mean, it just really comes now to embody what the man himself who created this independent label embodies and just carries on in a very dynamic way, in a very versatile way. Not necessarily to be like him. You know, he gives you the space, he gives you the time. So the ball is in your court.

So it does a lot for me. It brings me in a new light with my art and to make it be more structured, I’m more conscious. For a better word it helped me to set my own path. Set my own foundation, in a real way.

Where is this foundation heading?

I want to create something called edutainment. Education through entertainment. First we  want to be able to get these performance tours. But leading up to what I really want to do is the workshop. I wanted to be able to create an awareness in the Caribbean that music is a given subject, a given path that if you realize is within your child, you should put them in it because every job is a job and not because it’s something that has a lot of high profile, there’s a way in which to do it.

In a very constructive level that we can live by, work by, support people, support everybody around you by. And be stable. So, you know that’s kind of what our aim would be to want to bring awareness. Then encourage more musicians to take music seriously and, you know, to spread the love spread.

Is that linked to your faith as a Rastafari?

Yeah, Rastafari teach in the same way because I couldn’t see myself singing in any type of part. Even if we’re not saying Rastafari, what we’re saying must be uplifting, and must have a certain type of beauty about it. We’ll never be raw or uncut. The music might be raw and uncut at some point. But we want our music to be universal, that’s also one of our aims. Everybody can listen to it without feeling like this is only for somebody who is from the culture. Because we all live in one world and the world is small.