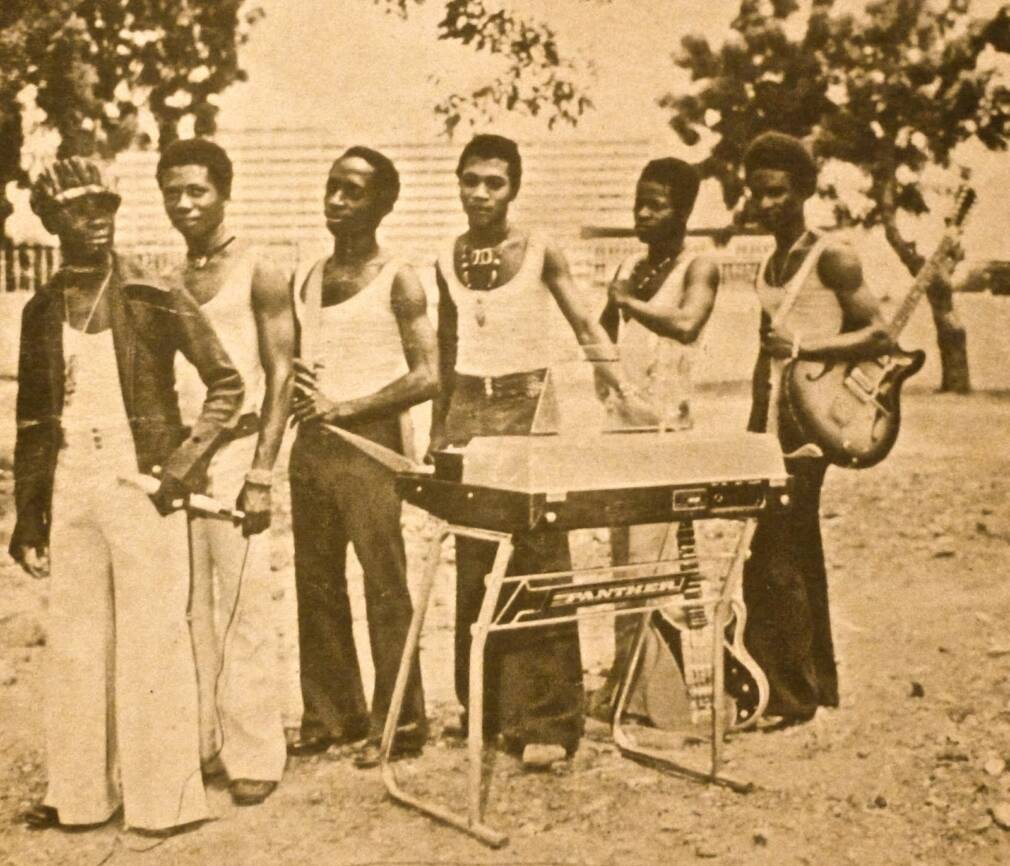 Vis‑A‑Vis In Congo Style: when highlife combined with Congolese rumba

The Canadian label We Are Busy Bodies is reissuing a 1976 album from legendary Ghanaian band Vis-A-Vis.

As both a popular live act and in-demand studio musicians in Ghana, Vis-A-Vis released 13 albums between 1975 and 1982. Led by vocalist Isaac “Superstar” Yeboah and featuring Sammy Cropper on guitar, Slim Manu on bass and Gybson “Shaolin Kung-Fu” Papra on drums, Vis-A-Vis helped propel K. Frimpong to fame, one of Ghana’s most popular stars in the 1970s. Today, Canadian label We Are Busy Bodies announces the reissue of the sought after 1976 album, Best of Vis-A-Vis In Congo Style. The record fuses Ghanaian highlife with Congolese rumba, which gained popularity throughout Africa during the 1960s and 70s. It will be re-issued alongside another Vis-A-Vis highlife album from 1977, Do Wo Ho Ni.

The lead single, “Cherie Bondowe,” is typical of the album’s up-tempo rumba party style. The track had been a hit for the Congolese guitarist and singer-songwriter Freddy ‘Mayaula’ Mayoni and was recorded in collaboration with Ok Jazz, one of The Congo’s most successful rumba bands, led by Franco. One of the musical innovations of Franco’s band was the mi-solo (meaning “half solo”) guitarist, who played arpeggio patterns and filled a role between the lead and rhythm guitars.

Best of Vis-A-Vis In Congo Style, out on December 10 via We Are Busy Bodies.

We Are Busy Bodies pays tribute to the Eboni Band
News