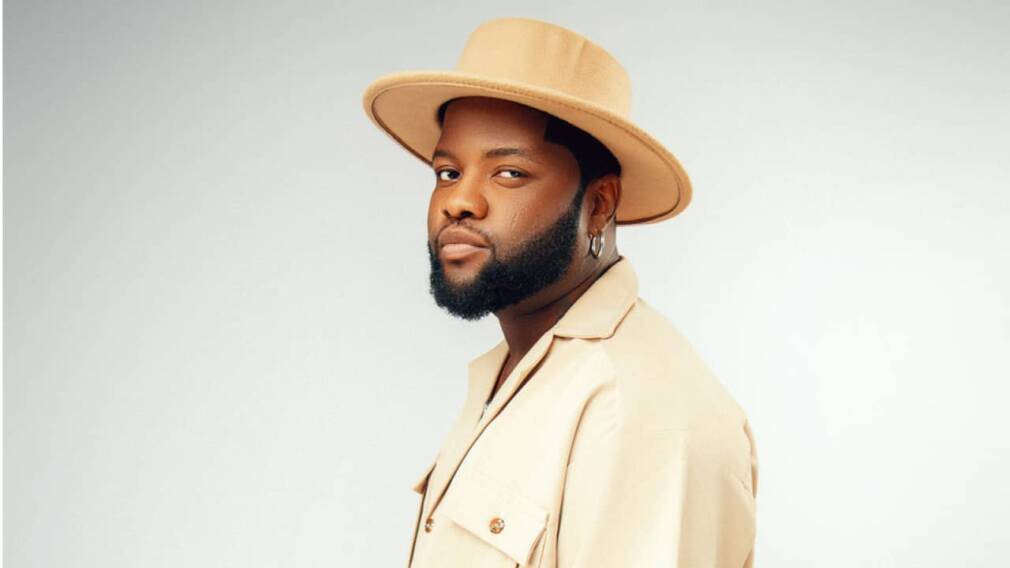 Skales is stepping into the limelight again

Skales breaks down his multi-decade career as one of Nigeria’s original superstars and his return on the scene with his new album Sweet Distractions.

“Man, I know for sure that from track one, you’re gonna be blown away,” says Skales with a high level of conviction. He’s referring to Sweet Distractions, the long-awaited 14-track body of work released under his OHK Entertainment Record Label. “You can hate me but you would love my music,” he continues. “You know how one human being is trying to grow, and of course, there’s the ups and downs that would either break you down or motivate you to do better. For me, this album is a representation of everything that was meant to make me fail, turning out to be what pushed me to want to do better.”

Skales is a rapper first before anything else. As a young and talented MC in the early 2000s, he began to write his rap songs having been heavily influenced by all the sounds he had his ears opened to in Kaduna, Nigeria. “I would say I listened to all kinds of music growing up because my mum used to own a record store in Kaduna where she sold diverse cassettes and tapes. Unlike other kids that were exposed to stuff like cartoons and TV, I was just exposed to music”, he recalls. “From Gospel Music to Country, Rap, and Rock, I was  exposed to every kind of music you can imagine.”

Born to a single-parent household, Skales’ journey is one that perfectly plays out the rags to riches story. His mum had to do menial jobs to nurture him at the time, and him being chased out of school because he couldn’t pay his tuition fees – all these experiences have led to momentous twists and character-building turns in his life. “When we were younger, a lot of people wanted to be footballers. I wanted to be a footballer too, but there was also that love for music in me,” he says of his childhood. “I feel like if I had a lot of support earlier as a teenager when this music was very hot for me, I would have even been in a much greater position.”

Whilst at the University of Jos, an opportunity that would kick off his entire musical career came knocking and he was ready to answer. “I was a new student at the University of Jos but I was already making waves. My name started ringing alarms everywhere, and that was how I met with M.I, Jesse Jagz, Ice Prince, Jeremiah Gyang, and a lot of people. It just happens that there was a stronghold of amazing artists in that city.” In 2009, Skales unveiled “Must Shine”, his very own debut single produced by Jesse Jagz. It went viral, receiving numerous spins across radio stations in Lagos, Jos, and Abuja.

That same year, he relocated to Nigeria’s music hub, Lagos, and signed a record deal with Empire Mates Entertainment, the previous label home to Wizkid. “Moving to Lagos was just an inevitable decision. If you want the music to blow up, then you should come to Lagos. I mean, you can be anywhere, but it’s easier when it’s in Lagos. And when I got in here, I started making waves, and I had recently won a competition organized by a telecommunication company Zain, and I was the Northern champion. I remember when I first met 9ice and he was like ‘Yo, come to Lagos, you don’t deserve to be here.’ Back then, there were not a lot of artists that made great music compared to now. Right now, we have a lot of great artists. And at the time I came to Lagos, I felt like there was this void I was coming to fill.”

He made his big break with “Shake Body” in 2014, and in no time, the tune grew to become an anthem in every club in Lagos. These were exciting times for Skales, with his rise coming in the wake of afrobeats’ renaissance. Although it provided a backdrop for him, he didn’t need any external conditions to realize that music was something he was born to do. “I’m very honored to be part of the pioneers of what afrobeats is right now cause I made one of the biggest afrobeats songs which crossed internationally, and that’s “Shake Body”.”

Since then, Skales has gone on to collaborate with Major Lazer, Burna Boy, Wizkid, Davido, Harmonize, with his music capturing the heart of fans around the globe, including in the UK where he performed at the 12,000 capacity Wembley Arena, as well as reaching an ever-expanding audience through the feature of his tune “Shake Body” on the trend-setting soundtrack of Netflix’s hit show, Sex Education. “I’d like to be an ambassador that keeps taking this African music to the ends of the earth,” he says.

Much of Skales’ output in 2021 was a return to the pop-hit-making form that has seen him ascend to the upper echelons of the genre. Songs like “Kayefi” found the 30-year-old artist museing the concept of romantic companionship, while “This Your Body”, the Davido-assisted banger, was a thesis on the delights of a partner’s body. “I Dey Miss You,” a runway ballad with Imanse hinted at the beginning of a new attempt of capturing the joys of his life on wax. However, his latest single “Nobody 2 Somebody”, sees him giving a concise retelling of his life’s story while offering motivation for anyone hoping to make the same jump in life’s conditions.

“I was going around with my team, and I remember one of my team members was trying to get something and his request was rejected. But when I pulled up, his request was approved, and it just hit me that if you don’t have a name, nobody would care or respect you. For me, that situation triggered the reflection of where I came from.  And I feel like there are a lot of people who feel like nobody sees them, especially in the aspect of them just chasing their goals and it’s not working. And instead of some people telling them that they can do better or gas them up, they don’t. And with the pressure from social media, a lot of people are just down and sad. I sing about women and all that, how about I sing about what I feel sometimes, and something people can relate with easily.”

Our conversation flows through the importance of representation in today’s multi-faceted and diverse society, and why he must amplify his voice and story. “I have to use my story to inspire a lot of kids out there because my story is deep”, he says. “Nobody 2 Somebody” sets the tone of his new project Sweet Distractions, a title born out of the distractions he has had to encounter on this journey from being that talented Nigerian wonderkid to becoming a certified Afro-pop icon.

“I have lost a lot of people that were so important to me due to issues and disputes, failed relationships, failed deals, people disbelieving me even after proving them wrong so many times, and a lot of negative stuff. But, all these things have helped me to become even more focused.”

Listen to Skales in our One Dance playlist on Spotify and Deezer.

Sweet Distractions by Skales is out on all platforms.