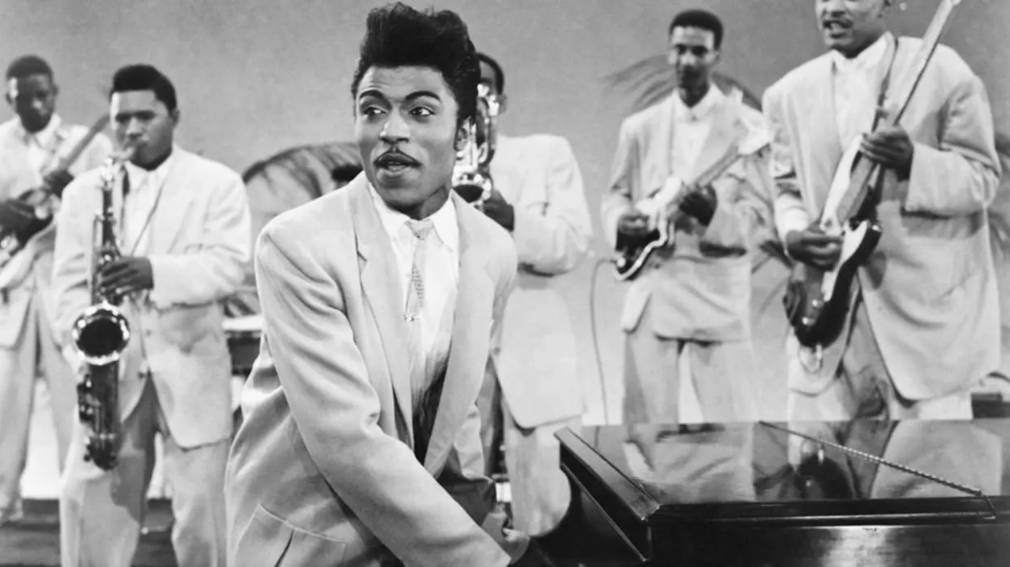 Little Richard, rock n roll’s eccentric godfather, passes away at 87 years old. PAM pays homage to the larger than life frontman who gave rock and roll its heart and soul.

Take a moment to reflect on the mind-blowing reality that a loud omnisexual black man in drag broke into the spotlight of the 1950s segregated South. If that isn’t proof of the undeniable power of Little Richard’s music I don’t know what is.

Chuck Berry and Bo Diddley certainly did their part to lay the musical foundation for rock n roll, but it was Little Richard that turned it into a phenomenon. The energy in his voice and high octane acoustics brought the genre to another level of intensity and fervour that would send shockwaves through generations. More than anything, it was Little Richard’s freedom and authenticity, to gesticulate on stage, to sing scandalous lyrics, and above all to be himself, that created a credo for rock the way faith gave bedrock to soul.

I remember reading Jimi Hendrix’s biography at a young age and being fascinated that he had played for a time in Little Richard’s band.  It made the world seem so small and it felt like greatness could be passed by the touch of a hand. Jimi walked away from his time with Little Richard aching for his own spotlight and armed with a model he could emulate to stir crowds into a frenzy. Of course, he went on to do just that.

Digging through the lives of the rock n roll icons of my childhood Little Richard comes up again and again. He headlined for the Rolling Stones on their first tour in 1963, he played with the Beatles at the infamous Star Club in Hamburg, Germany in 1962, and was impersonated on occasion by James Brown in his early career. Whether it’s the ecstatic “Whoo” you hear on “Twist and Shout”, the psycho-sexual content of the Rolling Stones’ “Brown Sugar” (which Little Richard later covered), or the fiery performances that defined James Brown’s career, Little Richard left his mark on the icon’s of modern music. You could write a whole dissertation on the fashion similarities between Little Richard and Prince alone!

However, there is much to appreciate in Little Richard, born Richard Wayne Penniman, the man. His struggles with faith, hot and cold relationship with the spotlight, and lifestyle choices all spoke to a rich inner life that championed the balls to the wall humanism that gave rock n roll its spirit. However, his music remains the ultimate testament to these qualities that generations of musicians and performers have come to appreciate to a point of worship.

When David Letterman asked Little Richard in 1982, “If you hadn’t come around would rock n roll started differently or later?” Richard replied, “I don’t believe it would have got started at all.”

Yes, Little Richard brought the wild and incomprehensible a-bop-bop-a-loom-op a-lop-bop-boom! with zero regard for convention or approval, and it’s that spirit that propelled rock into the 1960s and 70s with a fury. For this, we remain forever in debt to the life of the artist and visionary, Little Richard.