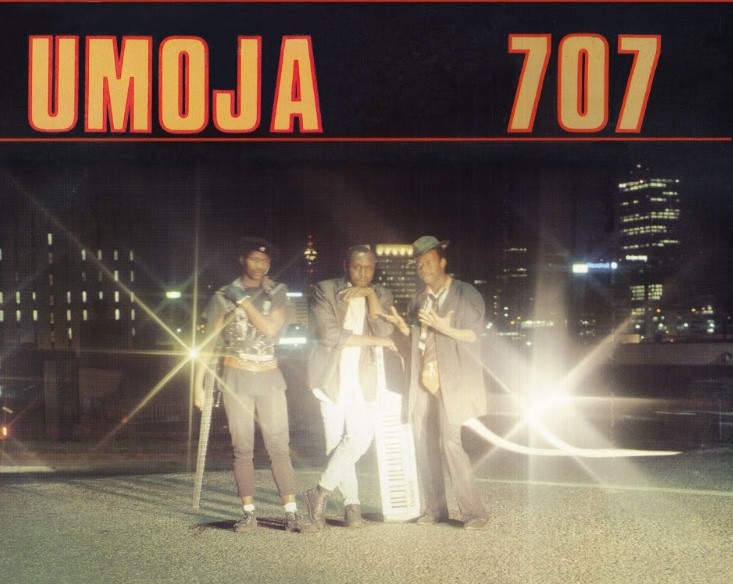 After a remarkable release from one of the greatest Malian singer, Awesome Tapes From Africa comes back with a reissue of a South African pop EP from 1988.

In South Africa, Umoja were the main stars of what we called Bubblegum music, a kind of kitschy pop music based on heady synth melodies. Led by “Om” Alec Khaoli, the band used this dance music as an escape within a country under the apartheid.

Umoja translates as “oneness” or “unity” in Swahili. The leader explains : “If you had grown up in South Africa at the time, there was nothing more in your life than oppression. It was even in your dreams. Anything that was a way out was welcome… When this music was playing everyone just wanted to dance, just have a good time.”