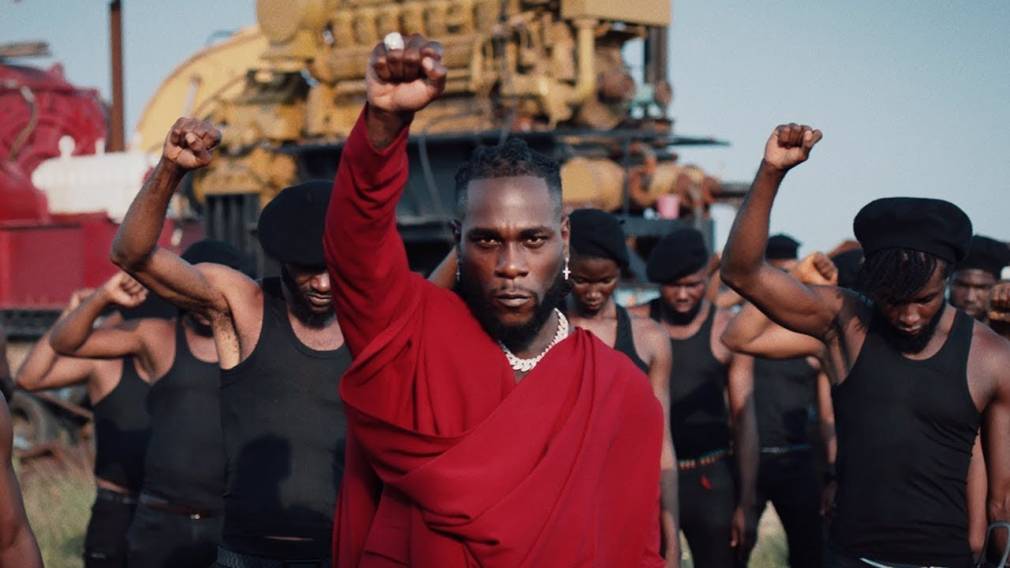 The Nigerian songs relevant to protesters during #EndSARS movement

From Fela Kuti to Burna Boy, these songs convey protesters’ swirl of anger, frustration, melancholy and hope while buoying up their fight.

The past weeks have been eventful as Nigerian youth took to the streets for the #EndSARS movement, a peaceful protest against police brutality. The violence perpetrated by the rogue police unit, Special Anti-Robbery Squad (SARS) has since been ignored by the Nigerian government despite an alarming rise in reports of extrajudicial killings, extortion, kidnap, harassment plaguing citizens and residents alike. Savara Mudigi, a part of Kenyan music quartet, Sauti Sol recently disclosed his horrendous encounter with these officers. The apparent apathy of the powers that be resulted into what became a nationwide protest, disrupting major economic activity around the country.

During the protest that lasted for about two weeks, music was wielded as a form of expression, creating a connection among strangers that resonates true. The records played during the #EndSARS movement embody anecdotes and emotions that mirror the long-standing trials of the Nigerian people. The music of these protests  range from popular vintage records that chronicled Nigeria’s systemic rot to contemporary releases that depict Nigeria’s decay through stiffness and indifference towards institutional reforms over the years.

From Lagos, Abuja to Port Harcourt, Benin, these songs convey protesters’ swirl of anger, frustration, melancholy and hope while buoying up their fight against police brutality, bad governance and call for accountability.

Founder of afrobeat, Fela Kuti remains a nemesis to the corruption and ineffectual leadership of the Nigerian government through his fondness for human rights activism with music. The track was originally released in response to the Soweto Uprising of 1976 where thousands of South African students protested the forced teaching of Afrikaans. Sorrow, Tears & Blood calls out killings happening on grounds of authority and totalitarian rule as well as the instruments of repression by colonialism. With lyrics like “So policeman go slap your face, You no go talk, Army man go whip your yansh, you go they look like donkey”, the song spikes a gush of resonance among protesters fighting against police brutality.

Late Ras Kimono was also a relevant voice in the fight for human rights in Nigeria. This song addresses police brutality and impotence of the Nigerian government. Lyrics like “See them lying, the police are shooting innocent people, what a pity inna we city” which bespeaks the government’s denial of killing peaceful protesters furthered affinity for and discovery of the record housed in the singer’s 1988 debut album, Under Pressure

Having lyrics such as “police brutality, they kill, they loot, dem dey kill leaders of tomorrow” from Fashek’s debut solo album, Prisoner of Conscience, the song seemed even more arresting with reports of the killingof 30,000 Nigerians by SARS in the last 16 years, most of which consist of young people who the gerontocratic government deceptively infantilize as the ‘leaders of tomorrow’.

Retro smash hit, “Jaga Jaga” connotes destruction and chaos. The record bewails Nigeria’s deplorable state, zeroing in on oppression of the masses by the people in power. The track at the time sparked so much ruckus it was banned by the then Nigerian president, Olusegun Obasanjo. It, however, still infiltrated mainstream consciousness via several other means like gatherings, night clubs etc. This record was a protesters’ favourite as it’s theme holds equal relevance as when it was a hit almost two decades ago.

Mr President, one of the biggest records in Nigeria at the time is an open letter and word of confrontation to the powers that be, highlighting themes that best explains elements of the Nigerian government and law enforcement ranging from bad governance to bribery, corruption, discrimination, looting etc. This remains the one of the biggest records during protests in Nigeria.

Falz enveloped an array of societal ills in this Nigerian-tailored rendition of Childish Gambino’s “This is America”. The song and visuals demonstrate a dysfunctional society where crime has become outrageously excusable in plain sight. This is relative to instances prior to and during protests where politicians, policemen are caught on camera shooting at, killing people and getting away with it. With escapades of protesters being teargassed, dismissed with hot water cannons and shot at, this song resonates on a whole nother level as this is indeed in Nigeria where citizens’ right to life and peaceful protest is brutally violated.

Following the singers’ consecutive encounter with the police, Jahblend vocalizes developing PTSD upon seeing a policeman. This record reverberated in the minds and lips of protesters as it portrays the institutional rot and troubling realities of the Nigerian youth who live their whole life being oppressed by, and scared of, policemen that should be protecting them.

Protesters aimed this song at political elites, breaking down how the government’s negligence pushed them into protesting which led to a nationwide disruption of activity. This includes a report that Lagos state lost about N200m within a few days of protest at the Lekki Toll Gate amongst other inconveniences recorded by government and residents around the country. This record sees protesters chant “we’re the monsters you made” with what you can rightly reckon as accumulated rage from oppression of their leaders.

Addressing issues such as police brutality, extrajudicial killings, “Barawo” has been bubbling under months prior. By serendipity, the record served protesters with it’s catchy hook that sings “this country na wa” which connotes “what a country!”, a typical interjection of many Nigerians about Nigeria. It’s remix featuring Davido was released in the thick of the protest.

Despite not bearing an emblem of a typical Nigerian protest song and while not having a political undertone whatsoever, “FEM” meaning Shut Up became the de facto record used in expressing dissatisfaction, silencing the government’s rigmarolish approach to calm protesters. With this song, protesters were basically calling for less words/empty promises and more reasonable action from their leaders.