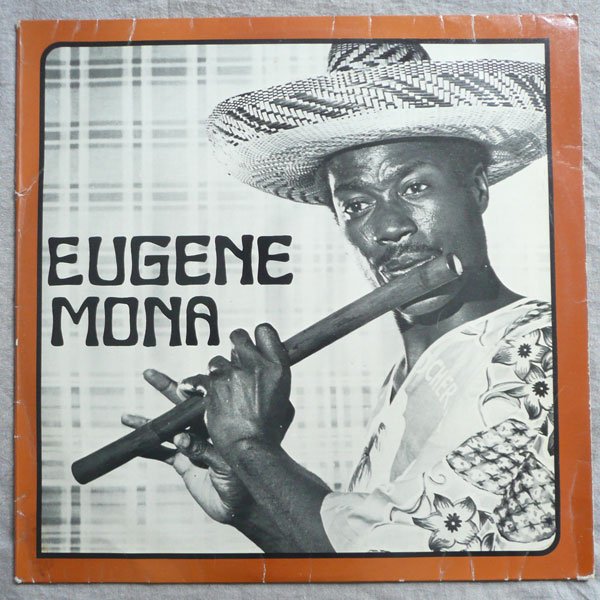 The man from Martinique who blended Creole poetry and the flute of  Martinique’s mountainous regions had an incandescent and singular trajectory. The child from Marigot, composer of the song "Bwa Brilé", continues to inspire younger generations today.

“I ask all those who like my music, a different kind of music, to give me a little money, just enough to prevent you from going out on a Saturday night, so that I can launch a big band worthy of representing Martinique in Europe”.  This request, made by Eugène Mona live on radio RFO, did not have the desired results : not a single penny was put in the three large urns set aside for the occasion.  “He suffered a great deal for his music. Too often, doors were closed to him”, confides his widow Martiane Bizet Siano in Nathalie Glaudon’s excellent documentary. Several days later, the man who embodied the soul of the people died in his prime.

From Marigot to Martinique’s mountainous regions

He was born 48 years earlier, on July 13, 1943, in Vauclin, a small rural community in Martinique. The little boy, whose legal name was Georges Nilecam, which he later changed when he found his true self, and after having been given many nicknames as a child, grew up with his father, an amateur accordeonist, who gave him his first rudiments in music. “I am a child from Marigot who wants to attain the universal… It’s possible, isn’t it ?”, he would later say.  In the meantime, despite his talent as a singer that was already evident in his teens, the future flutist soon took a different path: he worked as an agricultural labourer.  Then he turned to carpentry, an activity that by all accounts he excelled in. “At the age of fifteen I didn’t know how to read or write. A the age of twenty-five I could read and write music”, he said on the French TV music show Megamix in 1990.  Starting from scratch, he showed true strength of character.

If the texture of his voice was proof of his exceptional talent, the man who soon became known simply as “Mona” encountered another self-taught musician with a bright future: Max Cilla, who had chosen in the 1960’s to retreat to to the mountains and make flutes based on India’s ancestral tradition; he gave Mona one of his bamboo flutes, on which his disciple would compose haunting melodies. This encounter proved decisive. Later on in the 1960’s Mona won a prize in a Creole song competition. This launched his career, and he recorded his first album the year he turned thirty, in 1973. Bwa Brilé, recorded with his group of musicians from Marigot, was a success for the man considered to be the worthy successor of Ti Emile. But Mona added other spices to the traditional formula, revealing his own original personality.

From the mountains to the world

Based on slow tempos similar to deep blues, or on Caribbean rhythms steeped in grooves, his music forged original links between Martiniquan roots, bwa bwa and bèlè music in particular, and with music from not so distant North America, jazz and soul especially, all highlighted on center stage.

Reconfigured without being emasculated from its founding sources, the music of « old negroes », long denigrated, now nourished the inflections of an entire generation, both aesthetically and politically. This return to the roots that had probed the souls of the Maroons – slaves that had fled from the colonial regime to the mountains – took place at the same time that his native island, along with Guadeloupe, were irremediably plagued by a new servitude: the society of overconsumption and allocations, just as the preceding generation, during the 1960’s, had to deal with the bloodletting of the Bumidom (Le Bureau pour le développement des Migrations dans les départements d’Outre-mer) which organized the “migration” to France of over 200,000 French people from overseas.

Henceforth, the true poet of another way of healing the world, Eugène Mona released albums (whose titles were often just his name, but with benchmark songs such as Mi Bach and Doudou Ménard in 1976, and Roi Nigo in 1980…) whose total mix prefigured the outpourings to come, and which gave birth to a new vision of so-called « world » musics. In addition to his qualities as a musician, the man nicknamed « the barefoot singer » was an outstanding showman which could have – should have ? – made him an alter ego of Bob Marley, or even James Brown in the way he moved on stage.

In concert, the experience was often compared to voodoo ceremonies, Mona comparable to Fela’s presence on stage.  Not to mention that the words he wrote were anchored in daily life in order to enunciate bittersweet truths, awakening the consciences of young people. The song “1700” is a perfect example, full of metaphors and subtexts that express a great deal about the situation at the time. He incarnated « The Standing Negro » (another of his nicknames), repositioning Africa at the heart of history, as well as emphasizing the diversity constitutive of the Caribbean archipelago. Ménard in 1976, and Roi Nigo in 1980…) whose total mix prefigured the outpourings to come, and which gave birth to a new vision of so-called « world » musics. In addition to his qualities as a musician, the man nicknamed « the barefoot singer » was an outstanding showman which could have – should have ? – made him an alter ego of Bob Marley, or even James Brown in the way he moved on stage.

A visonary in the way he embraced the sounds of the world without forgetting  his Caribbean identity, Eugène Mona was also one of the pioneers to claim his Créolité as a key milestone on the emerging world music scene.  It is no accident that he had the support of Martiniquan intellectuals such as Edouard Glissant, Patrick Chamoiseau, Raphaël Confiant, etc.  Among them, Aimé Césaire was the most loyal to Mona, who also appeared briefly in the film Rue Case Nègre in 1983. The father of Négritude and mayor of Fort-de-France aided him through his cultural festival and the Centre Martiniquais d’Action Culturelle, which was for decades a reference in municipal cultural politics and a melting pot for numerous emerging talents. And less than a year after Mona’s death, an « avenue Eugène Mona » was inaugurated in 1992 in Fort-de-France, a reminder of the connection between the two men : more than one text of this other Martiniquan poto mitan celebrated the composer of Cahier d’un retour au pays natal, and the musician often took the side of his mentor. In “Mi mwen mi”, he even attacked one of Césaire’s rivals in the elections, to the traditional beat of pulsating drums.

“When I’m dead I’ll sell a lot of records”, he prophesized several days before his death to his wife, who collected his too-insubstantial royalties. The man connected to nature and to spiritual forces did not know just how right he was. For the past thirty years, the man who liked to call himself a “radar” has suffused the creativity of succeeding generations, even if his music is not often played on radio stations, who see in his esoteric lyrics a creole language full of metaphoric poetry, a pertinent radiance to guide them. “I have to die so that my body can be used as manure”, he acknowledged, when his final album Blanc mangé ? Blan manjé ? was not the success he expected on an island where zouk now reigned supreme.

Having died of a stroke in September 1991, Eugène became a legend, finally recognized as the giant he had been when alive. Songs like the anthem Roi Nigo became influences on younger musicians. Mario Canonge and Ralph Tamar saluted him, and two albums were explicit homages to him: Leritaj Mona, where musicians used his chanted lyrics in daring new arrangements rather than sticking to the original versions, turning this homage not into a simple memorial project but into a projection into contemporary West Indian musical trends. Listen to the digital riddim boosting the mouth drumming of Admiral T on Ti Milo.

In 2015 Chassol adapted on Big Sun, his road trip album from New Orleans to Martinique and India, the harrowing Bwa Brilé, sung by a woman, and in a more political vein the rapper Rocé included Pitié in his essential compilation album Par les damné.e.s de la Terre. And recently the Big In Jazz Collective recorded La Chandelle, a joyous song dating from 1976 that depicts the destruction of Saint-Pierre during the volcanic eruption of 1902. Further proof of this highly talented musician who was in a class of his own, as well as the irony of a life story that continues to resonate today  As he put it in his own words:  “If  you want to build the future, you have to think of the past and not reject tradition.”

*The archives can be seen on the site of the Musée Sacem : https://musee.sacem.fr/index.php