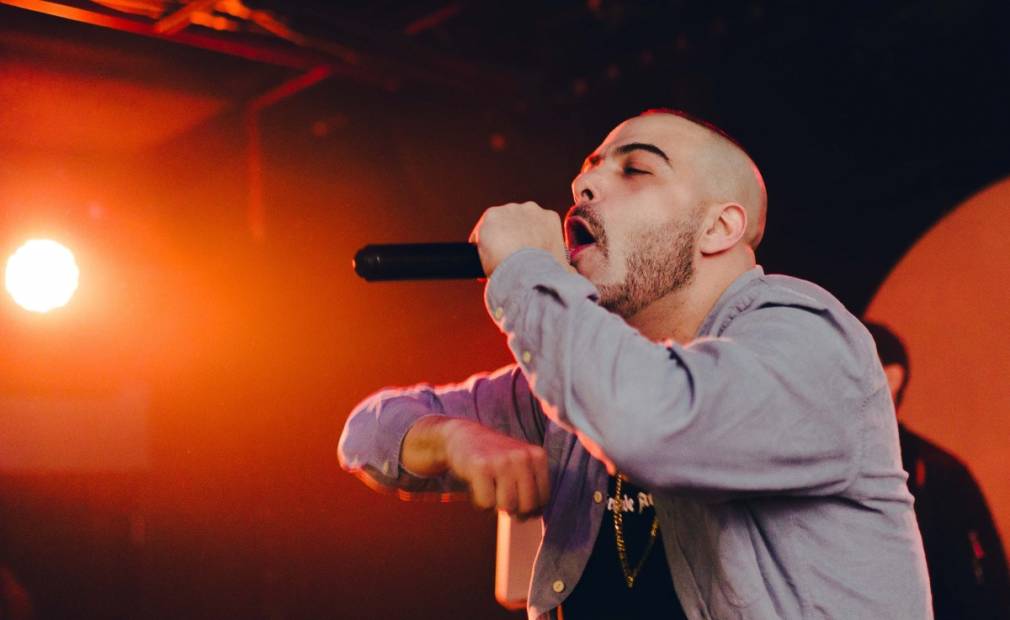 Joined by Abyusif and Abo El Anwar, PAM revisits the advent of the Egyptian trap movement; the sound which took over the musical landscape of the country, from Alexandria to Cairo.

“Do not look any further. Trap is the sound that rules in Egypt today.” For rapper Abyusif, a leader for the Egyptian movement, it’s very much clear: this sound, that continues to create waves across the world, has just opened up two new camps: in Cairo and Alexandria. The current rise of Egyptian trap is, however, the result of a journey across a troublesome path, taken by a historically abused musical underground scene.

Let’s take a flashback to the 1940s. The Egyptian music scene – much like the film industry it is closely tied to – put Cairo in the spotlight for the entire Arab world thanks to Oum Kalthoum, Abdel Wahab and Abdel Alim Hafiz, among others. When the great voices of the golden age of Egyptian music began to fade out in the 1970s, Egypt’s cultural scene began to quickly decline. What the jazz scene* managed to keep afloat in Cairo, the ’90s would tarnish with the advent and the dominance of “dance music”: half macarena, half oriental flamenco, and completely lacklustre mainstream pop – often with an accompanying music-video – and almost always for the worse.

Meanwhile, in the underground culture

Kept afloat with the remnants of the jazz scene, the Egyptian underground would come back to life with the influence of Mohamed Mounir. A key figure in Egypt’s scene who performed alongside the Cairo Jazz Band for almost half a century, who was able to satisfy mainstream audiences whilst taking a more activist and refined approach to catch the attention of Cairo’s intellectual elite. Fathy Salama and Georges Kazazian, two figures from the jazz-fusion scene also played a part in the movement. While in Europe the ’90s were dominated by rock – and its metal/grunge/pop variations –, the Egypt scene was keeping a low-profile: on January 22, 1997, around a hundred young rockers were arrested by the police in the Heliopolis district, and consequently imprisoned for “satanism”. Despite the continued work of pioneers like DJ Lethal Skillz, hip-hop had little following in this part of the Mediterranean.

The real turning point took place in the early 2000s. With a prosperous millennium, Egypt would come to experience two major changes: the onset of a globalized digital culture via the Internet, coupled with the launch of private proto-clubs. The first hip-hop bands began to emerge with MTM and their hit ‘Omy Mesafra‘, the lowrider-loving Mr. Kordy and importantly, the Arabian Knightz. The Knightz trio became known for an illustrious feat of defiance: uploading their hit ‘Rebel’ (feat. Lauryn Hill!) on the very same day the internet was reconnected in Egypt, despite threats from the government, who struggled to maintain control whilst the country was thrown into the midst of a huge social uprising. Many demonstrators marched to this track, which was produced by Iron Curtain.

This movement would be further ignited by the time of the Arab Spring and the fall of Mubarak. Baptized electronic chaâbi – or more precisely “mahraganat” (“festival”, in Arabic) – an innovative avalanche of frenetic beats combined with ranting lyrics would come to be the political soundboard for a working-class generation that felt neglected by the regime for too long. Sadat & Alaa Fifty Cent, Filo, Islam Chipsy and his band EEK, as well as the whole scene promoted by labels like 100Copies… mahraganat literally blew up in Cairo. A cathartic – and highly flammable – explosion, thoroughly documented in the superb film Electro Chaabi directed by journalist Hind Medded in 2013.

Alongside this initial grassroots mobilization, which sought to create an impact with its music, another galaxy of noisy sounds were unfolding in Cairo. Notably, at the former VENT club, in the form of the “Kairo is Koming” collective, some of whose members and supporters have continued to produce radical and illuminating music. Amongst many others, $$$TAG$$$, the co-founder of this lost club; jack-of-all-trades artist Bosaina; as well as the producer Hussein Sherbini, who has already shared the stage and studio with King Trapper Abyusif. And it’s his name that we mustn’t forget.

At the heart of this new artistic endeavour – subversive, liberated and ultra-connected, as much oriented towards the dancefloor as the streets –, Egyptian trap would emerge under the lead of its Godfather, Abyusif.

Born to a jazz drummer father, Youssef “Abyusif” Altay started out as a guitarist. He soon found himself immersed in the metal scene with the band The Overlord of the Brewing Women (yes, what a name…): “I never really considered myself a traditional rapper, since I come from a varied musical background” confides the artist. Despite his eclectic background, Abyusif, who very quickly picked up rapping, now knows exactly how to master the mentality that reigns strongly in the current game: “The musical trend that dominates all others in Egypt today is trap. I consider myself to be the number one in this scene. I think that’s the spirit mold in which rappers should be thinking. If you don’t think so, don’t even get started. Or maybe take up tennis.”

Behind this somewhat inflated, protrusive ego-trip and cynicism – which are also evident in his lyrics – hides a real mogul, who has influenced the entire current generation of Egyptian trappers: “Obviously, Abyusif influenced my way of making music,” declares Abo El Anwar. The 20-year-old rapper has been making big waves in Cairo lately and has just released two new EPs; EL Karta and Faqret El Sa7el.

“It was Ayusif who helped me explore the Egyptian scene as well as other English-speaking artists. Before that I was only focussing on local MC battles. Abyusif also taught me a lesson in how to change and adapt my flow to these types of beats and productions.”

Heavy-hitting productions, autotuned vocals, Southern-American-styled vocal ad-libs and signature hi-hat punctuation… the Egyptian scene has indeed inherited its education from the trap capital of the world, Atlanta, USA. Up-and-comer Abo El Anwar tells us that his influences are as much from local heroes as people like Gunna, DaBaby, 21 savage and Lil Baby, recently annointed by the “Trap God” himself, Gucci Mane: “I’m a huge fan of this whole wave of North American artists, I know they’ve been criticised, about not being technically talented… but I find them truly innovative!” You need to listen to a recent track like Ghalba ابو الانوار – غلبة by Abo El Anwar to understand the current levels operating in the trap scene in Cairo: “In my playlists, you will obviously find Abyusif, but also Wegz, Marwan Moussa or Marwan Pablo,” adds the rapper. With “Lege-Cy“, Wegz and their rich sonic palette a la Young Dolph, Abo el Anwar’s swift flow – in which you feel all the malice of a Peewee Longway hit – and of course Marwan Pablo** and last but not least, Abyusif, a true Trap God for the nation, the local scene is now solidly structured, and regularly exceeds the one million mark for song views on YouTube, crafting its own unique sounds with lyrics in their native language, Arabic.

Lastly, the rise of Egyptian producers is another key sign of vitality in the scene. While DJ Totti crafts musical diamonds for Wegz, Lil Baba composes beats for Abo El Anwar and then shapeshifts, changing his pseudonym to “Siika” to work on Abyusif’s tracks. Celebrating the role of the producer is still a recent phenomenon across the world, and is now also breaking through in Cairo: “Lil Baba, aka Siika, is not the kind of producer who comes and gives you a wide range of beats for you to take your pick from” explains Abo. “This beatmaker composes a song just for you, because he is confident and certain that the sound he gives you is the one that is best suited to your universe. This workflow dynamic, which we also owe to Abyusif, allowed us to release tracks like ‘LOL’.”

*For example with the activism of figures like Salah Ragab and his great Cairo Jazz Band.

**A now retired trapper: in the spring of 2020, the rising young artist Marwan Pablo, preceded by the success of the track “Free”, surprised his entire fanbase and the Egyptian scene by announcing that he was retiring from rap and music all together. “I now put myself into the hands of God,” he declared, among other things, on his Instagram account, before deleting all content on the platform. His SoundCloud page, which was loaded with tracks and beats, now sits empty. As is his YouTube page. A dozen tracks – including the highly impressive “Free” which charted high on Egyptian YouTube – are still available on Spotify for the time being.