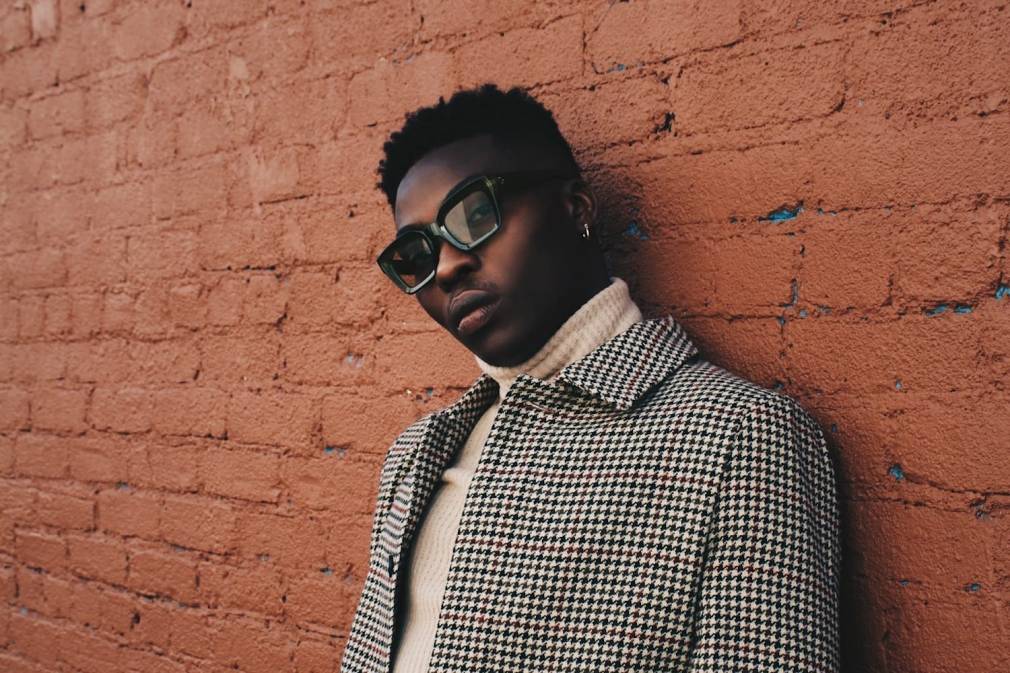 Off the Record, Reekado Banks first project since his 2016 critically acclaimed SPOTLIGHT is packed full of features and good vibes despite personal controversy and a world in turmoil.

Ayoleyi Hanniel Solomon, better known as Reekado Banks, describes his new EP Off the Record as, “something to meet the appetite of the fans because I haven’t really dropped music in the last two years”. Known as a consistent hitmaker, producing jams such as “Like” featuring Tiwa Savage & Fiokee and “Problem” off his 2016 critically acclaimed album SPOTLIGHT, Reekado Bank’s fans, aka Reekaddicts, have become restless online, pleading for new music and reacting in jubilation when Reekado drops info on upcoming releases. While Banks describes the project with some modest distance, the features on the album, which include superstars Tiwa Savage and Mr Eazi, speak to the stature of anything he touches. While Banks may have an album on the back-burner, Off the Record is 6 tracks of positive vibes and a welcomed return into the soundscape by one of Nigeria’s foremost up-and-com- ing pop stars. “Rora” which was the first single off the project released in early September is already one of Banks’ biggest hits. We spoke with Reekado Banks about the EP, his choice of features, some recent controversy, Nigeria’s political climate and more to introduce the release of Off the Record.

“All of the collabos are made out of love. We didn’t want to push stuff. I decided to work with my closest people on this”, says Banks. Originally 7 tracks, one of the songs was cut from the release due to recent controversy with none other than WizKid. When Banks tweeted at WizKid about the release of their collaboration “Omo Olomo” in October, WizKid responded in a fury of negative comments, claiming Banks was distracting Nigerians from the prescient EndSARS movement. WizKid has since released his album Made in Lagos and Banks, who responded with silence, postponed his EP to Nov. 27th. The bizarre interchange was a disappointment for fans who were looking forward to hearing the duo’s work. “I’m really just wondering what sparked in WizKid’s head”, Banks says, “He overreacted and that was just really silly of him, but it is what it is“. Since we spoke Reekado added the track “Happy Yourself” to complete the EP in the absence of the collaboration.

When asked about the End Sars movement, Reekado says “it’s a good time for us, as Nigerian youths I’m really proud of this step we collectively took”. Banks can’t help but see opportunity even amid the chaos and tragedy, “In our voices, in our behaviour and reaction to the government’s resistance against the peaceful protesters who were carrying on I think it’s the beginning of ‘amazingness’. 2023 is the next presidential elections and everybody already has it in mind that our voices are going to be united. It just seems like a brighter day for Nigeria soon.” While Banks and WizKid may have different philosophies on how to voice their support, Reekado has used his platform for good, sharing important information and giving vocal support of protestors, “It is now just a responsibility because the government isn’t taking responsibility. People still have to look up to others and it only makes sense for public figures like me actors and comedians to play their parts since the government has decided not to. So, we’re standing for the people”.

Not all of Off the Record is marred in controversy. Banks has invited a list of frequent collaborators to get the job done including Tiwa Savage with whom Reekado released his first single “Turn it Up”. On collaborating for the track “Speak to Me” Banks recalls, “I called Tiwa up, she came to my house, we linked up in the studio and it was just a good time”. The track, perhaps the strongest on the EP, has an expansive sound that let’s both artists harmonize on a vibey duet.

Next up on the featuring list is lesser known artist Attifaya, who makes a big appearance on “You Dey Mad”. “Faya is my boy, he’s one of the new artists I’m gonna be working with, we’ve been making music for about 4-5 years now Banks says This sound you’re feeling is one of them old ones to be honest because he has fresh fire. We’re currently working on an album w/ two artists right now. Faya is one of them. Faya is really talented and I’m just happy he’s finally going to be heard”. “You Dey Mad” is the heaviest take on the EP, that explores a darker, minimalist side of the Banks universe that’s more than welcome.

“Need More” was the second single to be released off the project and features London based artists Kida Kudz and EO. Uncoincidentally, the track has some Drill effects that build the bridge between the Nigerian hitmaker and the London rappers. Remembering the track, Banks highlighted the important role of his producer, Marv: “he put this collaboration together, he put the idea for this together. I was working on this song in my room with Faya and blaze and Marv, my A&R and you know we had a long day of not being inspired to creating something that we had never done before. It was exciting, Marv was excited. He knows that I’m friends with Kida Kudz and EO so he suggested I reach out to them quickly. They sent me back their verses and it was just a hot song”.

Marv’s influence also comes in strong on “Rora”, the second single released off the EP which has a Santana’esque solo right in the middle I just had to ask about: “The idea for the guitar once again was Marv. It was played by Femi Leye who I worked with in Lagos. He’s super talented. We made the song and Marv thought we needed a solo that was going to be obvious, that was going to be dominant, that was going to be music on its own. So he went ahead and spoke with Femi Leye on his own and they made magic. He came into the studio and listened to the magic and was like, ok ok. Marv and I are friends for about 15 years, he totally understands the kind of vibe I want to be working with”.

The high caliber collabos keep rolling in with Mr Eazi making an appearance on “People Dey”, an appropriate brush of the shoulders considering the recent controversy. The track is a feel good anthem with a fuck the haters attitude. “Mr Eazi is a good friend too. Banks says I started to make this song in 2016 with Altimz while I was still signed to Mavin, this song was just like every other song that I had for that long. It just really stood out for me. I decided to keep it and put it out now because it’s still that powerful. He (Mr. Eazi) smashed it too; his verse was so hot. Let’s go!“

Finally, we spoke about the EP closer “Mama” featuring native Zimbabwe singer Harmonize. The track is a taste of Highlife, sure to “take you down to Ghana”. I asked Banks how he managed to link up with an artist on the other side of the continent: “I’ve never really linked up with him besides one time we linked up at this show that we both attended. He’s really cool. Mama was produced by Tee-Y Mix. My management really just liked this one, because of the Pan African message and unifying message it’s just really big on Love. And that’s what I’m trying to preach because there’s no time there’s no need to spread anything other than love. We’re on the same page that everything is easy and lovely and spreading good vibes.“

I finished by asking Reekado what was next for the young artist. He quickly responded, talking about his upcoming album Daddy 2 Many. “I have been working on ‘Daddy 2 Many’ my mindset has been ‘Daddy 2 Many’ my life, my whole behaviour has been dedicated to D2M. That’s what I’m working on. So, until that comes, and until that’s ready to be dropped, I have Off the Record for my fans. When asked what we can expect from the new album he replied: “Daddy to Many is going to sound really good, musically, sonically, every way. I’m putting in all the work I can, all the work I’m able to put in I’m putting everything in. I’m going to put in my best in that. I hope everybody is as excited as I am right now.“

Off the Record, out on 27 November.